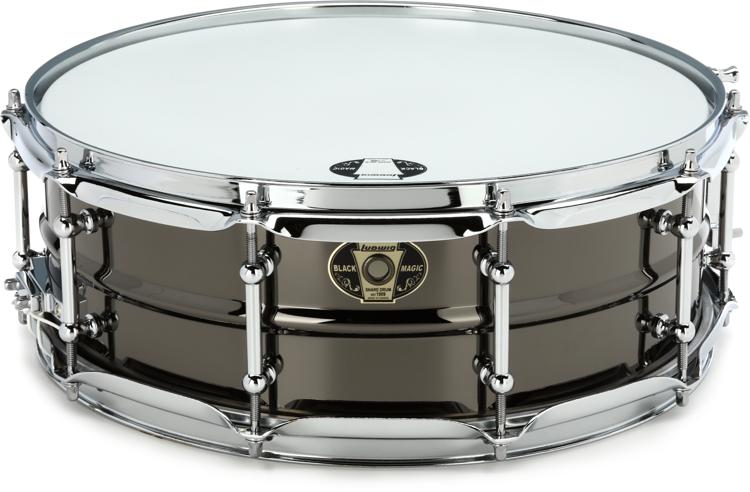 I don’t own one. But a friend of mine who has a Black Beauty, some nice Craviottos, DWs and whatnot, takes this Black Magic on the road with him as his touring snare. He likes it because it’s durable, relatively inexpensive and it gets the job done up on stage, when the subtle differences between snares are less apparent than on recording. So, there’s that. Sorry I don’t have the personal experience to share.

I don’t own one but I’ve gigged on a couple and thought they were not just good, but great.

I was on the hunt for a brass snare a few months ago... I looked at the Black Magic but could not get past the generic tube lug/WorldMax shell thing. No different than Pork Pie or PDP Ace. Hell, you could buy your own WM shell and part one together in your garage. Boring...

I went with a DW Design Brass snare (Taiwan) instead. I got a used one for about $180 plus a little bit o' shipping. I am very happy with it and it has a lot more "character" (visually speaking) than the Ludwig. Plus, 2.3 rims, true pitch tension rods (they really do make a difference), high end DW MAG throwoff, classy double beaded shell. 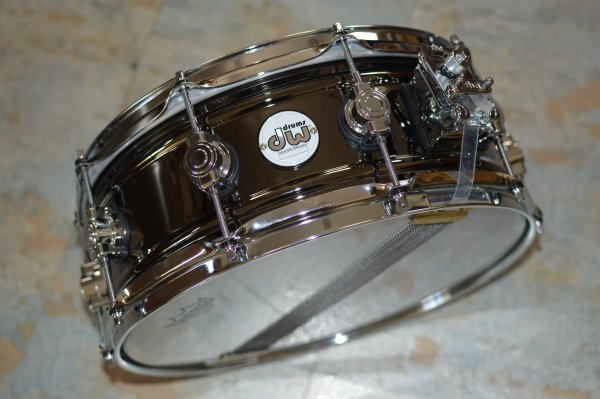 But I honestly can't reconcile the ridiculous prices high end Ludwig snares command. For an investment/collection that might be one thing but for a player, there seem to be so many cheaper choices like Pork Pie or these. Or for BB money, Oriollo or other more unusual brands.

It's nice to own an iconic or collectable drums if you can. I've got a nice RB snare, two fairly rare Fibes, a Bun E signed wood Ludwig I traded a Craviotto for, and a couple of Tempus. But any two of them don't add up to the cost of one high end ludwig snare.

I don't get it. They stamp BB's out and ship em to the nearest guitar center. Where's the mojo coming from? John Bonham's dead hands?!

I love my 14x8 brass Magic. I get fantastic “shell” tone with a medium CS reverse over a low tuned 300. The wires don’t buzz nor do they overpower the shell.

I’m not crazy about the strainer & butt (kinda cheesy w/ tiny little screws) but they’ve never given me any trouble.

The black coating is flaking on the hoops but I don’t care. This drum sounds great!

I own the Black Magic Stainless Steel. It is a great drum for gigs as it sounds killer, but it’s not so expensive that I have to worry about knocking it around. With that, I gigged with mine for 10 years, and it looks new after loads of gigs. Am using it at a rehearsal tomorrow and will use it for practice as well this weekend.

My personal opinion is that any Black Magic is a great snare for the money. (supralites are too!)

Well I'll be darned... I thought the BM Stainless was a unicorn, but it is the real deal. Live and learn! 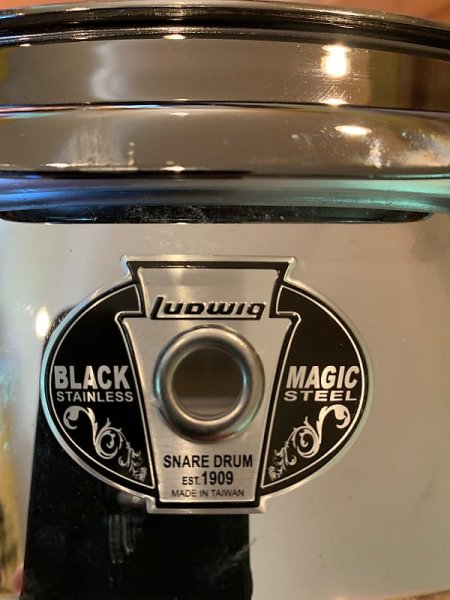 Got a text today after getting a tip about some Ludwigs

To stave or not to stave?

Question about this 9x13" Slingerland tom