Help me out.
I own two now . Pics/ video later.

They both came with internal mufflers removed.

Is that normal?
Do they have a history of buzzing...not working?

I love Billy Higgins on his .
His seemed nice and dry. Wonder if he used internal muffler.

I think there was a period where people thought they didn't make sense and could contribute to noise (now that drum has 12 full length drums...so I think the muffler probably wasn't robbing the drum from resonance in the off position)...

A friend of mine has one in White Cortex (slotted)...cool drum.

Generally they work fine for what they are supposed to do. They do have a reputation of rattling if left in the extreme off position. They seem to have fallen out of favor by the 90s to the extent that manufacturers stopped installing them as standard equipment. Lots of drummers do seem to remove them. I've never used them myself but I do leave them in place. On the used drums I've bought where some previous owner had removed them, and then inevitably lost them, I don't get too concerned since I wouldn't be using them anyway but I think you can still buy the whole assembly from a Ludwig dealer for a fairly reasonable price. My Colisseum, bought new by me in 1983, still has the muffler in place, probably near mint since I never used it.
T

Well. I bought two brand new ones to install just in case I want to and in case I sell.

I have my Precision Drum Re-Wrap Black Diamond Pearl to match my Gretsch kit and a new (to me...but 1980s vintage) Chrome Finish to go with my Slingerland or Gretsch Kit.

I love these things.

Love these babies.
A

Great drum. I own one too!
T

Nothing like Ludwig snares. I think they are the standard sound.
S

tkillian said:
Help me out.
I own two now . Pics/ video later.

They both came with internal mufflers removed.

Is that normal?
Do they have a history of buzzing...not working?

I love Billy Higgins on his .
His seemed nice and dry. Wonder if he used internal muffler.
Click to expand...

Higgins had a great touch on snare. Sounds like center most of the time, so there is little ring from his playing style already. He also used very few rimshots which would make it easier to tell if he used a muffler.

I have two snares that are missing the muffler my 1982 acro and my 1995 hammered bronze. I took the one off the acro and the bronze came with it already removed. I didn't use to like them but have grown to like them. I have a 70's 400 with a muffler and I leave it just slightly touching the batter. New ones are just under $20 I was going to buy two at my local shop and he said that Ludwig changed them in the last few years (not sure if this is true) and that they may not fit my older snares. I didn't have either snare with me so I didn't buy them. Will be interested if your new mufflers fit your snares.
T 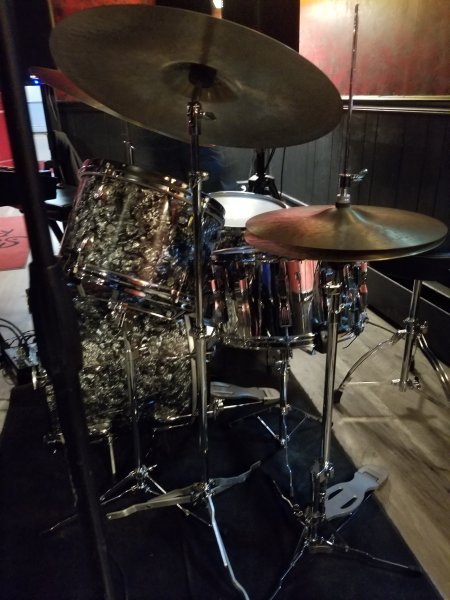 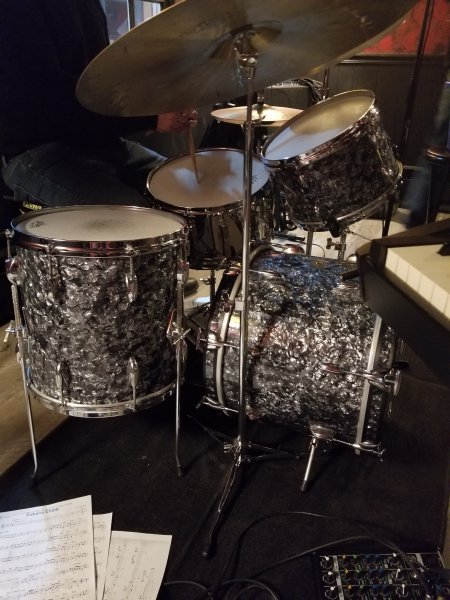 Didnt need muffler at all. Wouldn't have used it if I had one.
S

"I'd hit that"
How do you tune it? Higgins sounded different depending on the record, but I think of a high sound with looser wires, like on Joshua Redman's "Wish".
T

I tuned it medium high.
Canopus Vintage snare wires! They are on every one of my snares.

The piano player(also a good drummer) sat at my kit and played a little and said he loved the snare...

Im going to make a little video of both my colisuems.

I cant believe is just wrote the word BOTH!

It should be illegal to own two Coliseum snares
S

tkillian said:
It should be illegal to own two Coliseum snares
Click to expand...

Set one up as a bass drum

tkillian said:
I cant believe is just wrote the word BOTH!

It should be illegal to own two Coliseum snares
Click to expand...

Well, I would be screwed, I own four of them!
2 in natural thermogloss, 1 of which is a slotted shell, and 2 in blue cortex, 1 with a P 85, the other has a P 87 classic throw. I much prefer the P 85 for simplicity and the ability to use different snare wires with ease. 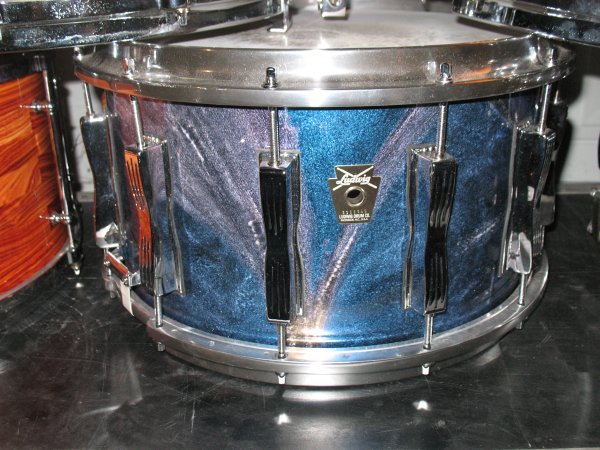 Please dont tell me those are die cast rims!?!

You must need a luggage cart and bungee cords just to move that to gigs!
F

Those Canopus wires are the truth.
L


Please dont tell me those are die cast rims!?!

You must need a luggage cart and bungee cords just to move that to gigs!
Click to expand...

Aluminum. And my trusty Enduro....

I find it funny when drummers complain about moving gear. It can't be a surprise, you knew what you signed up for when you picked the instrument...
You must log in or register to reply here.