Elvis said:
Sure! Here ya go! 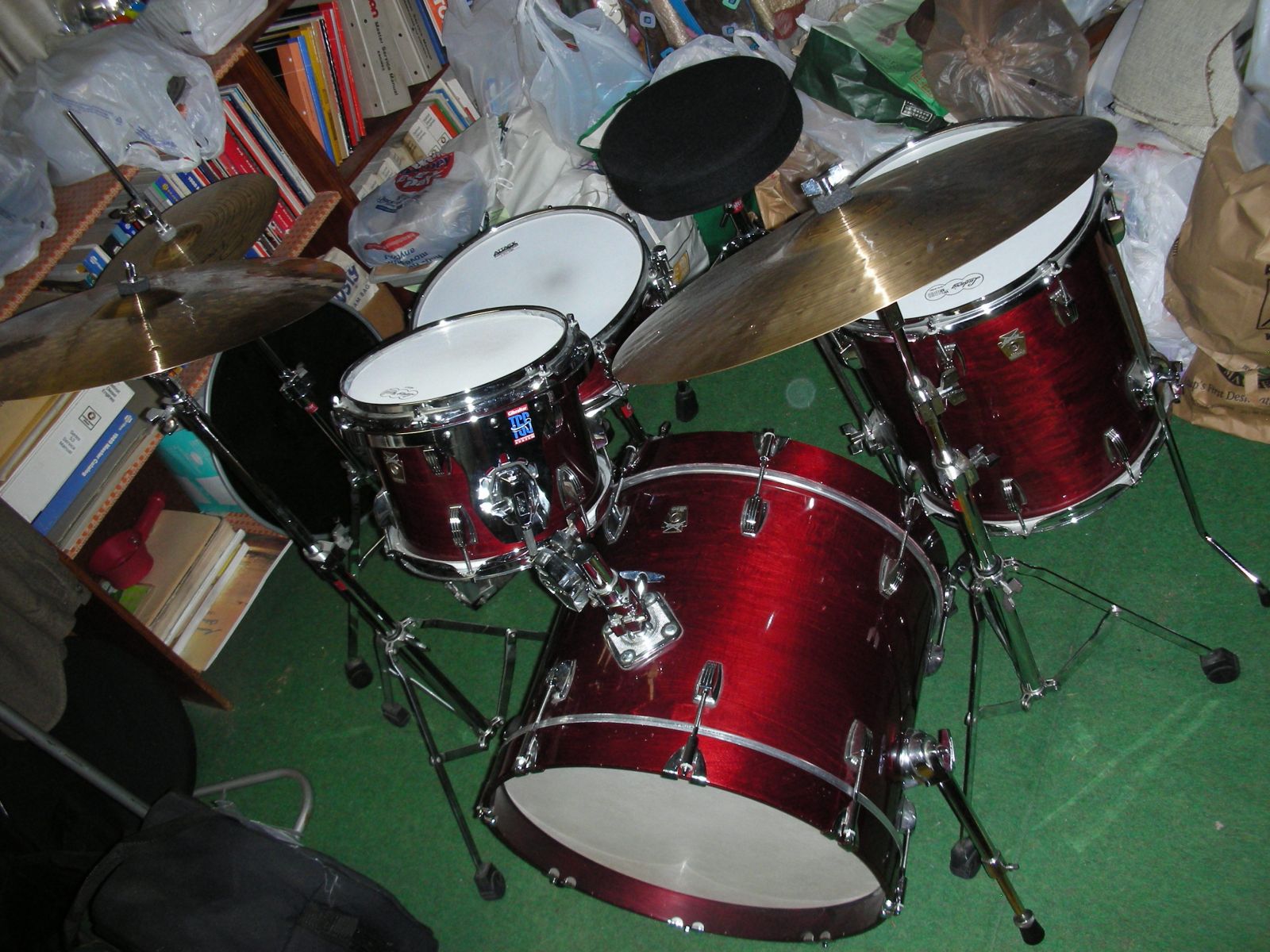 rudymild here . are those
ludwig single bar cym
stands made in tawain and
original to the kit?
i own 1998 ludwigs and
with two simalar looking
stands. im seeking two
more to match my kit.
what year is that kit and
is tom rim mount original
to the kit ? maple or birch?
kit looks great ! hope you
can respond . thx man.

Thanks for the kind words about my kit.
The stands are original to the kit, but are Gibraltar JZ series (first gen). I actually ordered them through the music store I worked at back then before I got the kit.
The drums are Ludwig Classic Maple (you can tell by the large gold keystone badge. Only the CM's had them back then). I ordered them in April of 1999 and I took possession of them during the first week of July.
Sizes are 18x14, 10x8, 14x14 and the snare drum is 13x3.
Bass and toms have a date stamp of June 1999, but the snare drum has a date stamp from March of 1998.
Those are the Gibraltar version of RIMS on the 10. Ludwig didn't offer such a device back when I bought that kit.
...btw, in case you're curious, that tom mounts on a Gretsch 'left side" tom mount. The drums originally came with the Ludwig "single tom holder", which is the same one sold through Gibraltar. I couldn't reach the tom with the original holder, because it mounts very far forward on the bass. Eventually I got the Gretsch mount and now it works a lot better.
Heads on the toms are Ludwig Weathermasters. Heavy on top, Medium on the bottom. Both coated.
The snare drum wears a coated Attack! 1-ply and the bass drum has a Remo FA on the back. That looks like the Skyntone on the front, but I didn't think they made them when that picture was taken (that pic dates from around 2009-2010). Maybe?

Cymbals are all Paiste; 20" Trad Light ride is closest to the camera, the other one is a 19" Dark Energy crash and the hats are 13's; Dark Energy top, on top, and Signature Medium bottom, on the bottom.
Its a great little kit and I've really enjoyed it.