Yep... I was 14 when I saw the video for "In My Dreams", and I fell in love with his guitars and playing style. Unfortunately they were very expensive and I couldn't afford them back then. Fast forward 25 years and I decided to finally get one of the guitars I had always dreamed of. Then I just kept adding more.


All the reason why these companies do reissues. I am sure we will see a bunch of OCDP Travis Barker and Joey Jordenson Signature kits in about 10-15yrs.

& You Dont Stop said:
Recently picked up a mid 90s Squier Strat ProTone
These are said to have among the highest build quality found within the Squier line
Nearly up there among the legendary MIJ Squiers
Click to expand...

Nice. The 90s is when Korean guitar factories really got their quality standards up there. Lots of good guitars still coming out of there today. Squire had better hardware back then, too.

I have a Squire Standard Fat Tele that has a real narrow neck. Really fun to play. It was made in Indonesia. Ace

I've been playing guitar for years....

1992 Levinson Blade R2 and Dad's 1960 Jazzmaster. The Jazzmaster is in desperate need of a restoration. Which happens to be tentatively lined up for later this year. After I get my Custom Telecaster.

And one more just because I love the color...

Is your Martin your go-to acoustic?

Never heard of Levinson. Tell me about those
P

& You Dont Stop said:
Is your Martin your go-to acoustic?

Never heard of Levinson. Tell me about those
Click to expand...

Pretty much. The J45 is a sweetie. But it's also a old girl. So I do my best to minimize how hard and often I play it. The Martin is great. Took quite a while to break it in. But yeah, I love it.

Levinson Blade is a company based in Switzerland that was founded by a ex-pat named Gary Levinson. They were one of the earliest "Super Strat" with a more traditional vibe. I discovered them in 1998 and haven't really looked back. Great guitars that can be had for short money.

Here's my other Family. Nothing collectable or special, they are all just players. But the two handmades from Saigon are awesome, particularly the Cedar over Koa and the Profile Strat with Dimarzios is electric perfection, plays like butter and has done countless gigs. 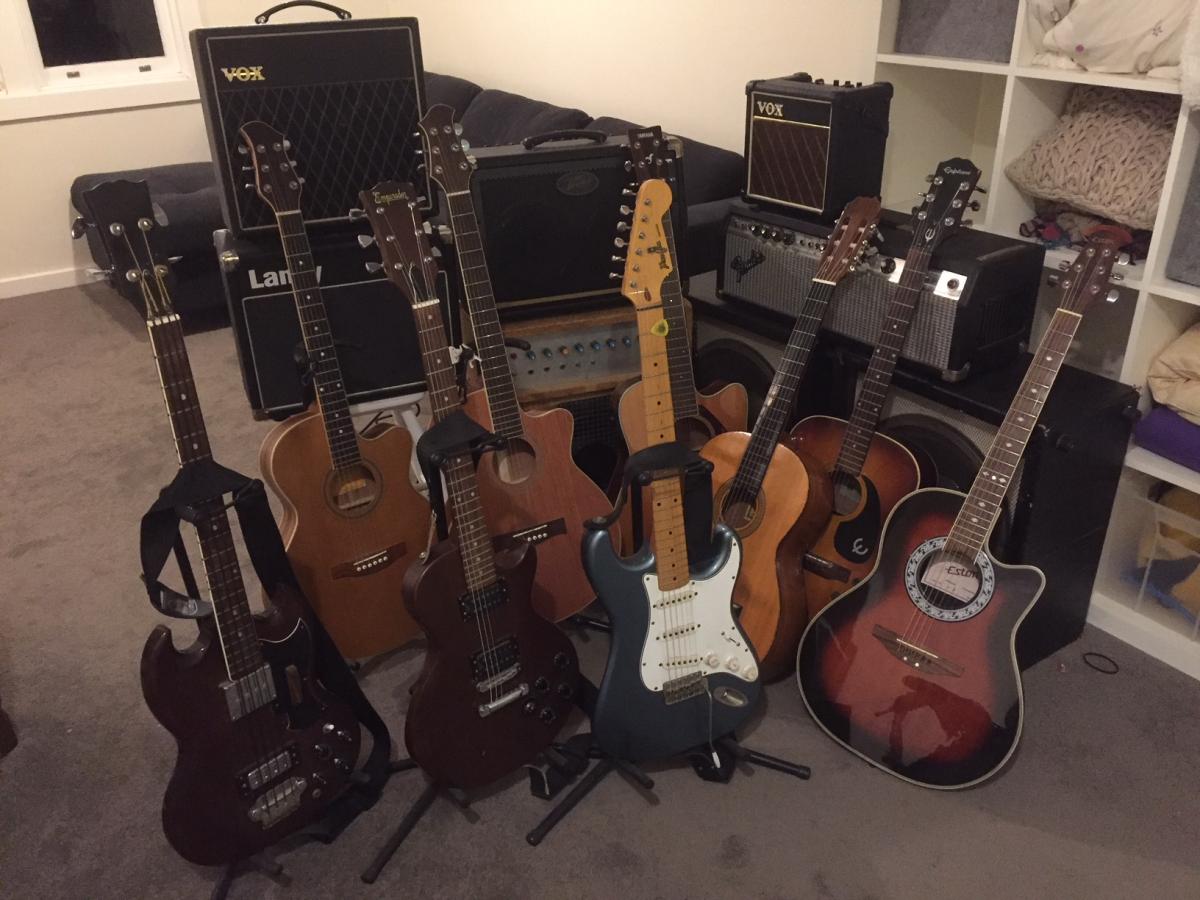 Check out the reviews on this Fender coiled cable. Funny stuff. The 4th one from Harry is great.
"Comments about Fender Vintage Voltage Coil Straight-Angle Instrument Cable:
Give this overly heavy duty, tightly coiled "20 foot" guitar cable to a fellow guitar or bass player in your band and watch the hilarity as he tries to walk away from his rig while his guitar gets yanked off his chest. Or, better yet, he gets pulled backwards and falls. Oh the laughs!
I do believe this would work well as a tow cable. Keep it in your trunk.for emergencies." Ace
http://www.musiciansfriend.com/accessories/fender-vintage-voltage-coil-straight-angle-instrument-cable/j46885000001001

yzfr6i said:
When I have to be quiet I mess around on these.

My newest Gibson Les Paul Standard with a gnarlyburly birdseye maple top. Its a 1995 "good wood" era Gibson and I just love it.

I gave this lefty Strat to my guitarist for our Hendrix tribute, but he wanted to set it on fire! I took it back (he's got so many he'll never miss it). I knows me 3 chords and I plays the hell out of them! 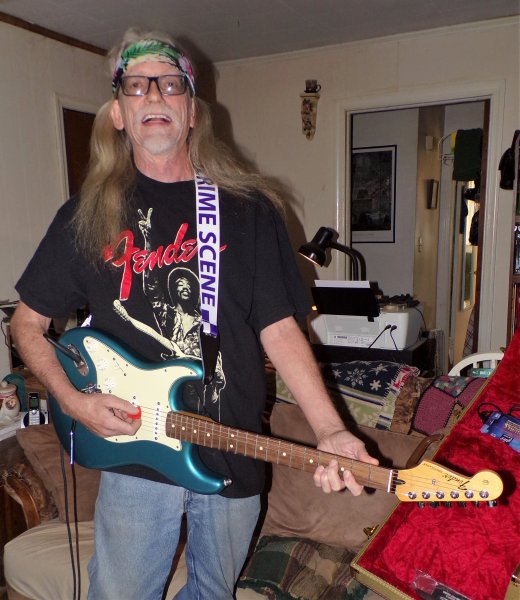 Picked Up A Practice Pad and Sticks Today
2