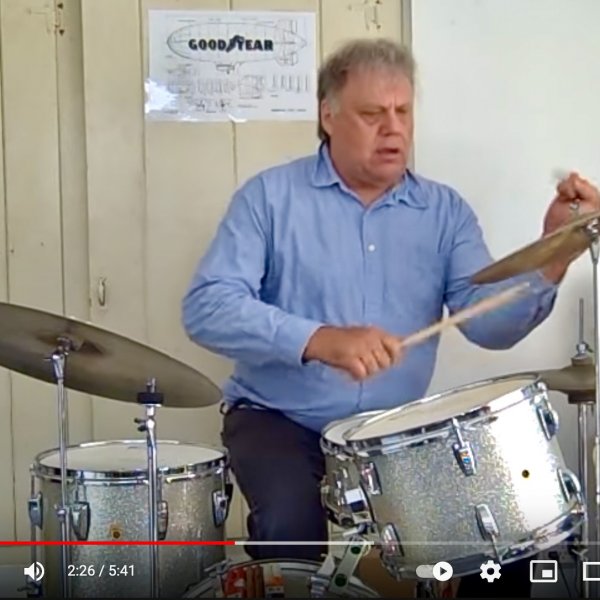 SKF NOTE: In his first email to me about his longtime drum teacher and friend, Freddie Gruber, Neal Sausen mentioned Neil Peart's stops by Freddie's house to visit with his dying friend, and to bring food for Neal Sausen and others "keeping vigil" with Freddie. Sausen also mentioned, as an aside, about a night Neil paid to have Freddie's toilet fixed.

Towards the end of Freddie's life he was bedridden pretty much of the time. Neil Peart would come by once or twice a week and bring a bunch of food for the few of us who standing vigil over Freddie. I was there every day and most of every night.

There was always someone with Freddie, usually me. Just the two of us. But other people would drop by from time to time to see Fred. Vinnie Colaiuta came by one night. Mike Baird came by one night when Neil Peart came by. I think Neil had Doane Perry with him. As usual, Neil brought some great food for us to eat. Neil was great. He really loved Freddie. Fred's lawyer was there that night as well.

Thanks, Scott, for this story.
I wish I could say this surprises me about Neil, but it doesn't - in the least. His passing left a void in the good-karmasphere.

He was an incredible human .

bellbrass said:
Thanks, Scott, for this story.
I wish I could say this surprises me about Neil, but it doesn't - in the least. His passing left a void in the good-karmasphere.
Click to expand...