OFF TOPIC: Would you like to put paint on my house?

I've got a house that needs painting so my wife will stop nagging me. I'd do it myself, but it's hot outside so I literally can't.

Would anyone be super cool and paint it for me? I'd be sooo grateful!!

You don't even need to paint the whole house. One or two sides would be a big help.

Have a DW kit to trade for labour costs?

Can't find the one. So don't know where to start.

You know I am looking for work...and live in the area....

to the posters in this thread, see this...

Please don't tell me this topic is intended as a comment on the "would you please play on my song thread".

The free collaboration of players making music with no commerce attached is a far, far longer and much more pervasive tradition way predating even the concept of the "professional" musician. For centuries, local bands and orchestras, military musicians (that were full time soldiers with their musical duties tack on above that), folks playing at town dances, and on and on were far more the norm than this notion of being a musician as a vocation.

And even with our current tradesman system, today there would be little experimental music, virtually no large ensemble jazz, little jazz period, little historical roots music like dixieland. ragtime, bluegrass and traditional celtic if everyone involved insisted on the prevailing "commercial" rate.

Personally I've been playing professionally - not counting playing local dances in high school - but real professional playing since I was 18 (almost 40 years ago) and I've never had a period of time where I didn't have a smattering of low budget and NO budget projects that I was involved with.

And for me, that was not only a aesthetic choice - but IMO an essential part of maintaining a professional career. Besides the obvious networking aspects of playing with new people and the goodwill of swapping favors, there's the aspect of always needing to maintain an "I'm here to play for the music, not because you're paying me mindset". Because in my experience even the most lucrative clients - that pay top dollar - don't want to confront even a whiff of "I'm only here because you're paying me". Even if that may be the absolutely truth of the matter for me - I believe it is essential part of my job to bring none of that to the stage, studio or rehearsal room.

And I find folks that never or rarely actually submit themselves to continually re-experiencing "doing it just for the music" have the hardest time maintaining that demeanor. They can have a professional, confident, polite demeanor - but they have a hard time selling that even remotely give a sh*t about the music.

So no, I see absolutely nothing wrong with what was posted in the other thread. According to recent threads, there seems to be lots of people here interested in getting their feet wet with recording their drums at home. What do you think their first outside jobs doing that are likely to pay? Well, the going rate since the beginning of small studio recording for a novice engineer/drummer just getting going would be.... ZERO. And after a few projects get under one's belt... the pay escalates to just a bit above that. But not much - and not for a long time...

And again - in the fringe areas of the art, free jazz, lots of prof rock, etc.. there never is any budgets, because there's hardly enough market to justify manufacturing costs, let only production expenses.

So no, you want me to go on the road playing music I don't have an ownership stake in as a sideman for no money? Sorry been there, done that. Not saying for the right person it might not be an opportunity (as it once was for me), but it is no longer an opportunity for me. I went on some earlier lousy pay tours and built a reputation that led to getting paid decent money for that work.

Same bit, play a wedding for free? Not interested. My reputation affords me the right to not have to prove to anyone that I can play a wedding by doing a few for free. Again, could be a foot in the door opportunity for someone starting out. Maybe not with the cheapskate making the lousy offer, but from the networking advantage of playing with other new players that might lead that person to other work.

But for someone doing a weird music project that I might like and/or want to support, or might find interesting or challenging to me musically? For stuff like that I have no set rate - or even a firm rule that there has to be a rate.

Quite honestly - and I was going to post this in the other thread - I would've considered throwing some drums on one of the guy's tracks from the other thread just for kicks, if only he had done more of the heavy lifting involved in making that both doable, easier and more enjoyable for me to do. I have no thought that the amount of difficultly he is throwing onto the person doing the overdubbing was intentional, but more about inexperience.

I'm fine with the no click/variable time aspect to a degree (which granted a border he's pushing greatly) - but no count-off, no road map pdf of the bars and odd meters, no after the fact created variable click, the single "lead lines and solos" too hot mix makes it far more a work thing than a fun thing. Like I said, I'll try and post my suggestions - because with a little more work on his part, I think he would be offering a great fun experience for anyone here wanting work on their recording themselves chops that also likes that style of music.

So sorry - I find equating that to "want to paint my house for free" way too jaded. And again IMO, not an attitude my drumming career would've have survived me having.

Dude. I don't even have the energy to put a "Didn't read it" Meme on that. 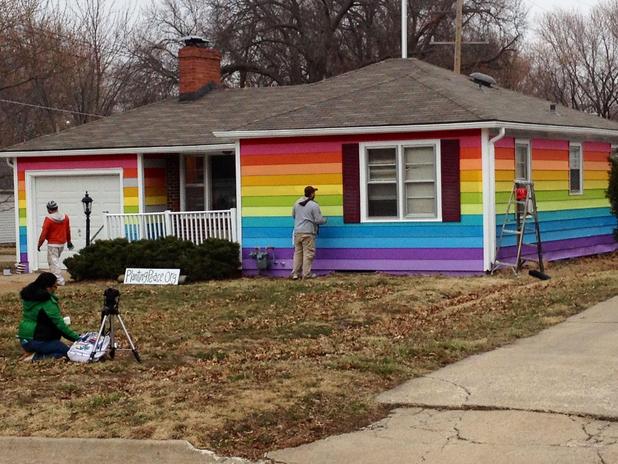 I agree that house painting comparison isn't a perfect one due to the tradition of musicians getting together to make music without any sort of financial promise or expectation. But usually that involves people writing together, practicing together and playing together for the collective interests for the members. Usually enjoyment. But in this case, the OPs request is for a much more self serving purpose. Give me drums so I can give these songs to my gf (assuming this is the real intention and he's not just gonna use these tracks as some sort of demo). Instead of a "Hey let's put in some work so we can have some fun playing music," this is more of a "Hey you put in some work for my benefit only." There's nothing offensive about offers to collaborate on music with others for no pay. But asking for others to contribute parts to a self serving project for no compensation? Eeeehhhh....grey zone. I know my conscience would never let me post something like that. But that's IMO, of course.


Edit: Also, at least OP seemed like he'd be appreciative and grateful for anything. That shouldn't go unmentioned no matter what "side" anyone is on.

Cool.That house is across the street from the Westboro Baptist church.

noahJT - I get what you mean about it being a grey area and certainly agree that whatever attitude goes along with it is a huge factor. But the self-serving part IMO is basically almost always there to some degree or another.

Back in the day, I co-led a small fusion big band group - we made some demos and played a bunch of clubs and concerts around LA. And as typical of such organizations at that level - there was little, if any bread - I doubt anyone ever made even 50 bucks for any given service - and most often far less.

Yet my name (along with my partner's) was above the group name on the marque - it was almost exclusively our compositions being played - and we were very much the leaders. And as such undeniably had the most to gain from whatever success might have come.

And while we were always as appreciative as possible and would've loved to have had the guys making more bread - it just wasn't going to happen. The project was a money pit as it was - between advertising and rehearsal space - so while no one was making much money, I was always losing (investing?) more.

Point is - it never seemed to be a problem with anyone, because anyone that wasn't interested in doing it on those terms just opted to not do it. Plus there was a pretty wide spread acknowledgement that this was the only way those types of projects ever get off the ground - or exist at all.

Heck come to think of it - around that same period of time I was working with Don Ellis band - a nationally known entity far more successful than our band - and Don's gig never paid much more than I was able to pay our guys.

So yeah I guess it can be a grey area - but I've just been on both sides of the equation - doing ones that I was interested in doing (for what ever reason besides money that they appealed to me) and also being the guy, hat in hand, asking "Hey, I've written this music that I think you might enjoy playing... we're getting together this Thursday... would you be interested in giving it a go?... No sorry, there's no bread involved at this point at all"

In a nutshell, running an original music big band is an exercise in having that conversation 100's of times over and over again on the phone. Which I did for about five years. And I have to say with all those calls, I never had a single player make me feel I was being a jerk for asking - it was always either "No I'm not interested" or "No, I'd love to, but I can't this time" and even the guys that I called over and over again unsuccessfully always finished "but thanks for calling and thinking of me for this"

Regarding our friend in the other thread - sure the individual benefit might end up lopsided - but who knows, the finished recording might end amounting to nothing for this guy and his girlfriend - yet might just the right first experience for some drummer that sets him up to go further down the path with more confidence and experience under his belt.

Any other word if everything's stated up front and each individual is getting what they want from it - the $50 to $100 dollars that might be at stake either way probably just doesn't matter that much - or at all. Leading me back to - "No harm in asking".

David
You must log in or register to reply here.

Leedy Broadway brought back to life

Sending money from the US to Canada