Part II, Adding A Logo To A Remo Colortone Head...

Just try to stop me Remo!!! 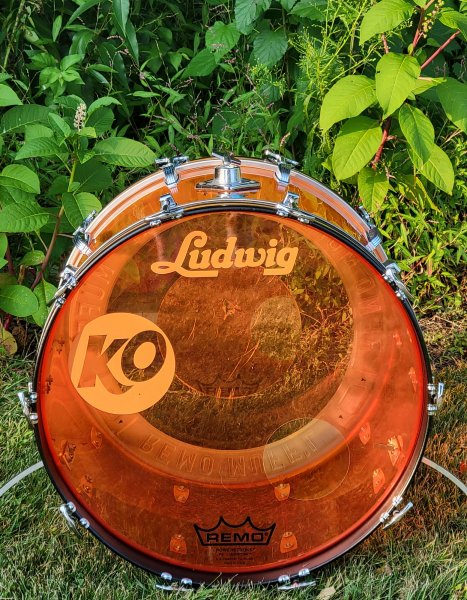 Surprised there wasn't some sort of coating to prevent them from sticking..LOL.

And I know that's the "wrong" logo for a Vistalite set but I prefer it. Shouldn't be orange either but...

will probably add an orange ring around the port as well at some point.

I also just now noticed my spur brackets are on upside-down, at least compared to the other curved spur sets I've used (not that many actually). Was this done by the factory for some reason or has somebody reversed them to put the adjustment wing bolt on the underside of the bracket? It seems to make it so the spurs need to be extended almost all the way out although I'm not sure if flipping them back would change that.

The orange lettering (both) looks super cool with the color of the Vistas!

I'm pretty sure that the spurs exit the brackets at an angle (trying to remember my Vista kit with those spurs back in the early '70s), so if you flipped the brackets over so the bolts were on top the spurs would not have to spread as far as they do now.

Dig it! Makes me think of the RC Cola logo... and now I want an Orange Soda. 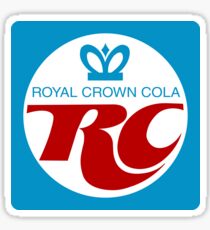 My monogram logo font is the one used by Kool-Aid.

Very Kool Kevin.
How do you like the Muffl on your Vista? I’ve got a Superkick II on my Vista (24” Green Pro-Beat)and although I like it, I think there’s room for improvement.

It kinda gives off this vibe: 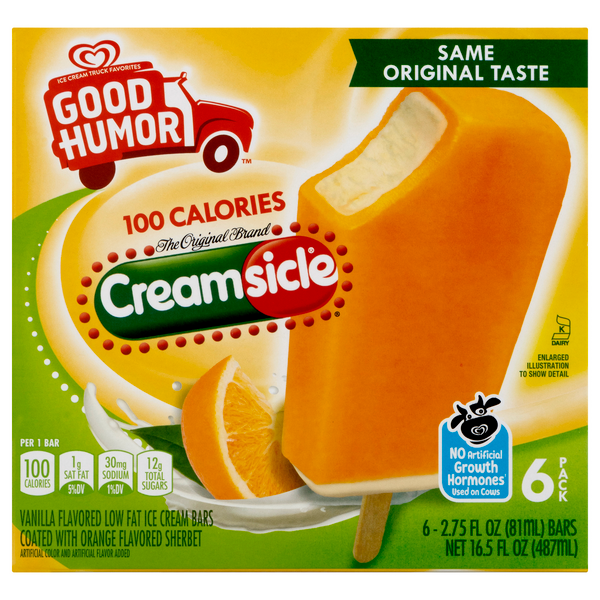 OK, I see it now, that Remo logo is just HUGE.

Man i did not realize how huge the Remo logo had gotten. And of course they put it right up at the edge so you can't even cut it out when you port the head. What a pile.

Drum looks great though! I'll avert my gaze from the crown-shaped atrocity.

Titletown Tim said:
Very Kool Kevin.
How do you like the Muffl on your Vista? I’ve got a Superkick II on my Vista (24” Green Pro-Beat)and although I like it, I think there’s room for improvement.
Click to expand...

It sounds fine but that is just the way it came to me. I was thinking of trying a clear (or colortone) PS3 on it.
You must log in or register to reply here.

Picked up my first Ludwig Pioneer - 1961

O
What do you hear in a higher quality snare drum that you don't hear in one of lower quality?
2