Positive News About Mike Portnoy. Not About His Band of the Moment.

I'll admit that I've been harsh on Mike Portnoy over the years by, for example, writing that he joins and quits band with the same frequency I change my socks. I've said seven women -- at the most -- are at the gigs he plays and all seven ask "When is thing going to be over" within two songs (or 45 minutes). I've made unflattering references to his hat size.

But, I'm a huge fan of how he helped an Indonesian kid who shot to fame on YouTube drumming Dream Theater songs a drum set stitched together from old buckets and drum heads fashioned out of paper plates and shipping tape. It essentially looks like a "Gilligan's Island" drum kit the Professor cobbled together using items he found washed up on the beach.

YouTube's comments section was filled with people practically demanding Portnoy buy the kid a drum set ... Not sure why they didn't ask Mike Mangini -- who has an actual paying job at Berklee -- but Portnoy came through ... paying for the kid to make the 20-hour trip from his remote island to the nearest drum shop to pick up a drum set worthy of his skills. It almost makes me feel better about the entire Noodly Doodly community.

Metal Hammer has the story, including video of the "Gilligan's Island" drum set. I'm happy to report to you gear nerds that the new kit is Tama and Sabian, a solid step up from what he was playing. 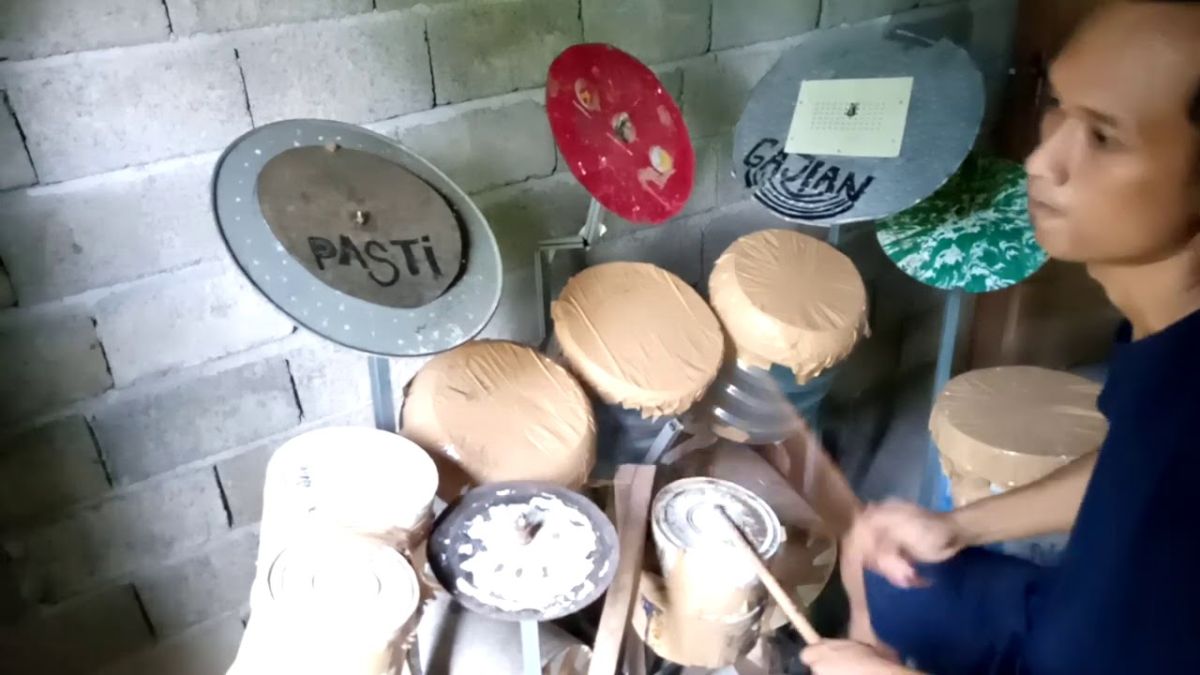 Indonesian drummer with homemade kit gets upgrade thanks to Mike Portnoy

Cool story. Those new ones are going to be very very loud. Hope his neighbours are OK with that.

Mike Portnoy is an interesting mix of moodiness and his latest objective on a whim.
BUT.........I've seen him play live on several occasions and there is no doubt the guy has jaw-dropping skills.
S

Not an MP fan but kudos to him for that beautiful act of charity and kindness.

I’m not saying this in a disparaging way towards Portnoy but he’s not taking credit for the gift. He said Tama was supplying the kit. I’m sure he had discussions with Tama about it but they actually supplied it. He said he was getting bombarded with messages on social media linking him to this guy’s videos.

Nice gesture. I’m all about finding the positive examples and the good in people these days.

How many women need to be at a show VB ?

Houndog said:
How many women need to be at a show VB ?
Click to expand...

Bottom left, I think it's that kid's mom. What a nice lady to take her boy to the show.

Great story, but didn't Portnoy leave the band a decade ago? Did no one think Mike Mangini had the pull to get the kid a Pearl kit?

Redbeard77 said:
Great story, but didn't Portnoy leave the band a decade ago? Did no one think Mike Mangini had the pull to get the kid a Pearl kit?
Click to expand...

I think the kid was playing along to songs MP was the drummer on ......

Houndog said:
I think the kid was playing along to songs MP was the drummer on ......
Click to expand...

Redbeard77 said:
Great story, but didn't Portnoy leave the band a decade ago? Did no one think Mike Mangini had the pull to get the kid a Pearl kit?
Click to expand...

I didn't know this since I didn't follow the Noodly-Doodly world closely back then, but I stumbled across a story that it quickly became apparent that Portnoy wasn't working out with Avenged Sevenfold and tried to get back with Dream Theater. Apparently, the Dream Theater lawyers cautioned against re-hiring Portnoy in the fear that Mangini would sue because he left a good job at Berklee to play for Dream Theater's almost fully male fan base... Like sands through the hourglass, these are the days of our Noodly-Doodly lives.
You must log in or register to reply here.