(Sorry if this has been covered, search results said “pad” was too short of a word to search)

I have a moon gel pad, but I’m looking for something with more rebound. Suggestions?

I use the Vic Firth double sided 12” one. It’s very nice!

I've got three pads, a student destop type with a denser rubber pad that I attached to a stand, a RTOM Moongel Workout pad, and a Reflexx (now Zildjian Reflexx).

I rarely use the rubber pad anymore unless I'm looking for some legit rebound, but I do have to be careful as the shock from that pad does cause me some discomfort in the left thumb after some time. Also it is the loudest of the three pads I currently have, so it's not great for sessions later in the evenings (i.e. considering nearby neighbors), not sure if that's an important consideration for you?

When I want a real wrist workout I almost always will gravitate towards the RTOM Moongel, and like that it is so darn quiet, and I don't feel the thumb issue as much on the rubber pad, but as you know the rebound just isn't there compared to others!

Most of my practice sessions are now done on the Reflexx, with the more 'active' rebound side and the sound is pretty quiet too, so I don't worry about the neighbors at night. I tried this pad initially because the rubber pad was giving me some discomfort (which I will attibute to originating from playing those dang springy e-kit mesh heads). The rebound shock from this pad doesn't seem to bother my thumb nearly as much/often and I can practice for significantly longer periods of time, so for me that was worth the price. I do slow the tempos when I practing double grace note sticksings like a drag or ratamacue due to the reduced bounce on the Reflexx compared to the rubber pad. The material is not unlike that you may find in a wetsuit - of course it is thicker on the pad (one side is 3/8" the other 1/2"), but it will give you an idea of what it is.

The other pad I was considering was from the ProLogix line, but I didn't care for their 'rim' feature for accents - I can place an accent on any pad material and don't need a rim to accomplish it, so I just never warmed up to their pads... but they do have a great variety of surfaces and some are interchangable so that offers a good value as well so you're not buying so many different models.

So I'd suggest to look at either Zildjian Reflexx and the offerings in the ProLogix line.
Last edited: Oct 14, 2021

Why do you want more rebound ??
Seems like that doesn’t do your set playing any good ….

I have 3-4 pads and use the Reflexx exclusively at this point. It's quiet and the feel is nicer than any of my others.

I'd be curious to hear others opinions on this but I'd say the deader side of the Reflexx is roughly like playing a floor tom or maybe even a loosely-tuned floor tom. The more rebound-y side is kind of like playing a loosely-tuned snare drum or maybe a small tom. I mostly practice on the more rebound-y side as it feels like a nice middle ground relative to the various surfaces of a kit.

Jazz Turkey said:
(Sorry if this has been covered, search results said “pad” was too short of a word to search)

I have a moon gel pad, but I’m looking for something with more rebound. Suggestions?
Click to expand...

More rebound--- it all depends exactly what you're looking for since "more" is so relative a term. For a realistic rebound, I've found the Aquarian Super Pad (that can rest on a snare drum or alone) is the most realistic rebound compared to a regular tuned snare drum. For a little less rebound and super quietness, the blue Prologix pad works quite well.
The rubber pads bounce too easily, especially the Vater ones I have, while the Real Feel pad is a tad less bouncy but too bouncy nonetheless. Try practiciing on these regularly and when you switch onto a real snare, your rebound technique will feel "off."
Ideally, you could check out 1 or more of the pads you're considering in person at Guitar Center or a music store.

5stroke said:
More rebound--- it all depends exactly what you're looking for since "more" is so relative a term.
Click to expand...

thanks for the replies everyone

“realistic” snare drum response is what I’m looking for. I have a moon gel pad for a less-bounce option.

I like to use them one after the other , they compliment each other nicely . 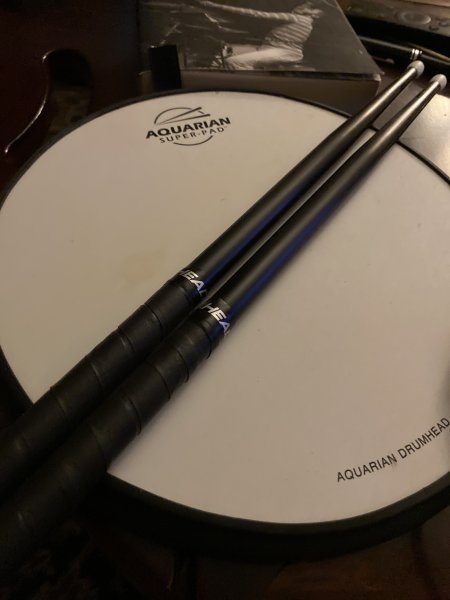 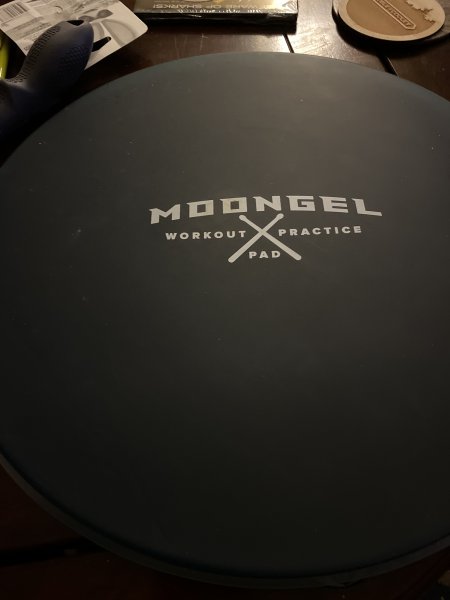 How do you know when it’s time for a new drum teacher?
2

Sad News and an Appreciation of Surf Music
2

M
Why does my drumming improve when I practice with headphones on?