Slipknot co-founder and drummer (through 2013) died in his sleep at 46.

He influenced a generation of drummers and inspired Pearl's Joey Jordison signature snare. He suffered from a form of multiple sclerosis.

We lost an absolute legend today, Joey is the reason I ever wanted to play drums in the first place. Rest in Peace. 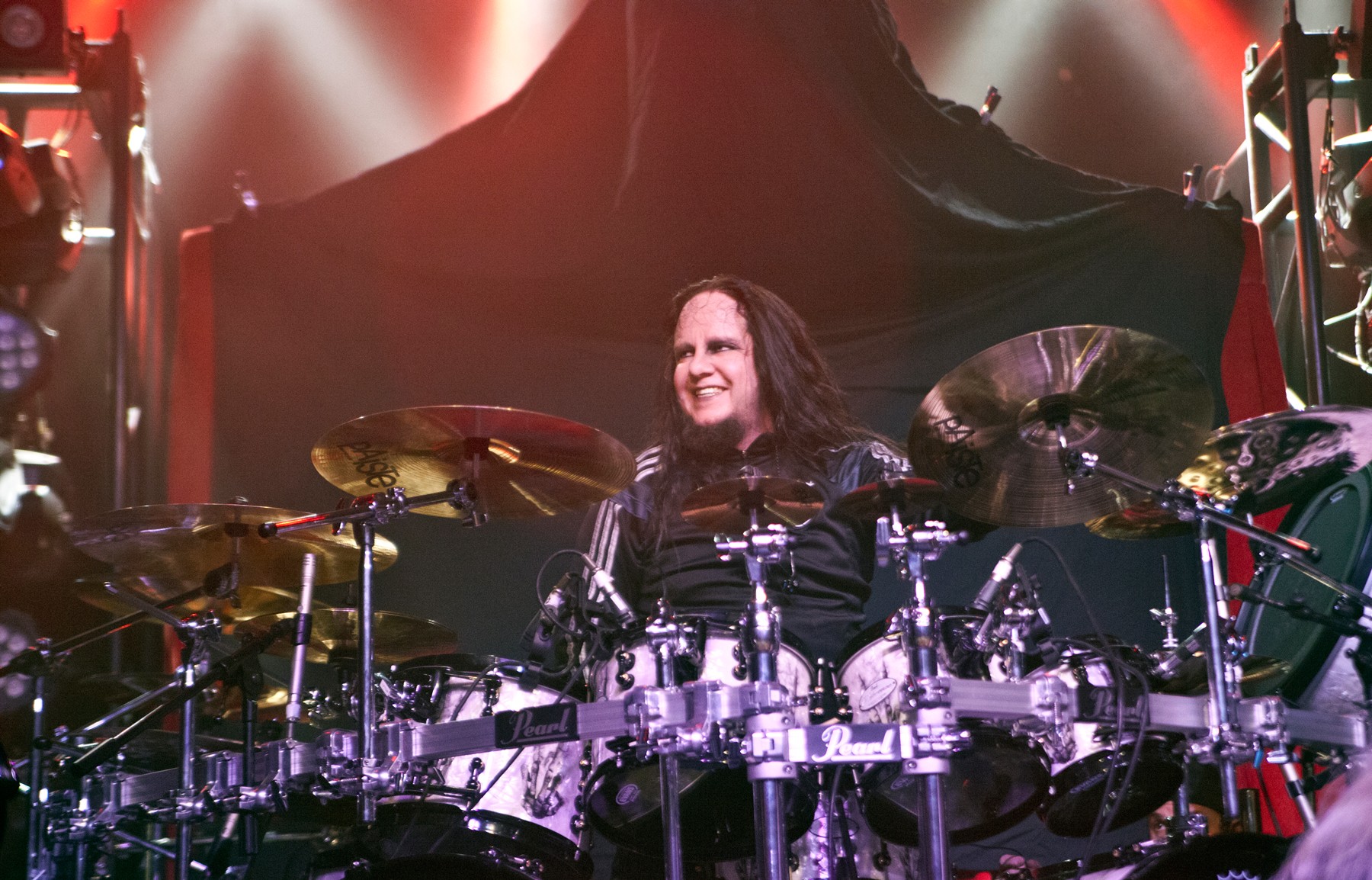 “Joey’s death has left us with empty hearts and feelings of indescribable sorrow,” family writes of musician

Joey Jordison, Slipknot’s founding drummer and co-writer of many of their biggest hits, died on Monday at the age of 46. A rep for his family said he died peacefully in his sleep but did not specify a cause of death.

“Joey’s death has left us with empty hearts and feelings of indescribable sorrow,” reads a statement from Jordison’s family. “To those that knew Joey, understood his quick wit, his gentle personality, giant heart, and his love for all things family and music. The family of Joey have asked that friends, fans, and media understandably respect our need for privacy and peace at this incredibly difficult time.” The family intends to hold a private funeral service.

Jordison was playing with a group of Des Moines, Iowa metalheads who called themselves the Pale Ones and later Meld when he suggested they change their name to Slipknot in 1995. Within a few years, the band’s lineup expanded to nine members who wore nightmarish masks, they fused metal and rap aggression in a way that placed them at the vanguard of the nu-metal explosion. Thanks to steady touring and explosive live shows on Ozzfest, their 1999 self-titled debut went double-platinum. Jordison’s neck-rattling rhythms and death-metal blastbeats were a crucial ingredient to the band’s sudden success.

This story is developing.

Well THAT sucks!
B

I am totally floored, and at such a young age.

His influence on younger drummers is undeniable. RIP

This one hits hard. Wow.

Never cried at a drummers passing until this one. One of the all-time greats.

Terrible news. Too young and too talented. Sorry to hear this. RIP JJ

Such a young guy, that's too bad.

I remember the first time I heard 'Wait and Bleed'. So much energy, he blew me away. Now he's hanging with Vinnie and Rev. RIP.

Amazing drummer, Sic is a tune that just blows my mind whenever I hear it.

Not to be crass, but do you think his signature Pearl snare will be worth more money now? Do you think Pearl will continue to sell it?

sixplymaple said:
Not to be crass, but do you think his signature Pearl snare will be worth more money now? Do you think Pearl will continue to sell it?
Click to expand...

I'm sure Pearl will keep it in the lineup. I'd love to see a reissue of the one with the Slipknot logos, but we'll see. There are always gonna be people who jack up the prices of signature instruments made for artists that have died, just like the Vinnie Paul snare. Lucky I got mine for a good price because I've seen people asking as much as $1000 for the Vinnie Sig. I had a JJ Sig for a long time that served me very well.

I hated the music. I hated the band. I hated the costumes. I hated the theatrics, but I am saddened to hear about his death at such a young age. Condolences to his family.
Last edited: Jul 28, 2021

Heard about this a little bit ago. So crazy.

GOATS - Greatest Drummers of All Time, As Voted By You
5 6 7