The simpler the drumming, often the harder it is to play. Some of Ringo's stuff is hard to play, not least of which because he's left handed playing a right handed kit - drum fills that lead with the left for example.
It all depends how fine your critical skills are. I've watched a lot of Youtube drum covers that include too many drum fills, have a lumpy feel and miss basics like having the drums build from the beginning of a song to the end.
Yes, a lot of people can play simple drum parts like Ringo, Charlie Watts and Mick Fleetwood to about 75%, but it's that last 25% that makes those drummers revered.

JOE COOL said:
and lets also be clear ringo is not the problem, its some here who post that have a problem with ringo.
Click to expand...

What's actually going on here is that some forum members simply cannot deal with the reality of famous drummers, most of whom are superior musicians. If they post here, they are criticized or even attacked. These are the guys who go to bars and chastise the drummer. It's the absolute dead giveaway of an amateur hack.

Whitten said:
The simpler the drumming, often the harder it is to play.
Click to expand...

^^^ This. This alone is the great lesson of my entire drumming "career".

If any”Pros” have left this forum it is because guys like you and society at large entitle them with your Sycophant-ish celebrity worship to the point that they can no longer stand a hot kitchen.

Whitten said:
Err I've done exactly that. I've sat in a room with McCartney for three years. I've worked numerous months with Geoff Emerick. I've worked with George Martin. I spent three years with Paul's personal assistant (who has looked after him for decades). At no time did anyone let slip, on purpose or by accident, that Ringo didn't record the drums on The Beatles records. I AM arguing my position. You are just arguing with absolutely no facts and no personal insight You keep dismissing anyone's point disputing your theory, while not accepting that high standard for yourself. You've just made up a negative about Ringo, with no evidence to support it, simple as that. If you have ANYTHING that proves he didn't play on The Beatles recordings, lets see it.
If anything is 'intellectually defunct' it's arguing about something you know NOTHING about with people who know quite a lot. A claim with zero evidence has NO MERIT.
Click to expand...

Go back a reread this thread, I never said that “He didn’t play on the Beatles recordings” that’s an absurd, broad claim and a strawman of your own making.

What I did say is that post Revolver, all the way up until today, there is scant video of Starkey replicating his post revolver drum parts, even iconic parts like his solo from “The End”. Also, almost every time we see him on stage post Beatles, there is another, pro level drummer right next to him doing all of the heavy lifting while he plays a lazy 4/4 beat next to him. That is notable, especially within the context of the cult that has formed around him.

So that is my evidence. I find it extremely odd that in the 50 year, post Beatles, with all the air and opportunity, internet and cell phone cameras, one can not find the worlds most iconic drummer on stage leading a band on his own or any, prolonged video of him sitting behind a kit showing his method.
W

Nacci said:
Go back a reread this thread, I never said that “He didn’t play on the Beatles recordings” that’s an absurd, broad claim and a strawman of your own making.
Click to expand...

No, it's just that I can read and have good comprehension.


Nacci said:
That fact of the matter is there is no video evidence of Ringo playing 95% of the post Revolver material.

This is also where we see the drumming become far more sophisticated and experimental. Diverging in style from the Rockabilly style that put Starkey on the map.

I am curious if there is another drummer out there that has reached the acclaim of Starkey that no one has seen replicate his most iconic parts.
Click to expand...

Whitten said:
No, it's just that I can read and have good comprehension.

Alright, I’m going to take that is you waving a flag of concession. I don’t blame you. You really have no other option.

We’ll wait and see what happens when this Peter Jackson Get Back infomercial comes out. Will it have some solid, pronged footage of Starkey playing his method or like the trailer video that Bplauzzi foolishly posted; will it be full of jerky 2 seconds shots of Starkey playing drums that don’t match up with the audio?

Nacci said:
Alright, I’m going to take that is you waving a flag of concession. I don’t blame you. You really have no other option.
Click to expand...

I am sorry for your delusion. Try to get out more. 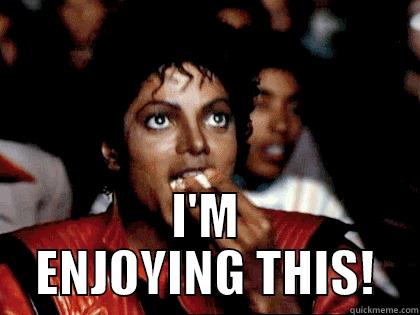 I don't even understand why this is still going on. It's well known that Paul played drums on a small number of songs and I personally feel that pauls drumming pales in comparison to Ringo. It just doesn't feel the same to me.

I don't think it's hard to understand why there isn't any footage of Ringo playing parts post Revolver as the Beatles stopped touring and the Rooftop was the only live show they did. Personally I think the stuff Ringo played in the early days was much more challenging as far as technique goes. Ringo could play some pretty fast tempos without missing a beat.

This is a great example.

Actually, after seeing five pages half-filled with insults, I think it's time to lock the thread and move on. I'll assume everyone's point has been made.

This posted before? It has to be posted! Ringo Starr Tells the story of his First Ludwig Drum Kit.

“Why do the Beatle records feel so great? One word: Ringo."