60's Drummer said:
I truly get your point. I am dead. I am wrong. I am prognosticating. But I’m kind of a happy idiot. At least I know it has no value except for me.
Click to expand...

You are not the person this is sent out to.
You are not the on air personality, or the Radio Station programmer, or the mixed media writer … you are not the “professional” that has attempted for years and years to justify their own worth.
You‘re just a guy (like the rest of us) that has been giggling at the pablum sent out by those others that try so hard to impact our tastes.
One of the biggest epic fails in human history.
Record sales don’t tell the tale.
And airplay is about the same level of lie.
Way more to the story.
Just another attempt at “adjusting” the masses groupthink.
Knob and Putz Inc.

Drdrumdude3009 said:
Radio has been slowly killing itself for years. They would always play the same hundred songs to the point where you could set a watch to them; some classic rock stations would nearly sound simulcast with their playlists. Now it seems there is 40% content and 60% commercials, many for products that I don’t know how the ads weren’t banned by the FTC! I listen to talk radio much of the time in the car and created a YouTube playlist for home.
Click to expand...

Same. Only in the car YouTube for everything else.

Sonar Dave said:
Hey Hey My My!
Click to expand...

May we all stay forever young and Neil in appreciation. No I said. Not peel Siri you are a bigger idiot than me. I said.
Last edited: Jun 12, 2022
R

A.TomicMorganic said:
Last night, I spent about an hour listening to Seattles most popular radio station. Heard about 15 tunes. Guess what? NO guitars, NO drums, NOBODY actually playing instruments except synthesizers. This is popular music in the 2020s. All you people who play drums and guitars are now considered dated by today's young listeners. Oldies. Classics. Oh sure, There are alt bands that play music, and a few that are new enough to carry over for a while, but it is over folks. Just like the big bands. It was great while it lasted, but the great music revolution is done. I feel very, very fortunate to have been part of that movement, but the world is moving on.
Click to expand...

Who listens to radio anymore?

Even though I can't stomach the CBC , every once in a while on Sunday at 4 o'clock pm I'll tune in to ' Cross Country Checkup ' . I have an old Sony AM/FM/Shortwave with all sorts of buttons and dials sitting on top of the fridge . We had a tornado here in Ottawa recently and were without power for four days . It was kind of cool to tune into things ... it uses six D batteries . My dad bought it during the Solidarity crisis in Poland @ '81 . Still works like a charm . Superior Japanese quality .

As far as music goes , most of it sounds the same from station to station . I don't pay much attention or take it seriously , though once in a while I find some classical program that's relaxing or the French FM easy listening station , a good thing to doze off to on a rainy afternoon . Like today .

Hey 60s Drummer
I‘m just writing loud and obnoxious anger words to fit in with the expectation here.
It is done with humor.
Par for my course.
Take my stuff with the tongue firmly placed in the cheek.
Enjoy.

Mcjnic said:
Hey 60s Drummer
I‘m just writing loud and obnoxious anger words to fit in with the expectation here.
It is done with humor.
Par for my course.
Take my stuff with the tongue firmly placed in the cheek.
Enjoy.
Click to expand...

1. The size of the venues are getting smaller & smaller and the amount bands that are taking their place are not rock. This applies to established legendary bands and for local bands both.

2. Bands that once filled these larger facilities on their own now need to combine with others of once similar popularity to do so.

3. Drum and guitar sales are diminishing. The drum section at NAMM in particular has shrunk to a third of its size of 15-20 years as the electronic section continues to grow.

Squirrel Man said:
You're half right.

Rock isn't dead just as jazz or disco or whatever isn't dead. It's just not mainstream. (edit: - it's slipping out of mainstream)

Decades ago old jazzers were saying the same thing about their generational music when rock hit the front stage. Down the road the same thing will happen to that radio station crap that you just listened to.

It's "vintage" and that's a good thing to be.
Click to expand...

If it is not dead, it’s dying like jazz before it while I was growing up a very slow death.

I see the same thing with baseball. Little League has half the enrollment that it did 50 years ago and the average fan is in its 50’s where the other of the 4 major sports is in its 40’s. People need to be honest with themselves about what they like.
B

RIDDIM said:
Who listens to radio anymore?
Click to expand...

Oh I do. To listen to the current Cleveland Guardians game.

Oh I love dinosaurs. Truly I do. Nothing wrong with 'em either.
B

bigbonzo said:
Oh I love dinosaurs. Truly I do. Nothing wrong with 'em either.
Click to expand...

I do too. I saw The Temptations the other night. They had Otis Williams, one original Temptation and he was 80 years old and singing and doing the choreographed stuff. It was awesome. They had a full big band and the drummer was tight. Great show.

Tickets were $70 and we were close. Crazy. There's something to be said for liking and going to concerts for people whose music is "dead".

Add in the fact that musicians, unlike jocks, continue to get better and more knowledgeable about music as they age.
Last edited: Jun 13, 2022

Rock's corpse is still warm but the toe tag is in place on it as it lays inside the morgue drawer.

Millennials have taken over the world.

Last week my wife and I, along with my son and his girlfriend, attended the Brit Floyd (Pink Floyd tribute band) concert. The majority of the audience was 50-70s but I did see a few in their 40s. My son, who is 21, knows the Pink Floyd album/track listing better than his old codger dad.
Last edited: Jun 14, 2022

Methinks the “death or rock and roll” has more to do with the current state of the recording industry than with changes in the tastes of the listening public (though taste preferences do play an important part in this discussion).

One could make a strong argument that once its sustaining business model disappeared, the recording industry got out of the “music business” and pivoted to the “celebrity culture” business where the objective is to find people capable of becoming a “brand” so they can sell products unrelated to recording like clothing, vodka, jewelry, or fragrances. Record labels recoup their investment through “360 deals” (that can also include ownership of the artist’s name and likeness), getting a percentage of the income their artist generates across all verticals.

This is the main reason why there are far more solo acts signed to labels nowadays than bands/groups. While the latter had traditionally been almost self-sufficient (often wrote, performed, and/or produced their own material), most contemporary solo artists rely on a relatively small number of outside songwriters and producers for their musical direction. Lastly, and perhaps most telling regarding the current state of the recording industry, are the large number of “recording artists” with scant detectable musical ability who nonetheless rule the charts, a feat few would have thought possible ten or more years ago.

As for what gets played on the radio, that can be viewed as a chicken-or-egg question: radio plays what the public wants to hear, very often based on what the public hears on radio. Streaming services can fulfill the same need while being customizable (i.e., only play metal), or can algorithmically “guess” what the listener might want to hear next. Regardless, when the relationship between radio and the recording industry is viewed simply as between a content-provider and a content-distributor (rather than two curators with a shared agenda), the underlying reason why what one hears what they hear may not necessarily be just a matter of taste.

Squirrel Man said:
So in conclusion...

Rock's corpse is still warm but the toe tag is in place on it as it lays inside the morgue drawer.

Millennials have taken over the world. 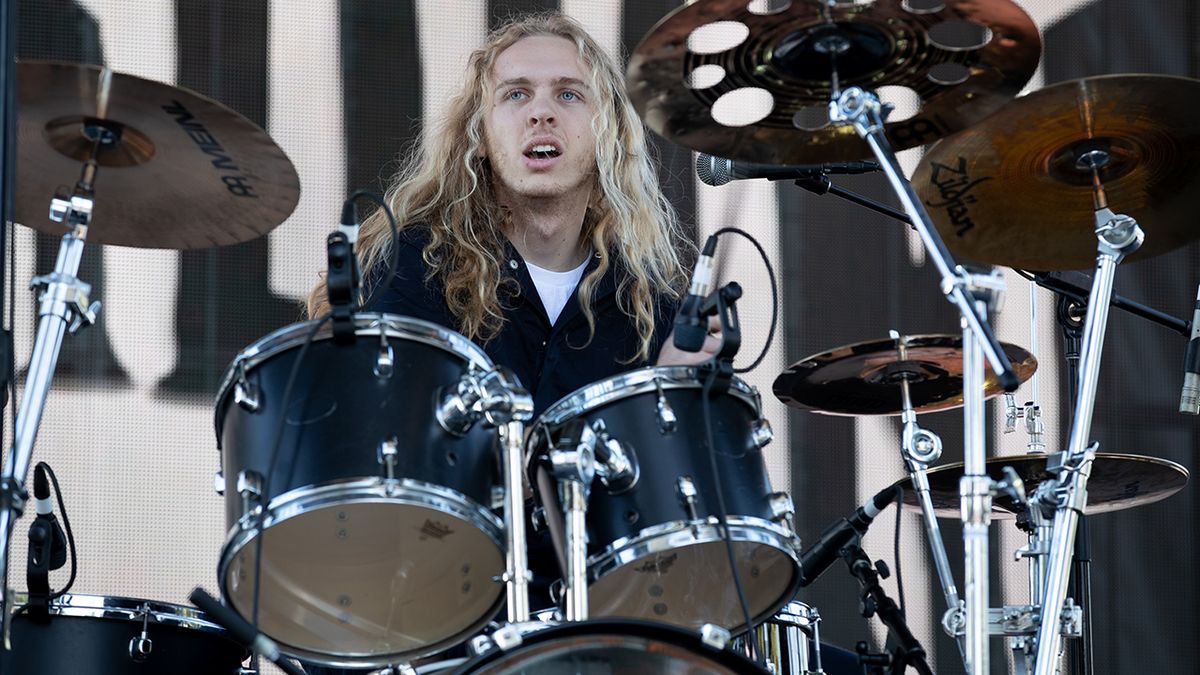 I feel rock and roll will last forever, it's just not mainstream anymore which can be viewed as a blessing by some. I'm 36 and have very little interest in MOST of todays music but there is some good stuff out there.

One look at current festivals of Glastonburry, PinkPop, Rock Werchter, Sziget and more, gives the clear view that rock is far from dead.