Saw the Rush Tribute Project last night in Gaylord, MI. It was great to get out and see some live music!

These guys were excellent and did a really nice job of covering Rush. Not an easy task.

The down sides were that the venue acoustics were terrible and the PA was pretty average as well, which didn't help. I was also a bit disappointed in the size of the crowd, these guys deserved a better audience. But this show was cancelled a couple of times and rescheduled, that along with people still being a bit shy about getting out, especially in this state, made for a light crowd. But they were enthusiastic, as you would expect.

I don't know who any of the musicians are and was with a group of people so didn't hang around and visit after the show.

If you're a Rush fan and get the opportunity to see these guys, they are well worth it. Here's a video, not from the show I went to, but representative of what they do, along with a cell phone snap from our show. 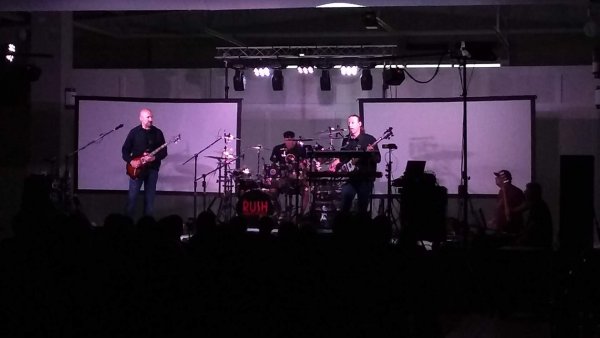 I have no sound

Yea that video is a bit odd, the sound doesn't start until they start playing. Here's a video link that starts where the sound starts.

gabo
You must log in or register to reply here.

Thursday at 9:41 AM
JRocheDrums
J
B
Maybe a different type of video than what is typically posted here. "Crossing" is a drum duet thats supposed to mimic a railroad crossing.