Sick and tired of over-engineered hardware!!

Tama's Roadpro hardware hits the sweet spot for me on design, weight, stability, durability, and price, although it seems like they're phasing out that line.

When I really want to go lightweight, I have a compact kit where I've eliminated all stands except for hi-hat and snare. Using Yamaha 700 series, which is also great.

I like Gibraltar hardware because there's such a variety, so I can mix and match to make "custom" stands. For example, I mount my cymbals low, so I saved some weight by assembling 2-tier cymbal stands from various Gibraltar parts.

robthedrummer said:
So we are all familiar with the tom mounts, etc put out by the major drum makers these days. Many of us also either fondly remember or still use some of the better vintage hardware.

Really, I'm thinking of the Rogers tom mounts. Why the heck can't the drum companies take a simple design like that and simply IMPROVE IT, rather than giving us 1" diameter tubes connecting all the toms to the bass drum and cymbal stands.

DW's over-sized and weighty hardware is the worst offender. Seriously, a 1/2" thick steel rod (or even less) is not going to bend under the weight of a couple of toms.

I own and like the Yamaha tom mount tree, but even that could be made much thinner and smaller and STILL be as rugged and sturdy as it is now.

robthedrummer said:
Really, I'm thinking of the Rogers tom mounts. Why the heck can't the drum companies take a simple design like that and simply IMPROVE IT, rather than giving us 1" diameter tubes connecting all the toms to the bass drum and cymbal stands.
Click to expand...

Actually, I think Rogers was the original offender:

I think that the manufacturers are just responding to the market, which for the most part seems to want as heavy duty as they can get. Us older and wiser guys have had that epiphany that heavier isn't better or necessary but there's a lot of young dudes that think they need the heaviest hardware they can afford. I was there at one time myself, a couple-three decades ago, buying Yamaha 900 series stands that I can't imagine hauling around today...but back then I did.

For the average Joe the mid line or lightweight stuff is usually more than adequate but I think a lot of younger guys "aspire" to own the top of the line stuff regardless of the weight involved (I know I did). As the years catch up to them they will probably see the light, as many of us have, that heavier/bigger isn't necessarily better and at some point hauling it around becomes much less appealing, if not downright impossible.

Further evidence is the existence of the "heavy double braced" bottom of the barrel hardware that is out there. It's not really that heavy duty (although heavier in weight than necessary) in that it will probably fall apart in a couple years, but it looks the part, being double braced with fat tubes. They make this stuff for the drummer that can't afford the top of the line stuff but wouldn't be caught dead with a single braced cymbal stand. So the market responds by giving them a lower cost option that at least looks the part.

I can remember posting a few years ago about a lightweight cymbal stand that I prefer to use whenever possible. One of the attributes, in my mind anyhow, of this stand is that it has a 6mm (1/4") cymbal post, which was the industry standard for decades. There were multiple responses that said they couldn't imagine using a stand with such a "flimsy" cymbal post. Seriously? How robust does it have to be? But bigger is better.

Anyway, at least the market has seemed to recognized that lightweight hardware does appeal to at least part of the customer pool and responded with lines like the (apparently discontinued) Ludwig Atlas classic line, or the Tama stuff. That's good news for those of us who have seen the light...and those that will down the road.
R

dsop said:
Actually, I think Rogers was the original offender:
Click to expand...

LOL. I had forgotten about those ugly mounts!

I have a couple of heavy duty older double braced boom stands that are nice if you decide you want to mount a big cymbal high.
I never really understood the supposed benefit of double braced straight stands, although I have a full set of single braced early 2000’s Ludwig straight stands that weigh more than most doubles somehow.
For the last couple years I was regularly gigging I used a dw6000 flat based hi hat and a couple modern gibraltar flat based cymbal stands and the old Ludwig L arm cymbal stand for the ride. They seem to hold up to heavy bashing fine unless you want to run things very high.

you must not be familiar with Sonor
Click to expand...

Once you figure out that Sonor emphasizes the use of memory locks as opposed to cranking everything tight as you can get it, you'll be fine. I love their 4000 series hardware. Probably the best snare strainer out there too. Not a fan of the kick pedals though. That said, their older stuff was stupid heavy. I go with the middle weight double braced stuff both with Sonor and Gibraltar. YMMV.
M 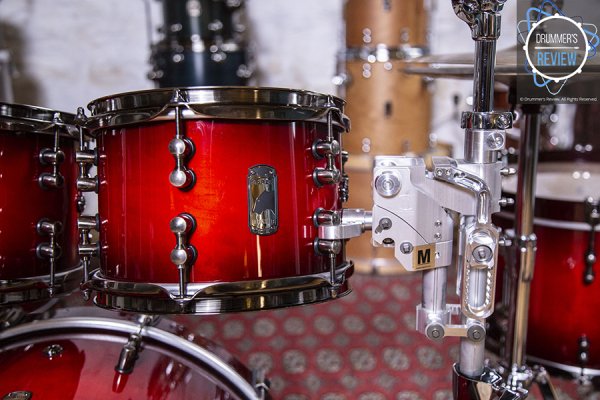 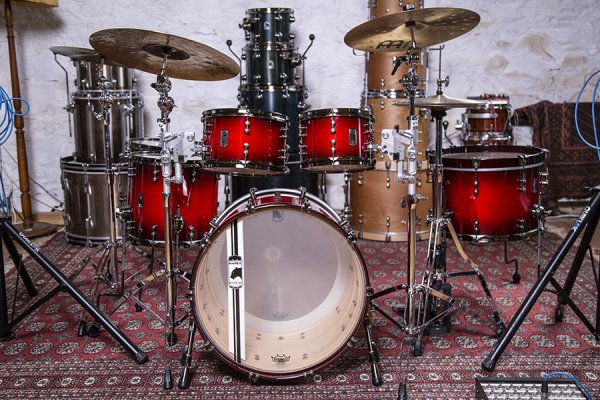 Randall May is just messing with us all now
You must log in or register to reply here.

Gretsch Catalina snare FROM DW!! Only available at GUITAR CENTER!!

A & F nickel hardware-why the only one?