What’s funny about that kit is sjc posted a video of how they had to make him not one but two kits in 2 weeks yet takes 8months for them to do a simple kit for anyone else.
S

I think these look horrible (as you know most of here would), but I've seen a bunch of SJC kits that looked pretty fine, and their fit and finish appeared to be quite good. I saw them and read about them in Modern Drummer reviews in the mag a few years ago and in a bunch of ads. Didn't they have an in at Guitar Center for a while? I might be mistaken.

I thought they had lacquer finish drums that looked great. In any case, these look pretty damn good, and at a decent price: Hand crafted custom drums: The SJC Drums Providence Series Shell Pack: Named after one of the most artistic cities in our neighboring state of Rhode Island, the Providence Series drum kit embodies an all around clean and unique drum that is versatile and beautiful!

I’m just not hearing anything special from these kits. They sound like pretty straight down the middle maple drums if not a little boring. Shells and configurations are just kinda vanilla to me.

Some of their custom finishes are delightfully unique and others make me want to look away.

Left to their own decisions on dimensions they seem to favor 18” deep basses which is not my thing. 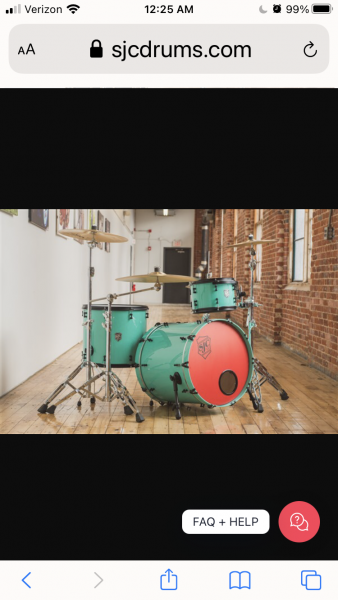 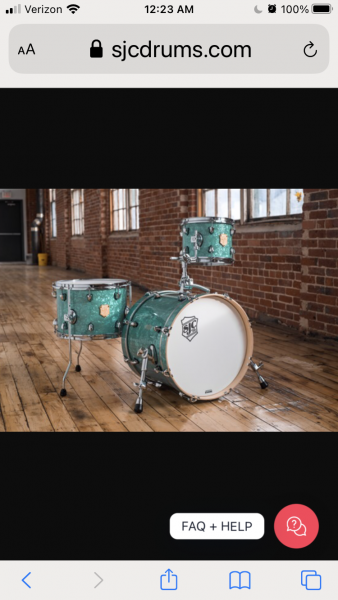 Vistalite Black said:
In another thread on SJC drums, Chunkaway summed it up pretty well: "People on this forum are, generally speaking, about 40 years older than the SJC demographic, which is why they are seldom mentioned on this forum.

Prepare to hear a litany of disparaging comments about the drums and the brand, even though most of the people have never heard the drums in person."

It's surprising to me that there's been so little talk on this site about SJC Custom Drums because so many big-time drummers are playing them -- and they seem to have pretty wide distribution. Started in the basement of the Caprari Brothers' grandmother in 2000, SJC drums can now be found...

I also think they really catered to the Warped Tour crowd for so long they pigeon-holed themselves. They were on a reality show called The Profit, and the investor told them they needed to expand their clientele base and offer more than custom drum sets, which they did. They were close to going out of business.

Actually when I was younger I would have purchased something like that. I always liked unique finishes on drums. That is no more gaudy than the tequila sunrise vistalites that I had.

I’ve known a few drummers that are much younger than me that were (Gen X & Y) in bar bands that got “endorsements” from SJC. I had seen the drums occasionally online but knew nothing about them. I saw a video about them that made me respect their drive, and the drums do look very nice. However, aside from the couple cheaper sets they have, I think they’re priced far too high.

They very well may be worth every penny, but with so many well known established brands out there that are in that high-end range (Sonor, DW…), I just can’t see paying that much for them. They’ve obviously created a business model that is directed to a certain demographic, which is fine. In the long run, I think that model isn’t successful. Think Orange County….
You must log in or register to reply here.
Share:
Facebook Twitter Reddit Pinterest Tumblr WhatsApp Email Share Link