A brief reminder: This is a mixed kit of new (NOS) Slingerland Concert King and Studio King drums which came to me via John Ollis, who now owns the remaining stock of the defunct Slingerland plant in Conway, Arkansas. Since the drums were mismatched, it was an obvious choice to recover the entire set with the same wrap as used on the Slingerland Nashville/Conway kits. To the initial 12/13/16/22 kit, I added 10" and 18" toms and two of the lovely 3-ply maple snares with diecast hoops that John was offering at one time.

Since I'd just cleaned the cymbals, I decided to clear enough space in our washroom to set up the whole kit and take pics. I can assure you that I will never gig with the kit set up as pictured! 90% of the time I gig with a simple one-up, two-down setup with a couple of cymbals. That's all the gear I'm able to play with any kind of competence.

The only thing left to do on this set is to find some 13" cast hoops to finish equipping the entire kit in cast. I lucked out and was able to find the rest of the hoops (the Studio King toms had cast hoops from the factory) for a relative song (brand new), and I'm really impressed at how the cast hoops improved the sound of the toms. Honestly, I didn't expect much change, but along with being easier to tune, the toms now have a nicer, rounder tone to them.

The final job with these will be in sealing the Concert King shells to match the Studio Kings, the latter of which have some sort of semi-glossy clear coating inside. I'm thinking that a simple lacquer sealer will do the trick. Advice? Suggestions? 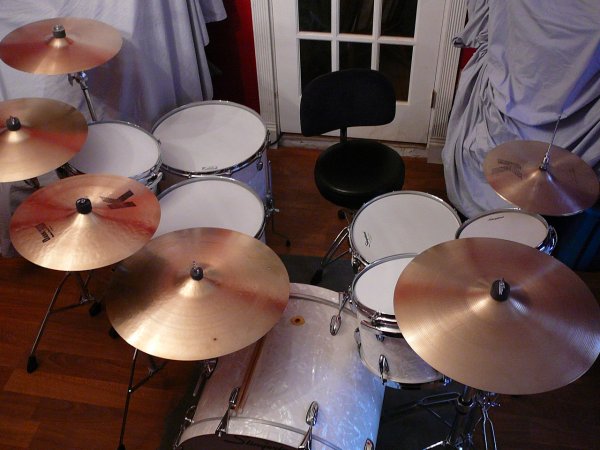 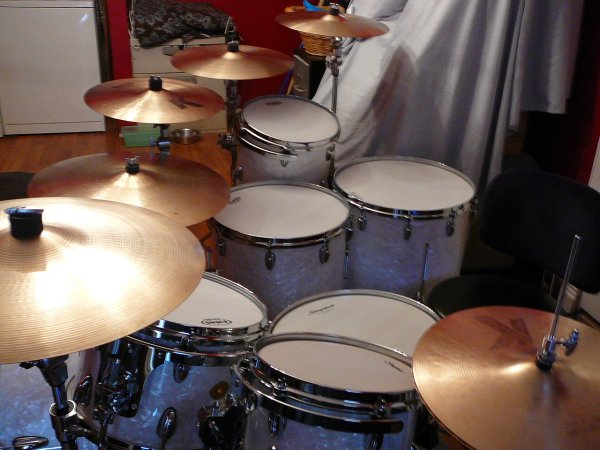 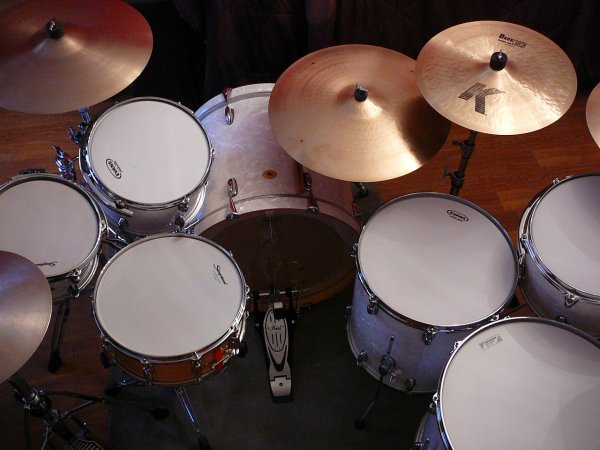 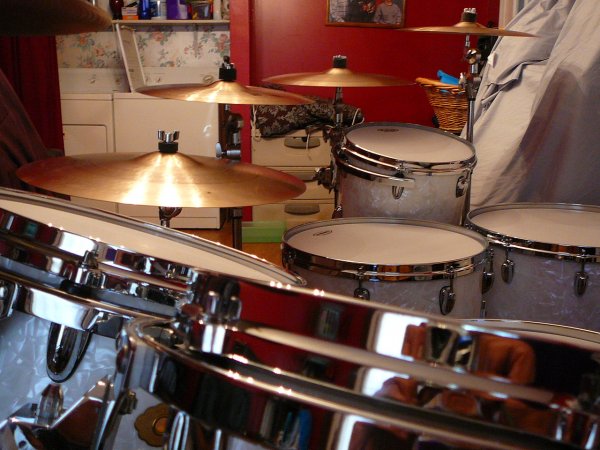 Now THAT is a cool Slingerland Kit.
Good job. Love the looks of it. Enjoy. Mucho. Enjoy.

Beautiful. I love the color

Stunning, simply stunning! Wonderful work!
You must log in or register to reply here.

I got a stone leveling surface!!!