I've decided that instead of chasing gear around for a rehearsal kit and feeding my GAS, I'm going to make the drums I already own sound good. I've had them for 10+ years and for some reason never really updated them or made them serviceable.

They're your standard Stage Band set from 1964, I believe. Originally gold sparkle, which faded to an awful "Ginger Ale" all the way around, except under the lugs; which I never learned to like, for some reason. The chrome is still very nice. I stripped the 12" to match some other drums a few years ago. So just the bass is still wrapped.

I've been practicing on them for the past couple of years using a 12x15 60's Ludwig marcher. And that was fine, but I just won a Chicago badge Slingy 12x15 marching snare to hopefully meld with the other tom a little better. The luddy always sounded a little out of place.

I'm going to have a couple new edges put on, polish the chrome, replace the bass drum tension rods and refinish all the shells to match. Should be pretty cool. I'm thinking about maybe solid glossy black laquer?

I thought I would start a thread about it because I'll probably have some questions for you Vintage Slingerland fellas and it would be cool be able to bounce ideas and such off of you.

So here's the first one:

The bass drum spurs have always been a little short. Is this common for this era? Were they often mount "too high" on the shell? What's a good solution? Does someone make modern, longer replacement legs?

What length do you need?..I have some chrome rod that could work...it is that small diameter too...NOT 5/16”..Like later ones...

I used some spare floor tom legs as spurs on a 60s slingerland for a while. Looked ridiculous on the inside but worked okay, especially in conjunction with a w&a style anchor on the front.

Slingerland made various spur lengths...
The later thicker ones (3/8") are easy to find or you can cut down floor to legs or old cymbal stand rods.
The earlier thinner ones (5/16"?) are hard to find but you can find lengths of stainless steel rod on ebay fairly cheap that work perfectly.
F 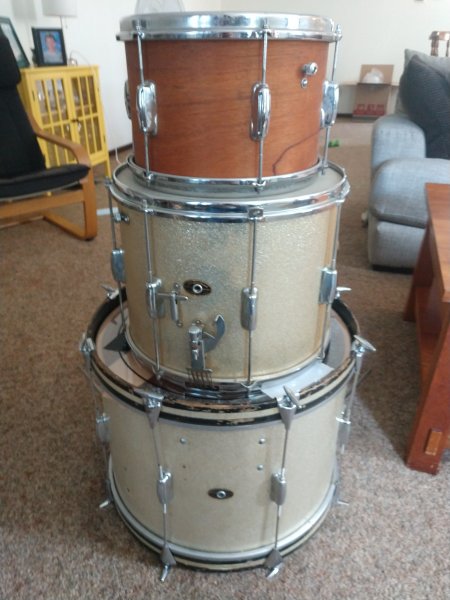 From what i can see, the fading isn't bad. Do you really hate it?

I bought and refinfished a 'spurless' 60's Slingerland BD and used these spurs from an 80's Tama. They fit mine. 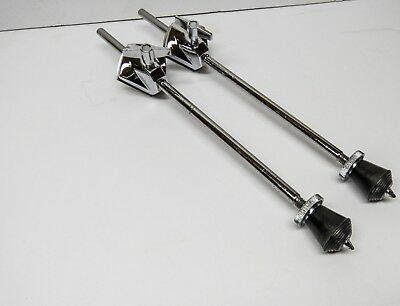 ThomFloor said:
I bought and refinfished a 'spurless' 60's Slingerland BD and used these spurs from an 80's Tama. They fit mine.

How long were they? Did the drum you refinished have brackets/mounts for the spurs already installed?
Last edited: May 14, 2020

drumfx said:
From what i can see, the fading isn't bad. Do you really hate it?
Click to expand...

Well. The 12" used to match the bass. They were a factory pair that I found on Craigslist at least 10 years ago. They came with a 14" Ludwig clubdate Tom in gold sparkle that hadn't faded at all. I sold it here on DFO IIRC, because it matched the others in no way.
The 15" was silver sparkle and the 12" and 20" we're gold sparkle. It's crazy how similar a color they've faded to over the years. Regardless, it drives me crazy. OCD going off the charts.
And the wrap on the 15" should probably go anyways, it's not in great shape aside from the fading. 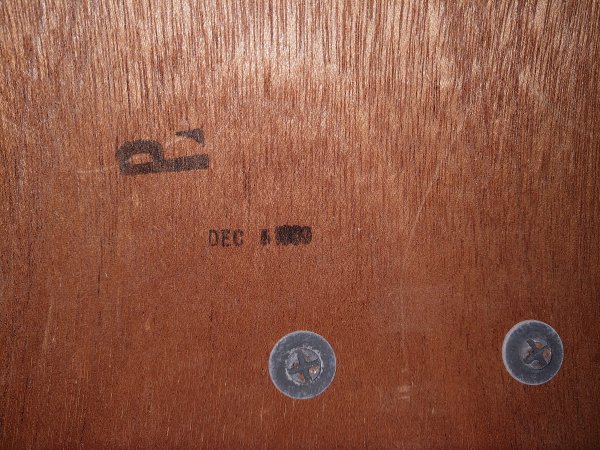 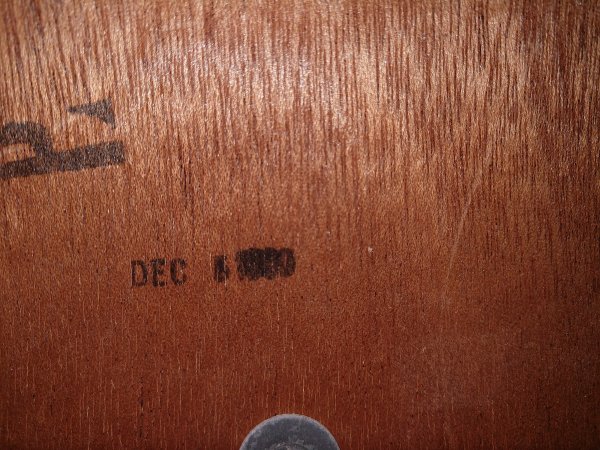 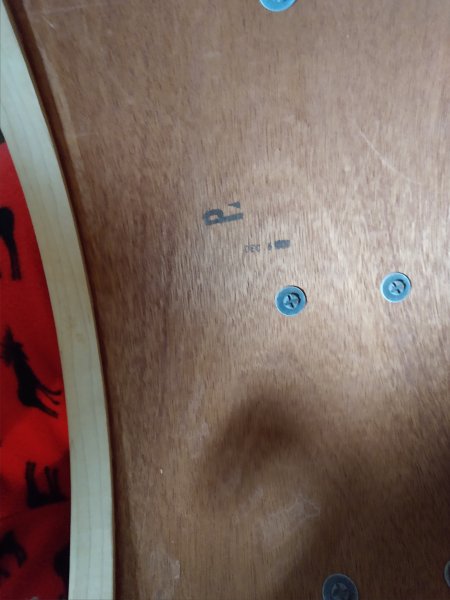 Also picked up this 1910's single ply snare shell with 9 of 10 tube lugs. Thinking it will play well with my Slingerlands when it's all said and done.
I believe the seller said it could be a Duplex. Anybody have any ideas? 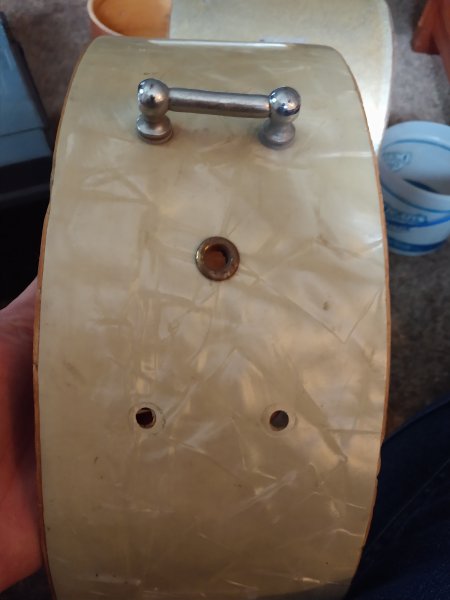 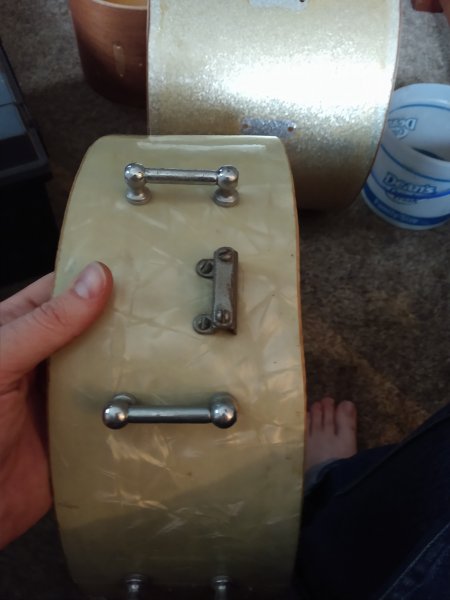 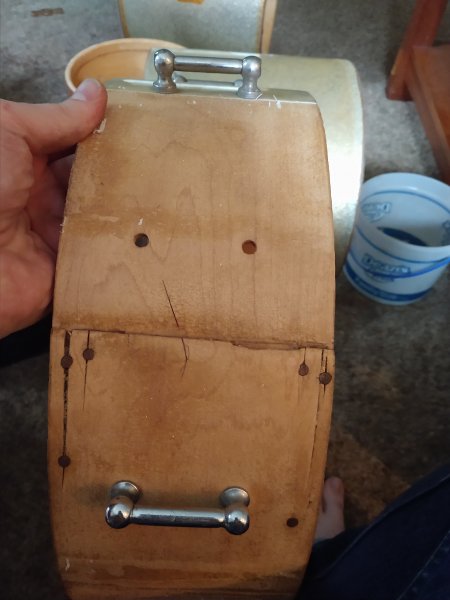 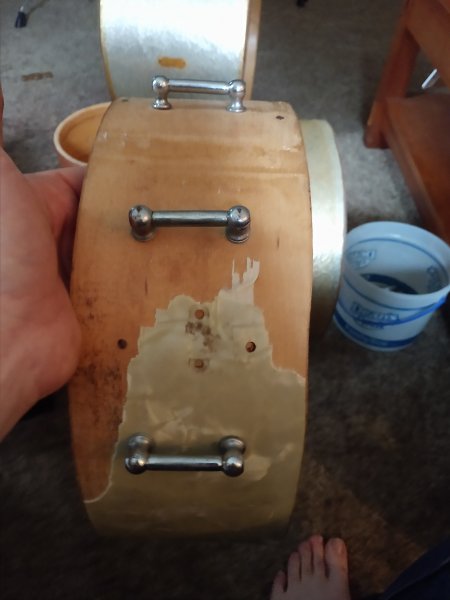 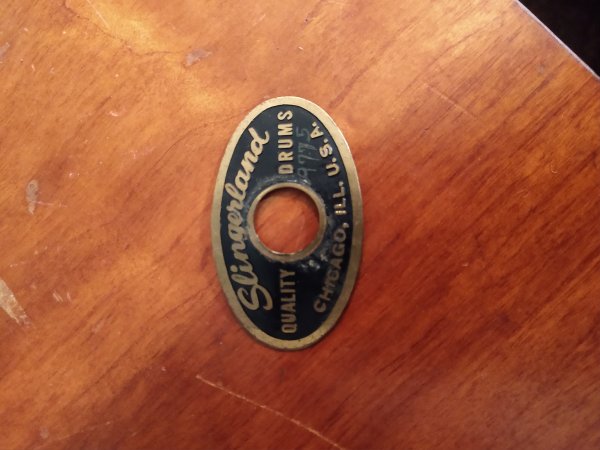 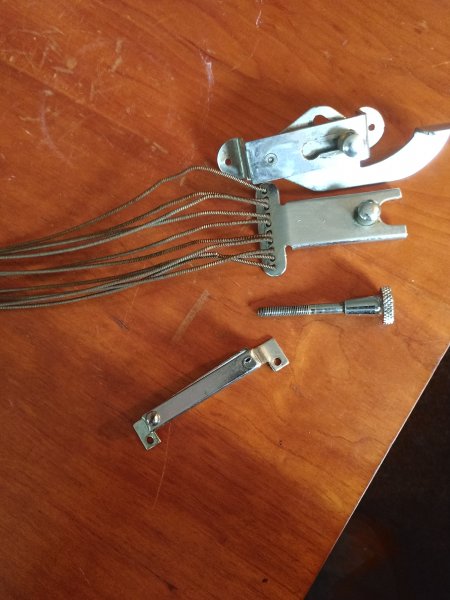 Sorry. It's disassembled. Anybody want the strainer and butt? Shoot me a PM. 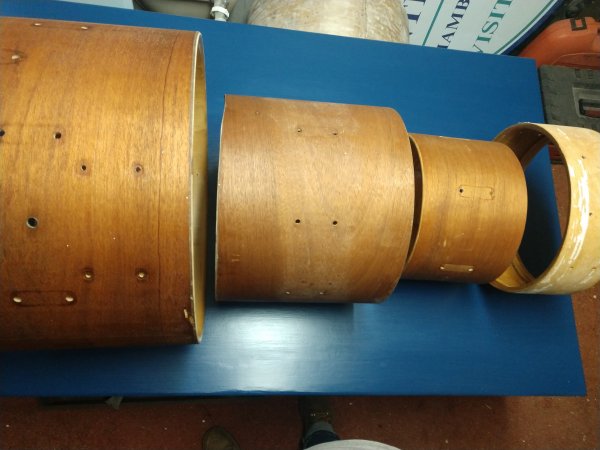 Now it's time for glue removal.

MAN!!! This is looking really cool.
I love these projects.
You must log in or register to reply here.