Visiting my cousins second home here in Port Ludlow WA. Beautiful here.
Her partner is a dentist who played drums in college and then gave it up in the early 70’s. Now, at the end of his career, he took up playing again. He had his original bass and snare drum (Gretsch RB’s in WMP in great shape. He doesn’t remember what he did with the toms but picked up a 10x8, 12x8 and a 14x12 square badge (probably from the 80’s or 90’s. He also picked up a 14x5.5 New Classic snare.
I pulled his snare out of a bag and I went, “holy smokes!” It’s aged well. In beautiful shape.
Tuned everything up today and took massive amounts of foam from the 20x14. Now it sounds like a bass drum. I left a small patch of foam just kissing the batter and reso head. Also removed his drum rings from the toms. Man this kit sounds killer.
what would the value of the snare be? Just for my own amusement. 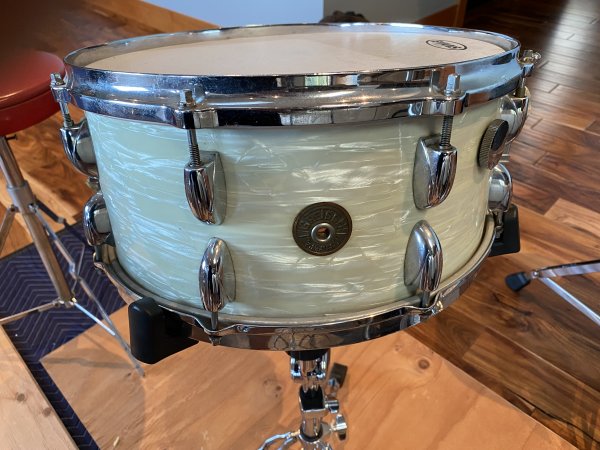 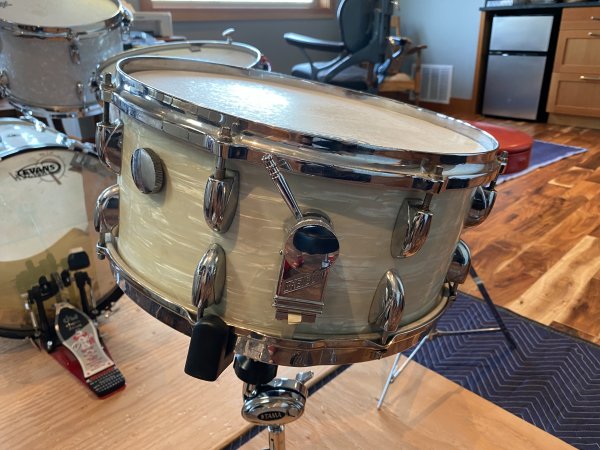 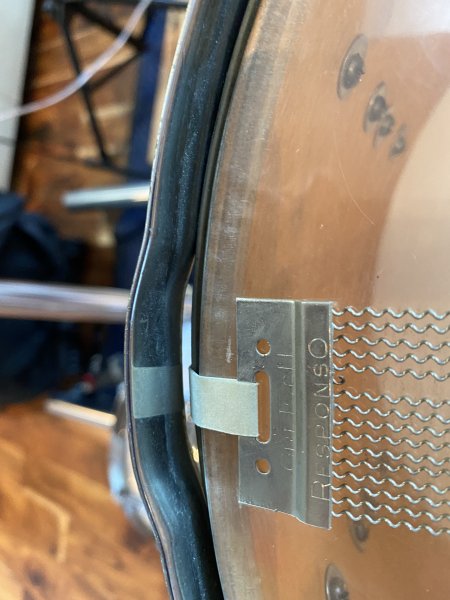 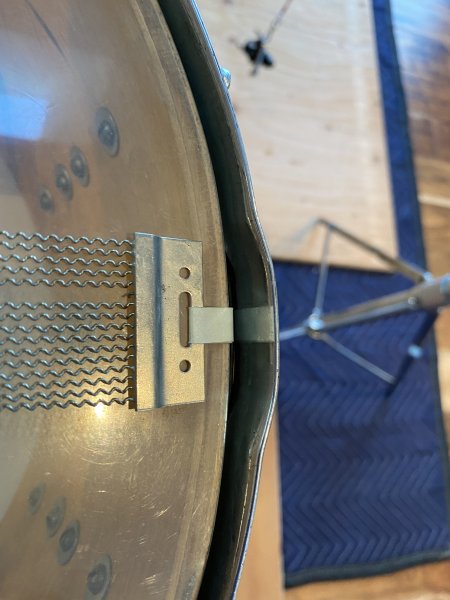 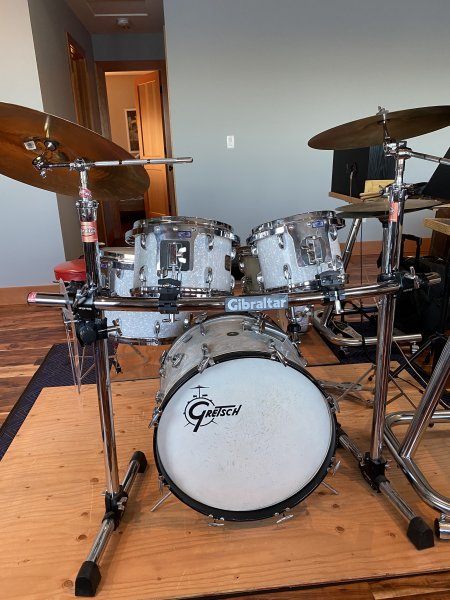 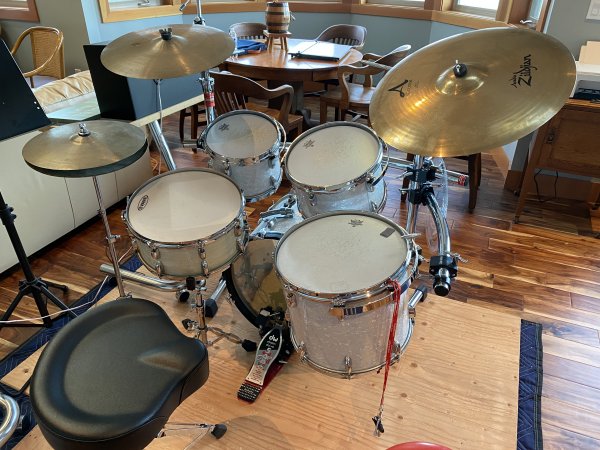 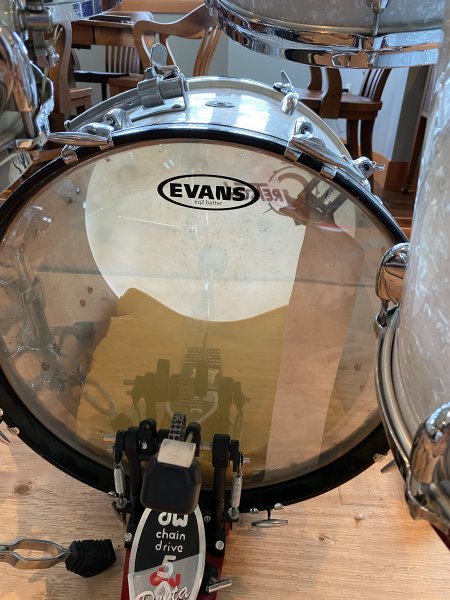 3 Ply Floorshow only one of the most desirable of all time Gretsch offerings.
Think there's one on Reverb/Ebay for $1900

one other one in silver sparkle see it everyday now can't find it
Last edited: Sep 10, 2021

1950's - Gretsch Snare in Silver Sparkle - (6.5x14)3-Ply / Wrap is tight with no separation / Silver Sparkle has an even butterscotch fade to it / The original Gretsch strainer has been updated to a micro sensitive strainer / Internal muffler intact and functions great / Drum tunes up perfectly a...

that one snuck thru..

as did that one..

and there's the one..

Gorgeous kit. Pleas file off that bur from a broken snare wire. I’ve broke bottom heads for that little bur

JDA said:
3 Ply Floorshow only one of the most desirable of all time Gretsch offerings.
Think there's one on Reverb/Ebay for $1900
Click to expand...

Really??
I have one, had no idea what it is!

pedro navahas said:
Really??
I have one, had no idea what it is!
Click to expand...

are you sure Lettuce see it just for the halibut
Last edited: Sep 10, 2021

Got it from a forum member super cheap, needed a throw.
He said it was originally duco

It’s a great drum, I was going to redo it in copper mist or whatever that original Gretsch color was.
What do you think, leave it or paint it?

leave it; It matches with "anything"

I’ll leave it for you in my will

thanks you leaving soon? ; )

Dang, you got me going with this drum!
Now I have to find 16 strand responso wires!! And I think I’m going to do it in copper mist, or caddy green.
I think they are both period colors, it’s already been altered.
You think the outside of this drum is Gum?

pedro navahas said:
You think the outside of this drum is Gum?
Click to expand...

So that's a 3 ply? (I assume it is...) No gum. Maple- thick poplar- Maple.
Maybe the outer (being it was once covered don't quote me on that- outer could have been something else
- Looks (outer ply) sorta Maple
comparable to the remade new Broadkaster
Last edited: Sep 10, 2021

3 ply, yes.
Could be maple but the color and grain isn’t right.
Birch?

3 ply yes. that outer ply may have been chosen to absorb/paint; had to be there (we weren't)
Shell was built at the factory in Brooklyn prior to outsource to Jasper.
watch the video; Spot Quiz tomorrow 10AM:

More pics of drum set fun. My wife, me and my cousin. 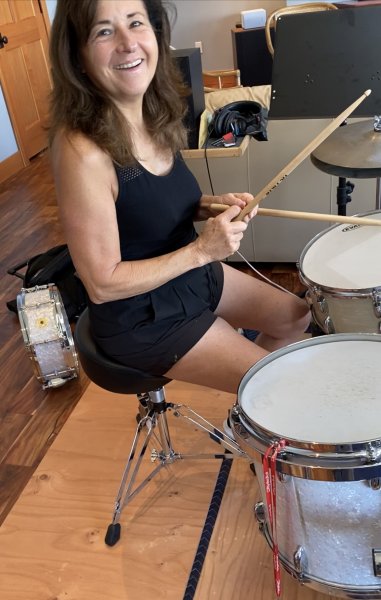 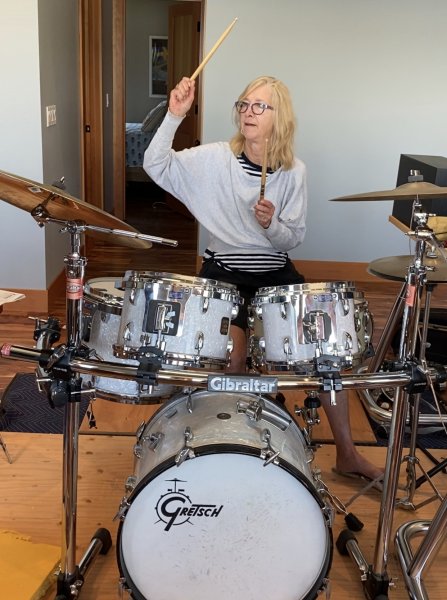 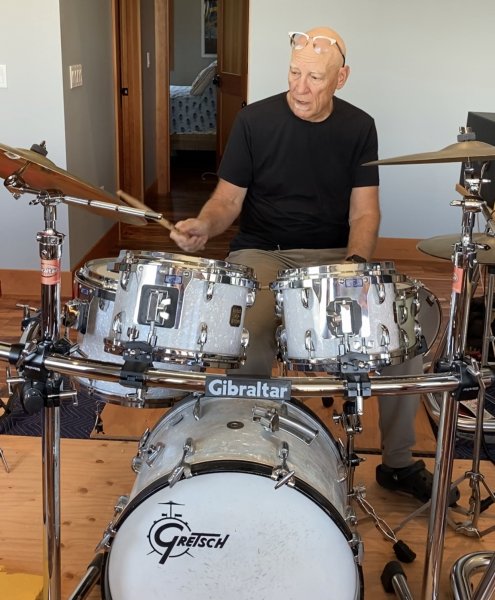 L
Questions On Thinning The Heard
2

DW Buddy Rich Kit - back on the market