atomicdave said:
So, according to stamps, my foor tom is 1965 (and has re-rings) and the 13 (and likey snare and bass) 1966 and have no re-rings. About what year did the shell composition(s) and constructure change?
Click to expand...

red66charger said:
Not sure if I should start a new thread. Hopefully this isn't hijacking atomicdave's post too much.

I've been disassembling my newly acquired Teardrop kit and find the parts and construction fascinating. I do have some questions about materials.

1. Are the tom hoops COB? A magnet does not stick to them.

2. My kit came with what looks to be a D 444 snare drum. A magnet DOES stick to the hoops on the snare and these hoops have a different look to them than the tom hoops. However, a magnet does NOT stick to the drum shell. The 1969 Sonor USA catalog describes the D-444 shell as "steel" (I believe my drum to be around 1966). Wouldn't a magnet stick to steel even if chrome plated? Anyone know the shell material of a D 444?

3. The strainer is a little rough on this snare. It looks like there are two non factory Philips head screws installed on the strainer casing. I believe it was mentioned the cover can pop off and perhaps this was a fix.


As for drum keys...I bought the one in the photo below to use with a Sonor Hilite snare I own. It works with the older tension rods on the Teardrop kit. A couple seem a little snug, but I can safely use it.
Click to expand...

Those snares have steel hoops and steel shells. I have no idea why a magnet sticks to the tom hoops. I've read that the magnet test is inaccurate because of the substrate metals used in chrome plating.

Some guy put Phillips screws into the holes that hold on the cover on the strainer. He probably lost the original set screws, which were really tiny.

As to the drum key, yours has a thicker cross bar inside, made for the wider spacing in the newer Sonor slotted heads. If it works on your teardrops, I'm surprised. But what the hell. If it works, use it.

atomicdave said:
So, according to stamps, my foor tom is 1965 (and has re-rings) and the 13 (and likey snare and bass) 1966 and have no re-rings. About what year did the shell composition(s) and constructure change?
Click to expand...

The factory probably had old stock shells left over, so during the 1965-66 transition period, they mixed them.

wayne said:
I think all the other contenders offer a very nice product also, but that sound that has grown on me over the years, is a Sonor beech shell be it 3 or 6 ply.
Click to expand...

When I bought my teardrops in the early 70's, they were the first set of drums that literally dropped my jaw in terms of their sound. They were what I had been looking for my whole life. I had used Ludwig, Fibes, and Slingerland, and they were all good, but those Sonors just tripped my trigger. The tuning range was ridiculous: Tight, loose, or medium, they just sang like a choir.

Maybe you're right---something about that beechwood.

Tootie Heath on Sonor teardrops with the jazz organ genius Don Patterson, who was my earliest jazz mentor.

Tootie plays a couple of choruses around 3:13, but listen to the whole track. JImmy Heath and Pat Martino are on the session. Tootie sounds like he has the mufflers turned on a bit for recording purposes, but you can still hear that Sonor sound.

Man, those are gorgeous.

Welcome to the forum! Beautiful Sonors you have there!

atomicdave - They clean up nicely, don't they? Lovely kit you have there.

I had sellers remorse before they were gone, but happy to know they are with a DFO member and a great guy from around the city I grew up in. The toms really sung and were easy to tune...that hoop design is impeccable.

Such a great read with some good info and experiences

I sold this 3 ply a few years back and found a red sparkle to replace the Krystal Schwartz or “tv wrap” which is not my favorite. Never seen this wrap on anything but Teardrops 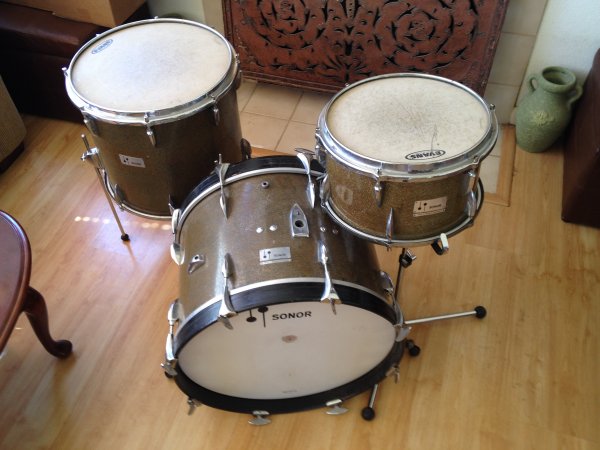 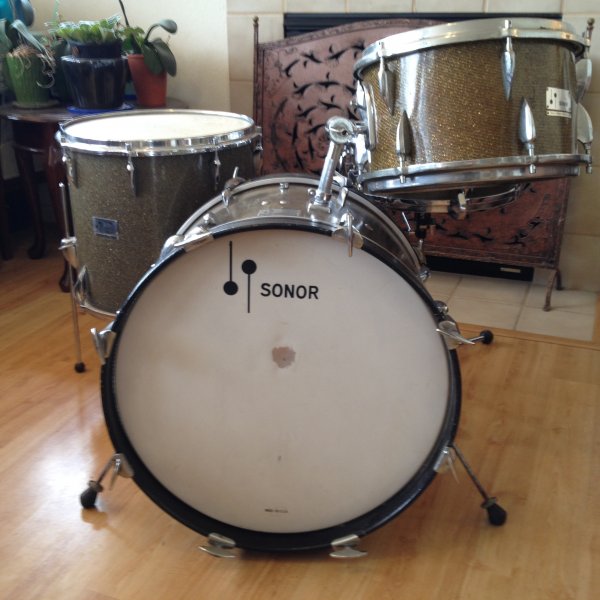 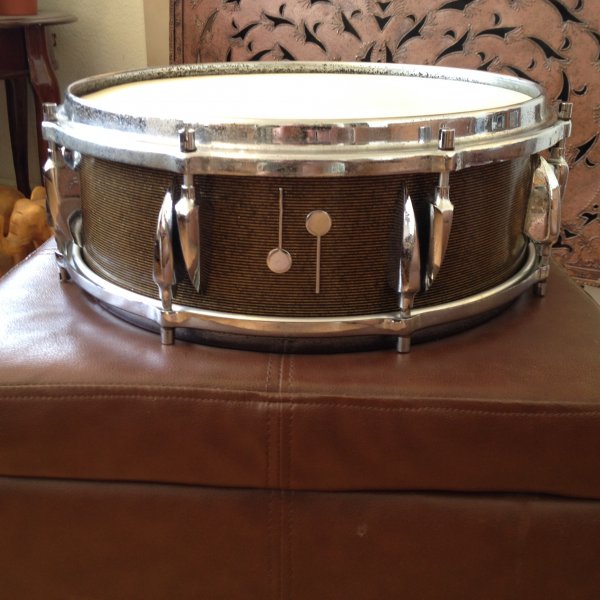 I love my 60’s red sparkle kit. Great big round sound. Outstanding drums, what a value.
You must log in or register to reply here.

C
DON’T BE A TOOL; TREAT YOUR TOOLS RIGHT