My dehumidifier broke about 5 months ago. I’ve been cheap and haven’t replaced it. I’m guessing these spots are a product of that? 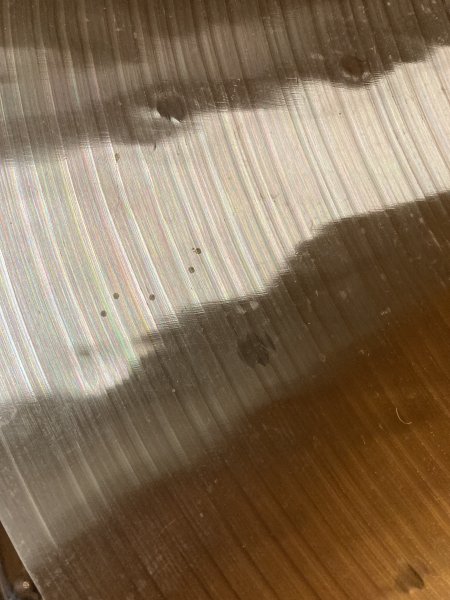 dustjacket said:
My dehumidifier broke about 5 months ago. I’ve been cheap and haven’t replaced it. I’m guessing these spots are a product of that? View attachment 519647
Click to expand...

I'm from Florida and we have major humidity issues. Last year I had that issue but they were big spots. Your cymbals probably have no factory coating. That's what happened to mine!
Go through my old thread and it might help!
Note: If you choose to clean & polish, your doing it at your own risk. Contact your cymbal manufacturer for recommendations. That's what I did first!
By the way, my humidifier doesn't help at all!
Small humidifiers don't do much for a big space (I don't know how big yours is). The big ones hooked up to Central AC are the ones that really remove humidity in large areas and prevent this type of issue.

UPDATE, I used Flitz polish! What are these big dark marks on my Sabian HHX's?

These cymbals are a few months old and this has developed only on these two (16" & 20" crash). My other HHX's & HH are fine. All of them are in the brilliant finish. I've seen sweat marks, stick marks and normal brown spots etc.. I've never seen anything like this! My equipment is always indoors...

Thanks, I will check it out. I’m figuring oxidation. It’s popping up on some Paiste Trads.
Z

dustjacket said:
Thanks, I will check it out. I’m figuring oxidation. It’s popping up on some Paiste Trads.
Click to expand...

I presumed it was a Paiste Trad from the look. I've got one which has that issue, but it arrived that way from the previous owner. Just a few small spots. The Paiste Trads do have a coating but if it gets removed they will tarnish and that section will change color. You might get small spots forming even if the coating is intact. I can't find the close up image of my spot, but while looking I did find this example of serious tarnish when the coating had been removed (sweaty hands handling the edge?). Note the color change to a more coppery color. 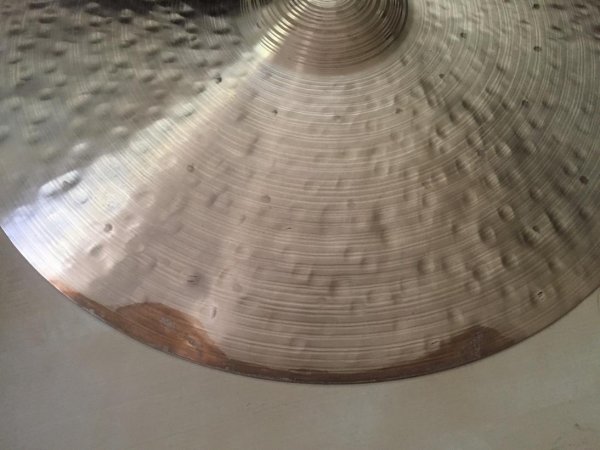 Yours doesn't seem to have done the color change so I suspect it will be superficial and the coating is still there. I'd go very carefully if you try and polish the spots away. After you polish it you can just recoat the area with wax. I use a soft paste wax but a brand which doesn't have any other additives.

Note that it isn't just B15 which does this. B20 does too. I've had some spots similar to that appear on my 22" Lauritsen Kontroversial.

They appeared when it had been stored right below a window. The window gets cold in Winter because it doesn't have a really good seal thanks to the settling of my 1914 house. I suspect it was tiny droplets of condensation which did it.
Last edited: Sep 28, 2021
Z

Finally found the image of the problem area on mine from 2017. I've got too many files and not enough indexing for searches. *sigh* 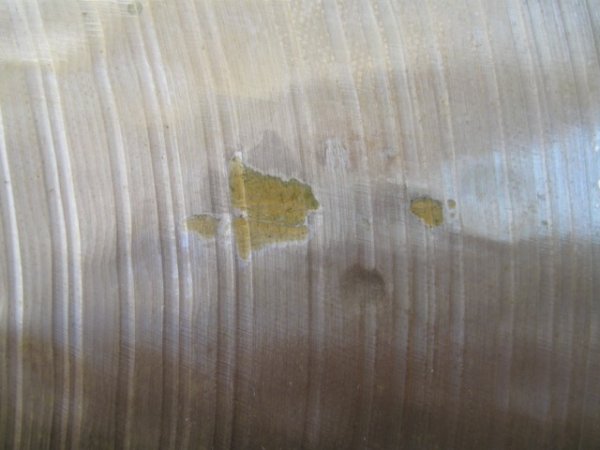 The top of the cymbal had other gunk on it and those areas which got down through the coating weren't really visible until I cleaned off the gunk. I don't know what to do with those areas to try and get them to not be so visible. So I put some wax on to stop more oxidation.

Looks like Paiste discontinued their cymbal cleaner a long time ago. I'm not sure what people are using to clean their B8/B12 cymbals though.

I highly recommend you not be cheap and buy a dehumidifier for your basement. My last house had moisture issues and mold began to develop on the joists and other surfaces. No issues with any of my drums, but $8500 of mold remediation later and I really wish I had just bought the $200 dehumidifier.
You must log in or register to reply here.

Yesterday at 11:08 PM
Audiobabble
A