k_50 said:
If ballet counts, then it was The Nutcracker at the Royal Danish Theatre a few weeks ago: 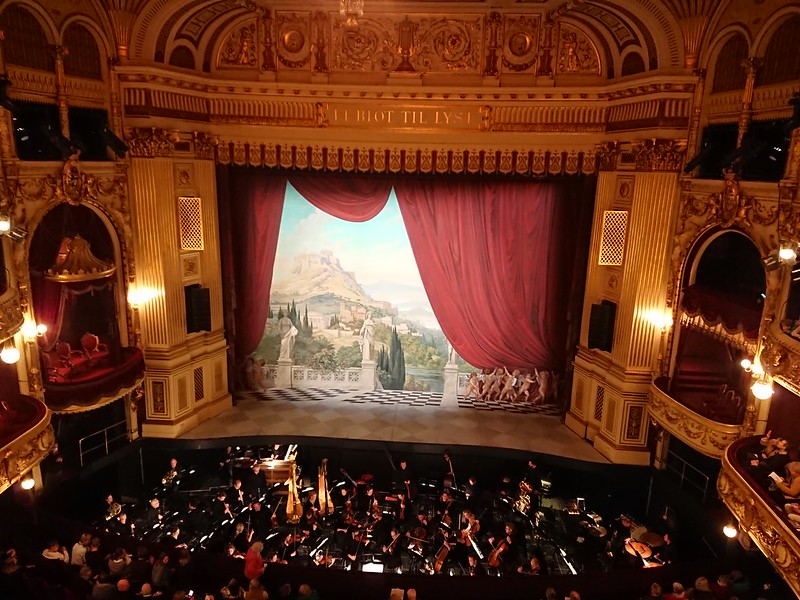 The last proper rock concert I saw was D-A-D at an open air gig this summer (the closest thing to a festival I've been to in over two years): 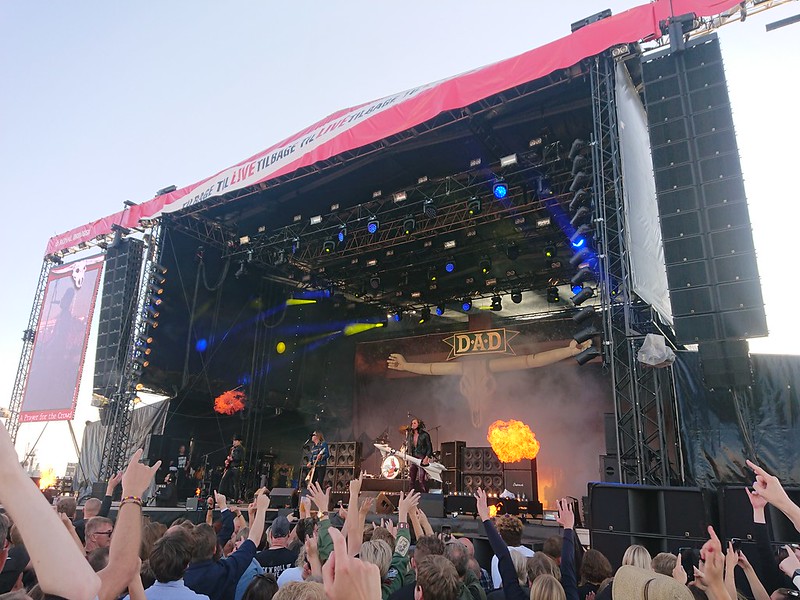 I did just see a new Percy Jones project called PAKT at a Buffalo club (The Tralf) but I consider the Crimson show to be the big, full concert experience.

Lucky you. How was Gavin?

I wish!
Roskilde has been cancelled for the past 2 years, which has been a real bummer for me, as I've been going every year since I was 17. And D-A-D hasn't played there since '05, because the festival won't pay "headliner money" to Danish bands.
This was a one day event at Refshaleøen, a former navy/industrial area in Copenhagen.

The Musical Box @ La place des arts in Montreal, february 2020, just weeks before everything shut down. Show was great, musicians were tight and their current drummer did a great job of recreating those awesome old-school Phil Collins parts. They played mostly stuff from the Peter Gabriel era with a few numbers off of A trick of the Tail and Wind & Wuthering sprinkled in.

I wish I could've attended more concerts but my band has been pretty busy on the road in the few windows where it has been possible. Right now everything is at a standstill again for the next few weeks at the very least. And we've had to post-pone the 16 dates we had lined up for january. February is still up in the air at the moment.

Steech said:
Lucky you. How was Gavin?
Click to expand...

A beast! Pat Mastelotto is my favorite drummer over the last 15 years or so, but I love Gavin's playing too. I've seen him twice with Crimson and twice with Porcupine Tree. If you've seen live video's of him, that's the way it is. Spot on, precise and creative. The 3 drummers passing notes around is mind boggling. That's the best way I can describe it - passing around - because they never all play the same thing at the same time. Check out the King Crimson "Meltdown - Live in Mexico" set for a great look at all of it. Insane!
B

Likely won't go to another concert until the pandemic is completely over.
M

Saw the last two nights of the Dead and Company tour @ The Hollywood Bowl 10/30 and 10/31. John Mayer is beyond talented.

In early October I saw Brooks and Dunn with Trey Grey on drums. Great show.

Some videos that I shot (I was sitting less than two meters from Eddie Metz who is one of my drumming heroes.)

The GF and I went to see Kansas last August. Superb show! Phil Ehart in his 70s still plays better than I did in my 20s!
C

Saw On Top of the World Carpenter's Tribute at the Levoy Theatre on Dec. 18th, and the Monkees (Mike & Micky) at the end of October.

We are supposed to Mammoth WVH/Dirty Honey in Chicago end of January, and Rival Sons/GVF in Grand Rapids end of March. Dying to see Rival Sons finally, as the pandemic has cancelled those plans for me a few times. I am curious if the pandemic will cancel these plans too.

If a small venue jazz show counts as a concert, then I saw the Tal Cohen Trio with Dave Chiverton this past Summer of 2021, post vaccine, pre Omicron. The last rock concert, don’t remember.

Matched Gripper said:
If a small venue jazz show counts as a concert, then I saw the Tal Cohen Trio with Dave Chiverton this past Summer of 2021, post vaccine, pre Omicron. The last rock concert, don’t remember.
Click to expand...

It counts in my opinion. A small jazz venue is exactly what I posted too. Prior to that it was a Dead concert in Irvine, CA in 87 (or was it 88?) and a Hot Tuna Concert in San Diego (small venue) in 89.
M

mtarrani said:
It counts in my opinion. A small jazz venue is exactly what I posted too. Prior to that it was a Dead concert in Irvine, CA in 87 (or was it 88?) and a Hot Tuna Concert in San Diego (small venue) in 89.
Click to expand...

Come to think of it, The Dead may have been the last rock concert I went to. Couldn’t tell you what year. Probably somewhere between 82’ and 84’. The thing I remember most was the 2 drummers and the large troupe of barefoot crazies dressed in overalls dancing in front of the stage.

Last concert was a small acoustic show with Vanessa Carlton at the NYC City Winery in November.

Andrea Bocelli, Madison Square Garden a couple of years ago just before Covid.

I know that's not what you're looking for, but man, that voice, like from God Himself! I couldn't look at my wife because I was