16/14/14. First quartet gig since March. Two hours of jazz in the Hollywood hills at an architects house.

Claude Ranger played a 16" back in the day.

Sinclair said:
16/14/14. First quartet gig since March. Two hours of jazz in the Hollywood hills at an architects house.
Click to expand...

Congrats. but....how much more cartage for the 12" tom? Ha. Its fun to play live gigs right?

I had 11 gigs this summer. It was just fun! Nothing right now. Hopefully something will come up....but I am bring my 12x8 no matter what.

tkillian said:
Congrats. but....how much more cartage for the 12" tom?
Click to expand...

If you saw the driveway to get into this joint you'd understand. Yep really fun. Glad you were giggin a little TK.

Sinclair said:
16/14/14. First quartet gig since March. Two hours of jazz in the Hollywood hills at an architects house.
Click to expand...

Hey, it‘s the Lautner house, as seen in Big Lebowski!
B

These are coming my way: 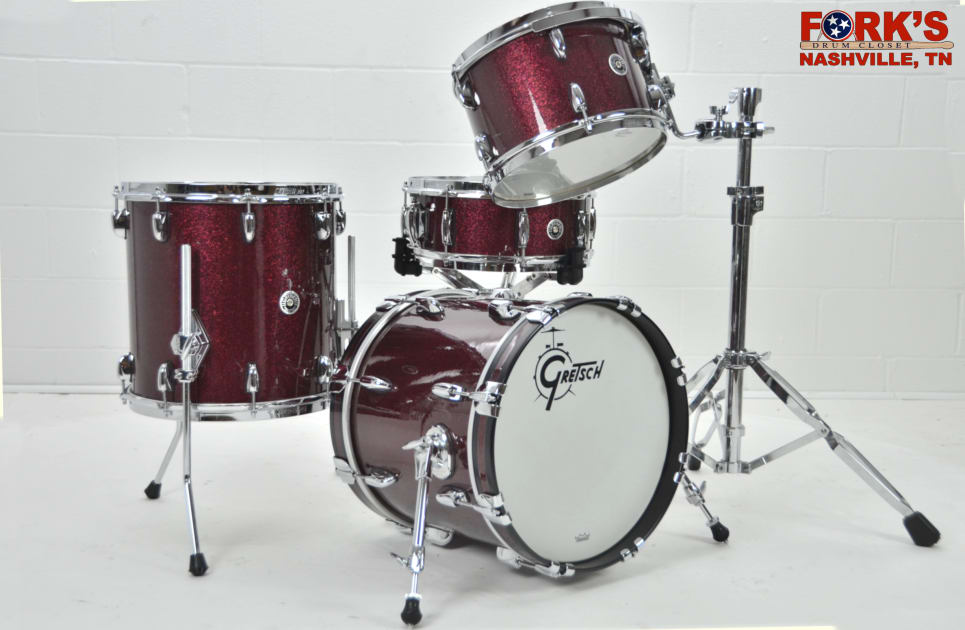 And I want to give a shout out to Steve Maxwell. He is just a pleasure to work with and an absolute mensch.

bjisteve said:
And I want to give a shout out to Steve Maxwell. He is just a pleasure to work with and an absolute mensch.
Click to expand...

Absolutely, and his prices are great. Sometimes I'll find things at his online store that even with his shipping added are cheaper than buying on Amazon prime with free shipping!

My next bass drum! 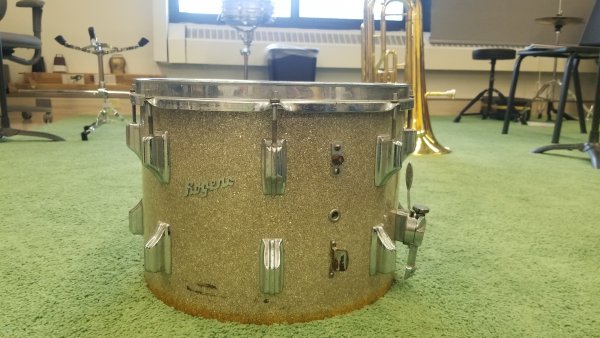 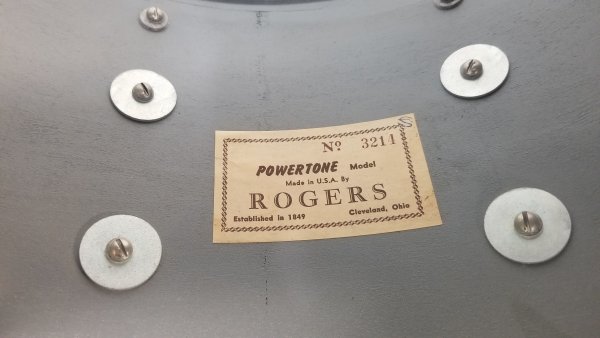 I googled and this is a 14x10 powertone Dayton

"..not in front of the kids. What school are you swiping it from."
maple and birch.... "you'll never find another"..

tkillian said:
I googled and this is a 14x10 powertone Dayton

TK I'd confirm the edges are good and leave the wrap for now. Maybe remove the excess hardware find some wood hoops and bd claws. Should be very nice.

JDA said:
"..not in front of the kids. What school are you swiping it from."
maple and birch.... "you'll never find another"..
Click to expand...

Ha. It was on way to trash bin. I said NO. ill take it

tkillian said:
Ha. It was on way to trash bin. I said NO. ill take it
Click to expand...

un-believable/ believable/ I knew it/ had a hunch...
always said here those Roger were birch and maple together plies with rings))
T

Remember: The head must be bigger than the bass drum beater.

Rogers Shells - Species of the plies ?

Something I've been wondering about for over a decade ! I'd really like to know the make-up of the plies . Seems like that there are more than a few different opinions on the subject around here . And I am doing this to DISCUSS this topic , NOT start an ARGUEMENT , because there is only one...

tkillian said:
I googled and this is a 14x10 powertone Dayton

OK, time for Mr. Killian to sit in that little chair in the concrete room with the swinging light overhead......You say its a Dayton era drum, but the tag says Cleveland.
Explain....and remember...you're under oath.

Y'all have seen my mini ha-ha kit in pics I've posted in other threads.
Here it is again, my Tama Rockstar Deluxe kit which is mostly just a
16" kick (converted from a floor-tom)
14" floor-tom (converted from a rack-tom)
and a generic Cannon 14"x5" snare.

During the time that I had this minimal 3-pc setup I recorded in a live room
rehearsal video, using just my Samsung smartphone which has a
good mic for recording a live room sound. No additional EQ'ing or
sound editing was added to this video...


...if you're listening to this video through your computer
with headphones on, you could hear the punch in that lil kick drum
from the camera's view across the room.

This video was a live show last summer at a small venue in Albany.
Just the kick drum was mic'ed, since the stage had it's own ambience...

***I needed a 12" rack-tom ASAP for an upcoming private Halloween gig,
and my budget was tight, so I scored the Ludwig tom from a seller on Reverb.
I'll worry about preserving the consistency of my Tama brand-name kit
later on down the road; for now I need to be practical with the Ludwig tom
to get the job done and get me through the show.
Last edited: Oct 28, 2020

Nothing wrong with a tom to bass conversion! What do you think 16x16 basses are? My Yamaha Hip Gig Manu Katche and my Sonor Safari - obviously just FT's with factory bass hardware and hoops.

My 16x18 Gretsch SSB BDP is waiting to be done although I want to cut it down (@ Precision). Precision did a square badge 16x18 into a 15x18 - it's awesome! I converted a Slingy 70's 16x18 by just adding hoops, claws and using the leg mounts and Danmar repro Ludwig legs.

All 3 of my kits posted above (10x14 brown SSB, 14x16 tangerine, & 10x14 Slingy) were also FT conversions. They were done right and look and feel like any other bass....if you MUST have a factory bass, that's just more converted basses for the rest of us!
You must log in or register to reply here.

Drum solo worth the watch

A moment ago
cruddola
C

Reflexx vs any other pad on the market