Lots of great ones mentioned!! But this is the one you beat me to! I've been obsessed with this of late.

Here's the king of them all: 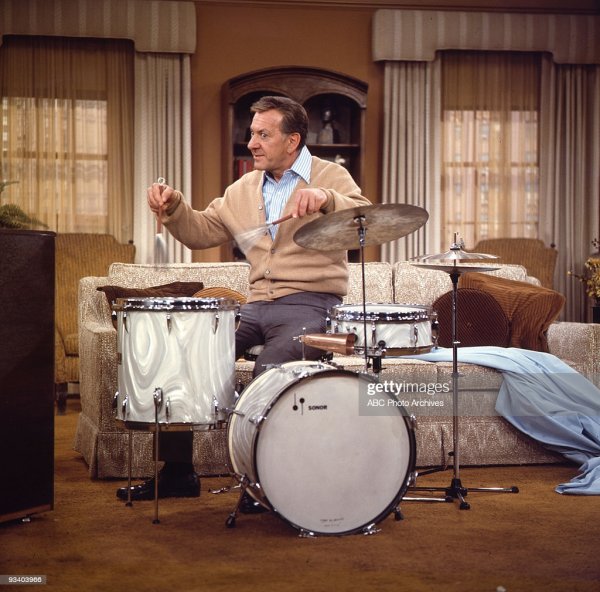 And a contender from the '60s:

I lost last time we played this game...

The theme's at around 2:00, but all the voice mail spliced together before it's worth the listen.

ALF... I think I remember it being Vinnie Colaiuta but dont quote me on that.

stuart s said:
The Funk version of this show was best


Why am I thinking Bernard Purdie is playing the drums there?
Click to expand...

Probably not - why? (And this just a whole lot of fitting the pieces together - meaning guessing on my part...)

OK - I believe Starsky and Hutch had 3 or 4 different themes - year one was by Mark Snow (very action cop show vibe) - year two was a whole shift in tome to this happy funk thing, which was written and performed by saxophonist Tom Scott.

If it had been a year or two earlier - I would have guessed John Guerin (The two did LA Express together, the Joni Michell stuff)

But '76 was the year of the somewhat popular "Tom Scott - New York Connection" album - where LA mainstay Scott basically abandoned the LA Express thing to make a solo record with all of the new hip guys in New York. It featured the whole CTI Records crew - Richard Tee, Eric Gale, Gary King, Ralph McDonald and of course, Steve Gadd.

Which would be my guess, for sure. The timeline and circumstances make a lot of sense - and then when you listen to that "verse groove" with the anticipated "2" on the snare with the little 32nd note flurries before it - it really really sounds like Gadd. Specifically check out the section around :56.... Gadd, right?

And sure many folks might play that sort of thing now - but in '76? On a big TV theme written by the the guy you just made an album with??? Again just a big calculated guess - but it is probably Gadd.
P

We had a big thread on all of this a few years ago - and there was a great YouTube channel that had tons of great info on it - it is long gone sad to say - so here's a cut and paste of a post I made back then... (It actually lists Rick Marrota as drums on Starsky with Gadd on perc - which I don't buy - but interesting anyway)

<<<<<
In poking around google about this topic I stumbled on a handful of videos - just go to YouTube and search for "who played that theme" - which produced complete personnel listing for this giant list of themes. Many of the drummer credits were no surprise - but others were definitely more so.

The Odd Couple - and there it is - Earl Palmer, drums

Knot's Landing - J.R. Robinson (though I did play on the pilot - though not on the theme -

And that's a credit that rarely ever shows up correctly - which really makes me think that whoever has put these together is working from some pretty accurate source information.

Anyway - this person has upwards of 150 of these posted - so that's it for me, I'm going to peruse the rest later. What a treasure trove of info though.>>>>>>

This came into my YT feed. I really dig library music, and there is a lot here, and it's good.

they had about one minute to tell a story and plant a melody that would have you singing along. that is no mean feat.

Kids today just can’t rock a theme like Nerf Herder did for “Buffy” way back in the 90s.

I've always thought that this was lifted a little bit from Mack the Knife:

somewhere in my collection of 45s is the SWAT them

This is one of my modern day (ok not so modern) faves...might not have real drum though....I think

A great audition for band today

I took another drummer's gig today
2

The Great Missouri Cymbal Swap of 1848

Pick up of the day