Hello friends- I recently picked up an’80’s era 18” Gretsch bass drum shell and have a question about spurs. The shell has had new veneer applied and looks really nice on exterior. It’s in need of all new hardware as it’s just bare shell currently.
The original spur holes though were plugged and new holes drilled for ‘60’s style spurs. These added holes only were drilled through shell itself (unfortunately created tear areas inside also) and holes don’t extend through the new veneer so I can still go with different spurs and not leave any additional holes on the new veneer which is nice.
So now I’m wondering if it makes sense to just go with the flow, utilize these newer holes and install a pair of 60’s style spurs? Or go with more modern spur style which I like for better performance? I tend to lean toward newer spurs just for better reliability and non-slipping sake. But that means either abandoning /plugging those newer holes and drilling new mount holes (again). I wish the original ‘80’s holes would’ve just been left but can’t really do anything about that now. Are newer Gretsch USA style spurs a different mount than either the ‘80’s or ‘60’s style? I thought I saw in specs somewhere that they are 4-screw mount… or maybe there’s ‘60’s style repro spur out there which I don’t know about that performs better and more like the modern ones? Any thoughts or suggestions? Thanks 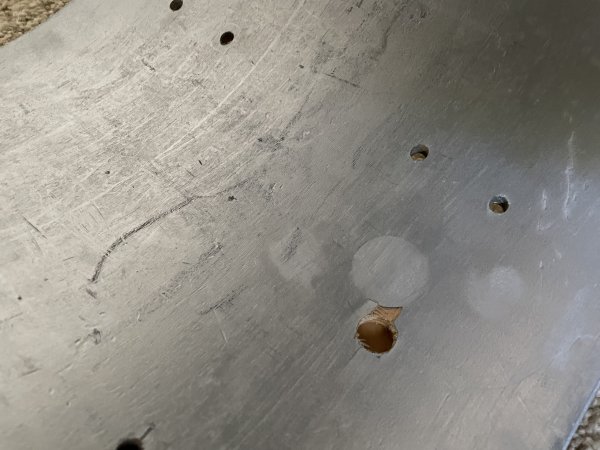 I would want to see the rest of the drum and also double-check that those holes are in the proper position for vintage-style Spurs. If so, I would definitely go with the vintage look. Are you going to have a rail mount, too?
D

JazzDrumGuy said:
I would want to see the rest of the drum and also double-check that those holes are in the proper position for vintage-style Spurs. If so, I would definitely go with the vintage look. Are you going to have a rail mount, too?
Click to expand...

Probably will just use snare stand for the tom and no rail mount.

I’ll have to double check the spacing /location on the spurs as that’s good question. I’m hesitant to drill more holes for 4-hole type spur bracket mount either so I probably will just go for ‘60’s style spurs.

You could also, simply utilize the INDE bass drum leg mounts. No drilling required at all....just a thought.

I'd probably go with the "Least holes drilled" solution, which would certainly qualify the INDe. Go with that, and you can change your mind later.

I'd personally probably go with the vintage spurs, since the originals are patched and they're good enough for me.
D

Anyone have experience with the Ahead vintage style spurs? Looks like an interesting option to use vintage mounts but still improve functionality 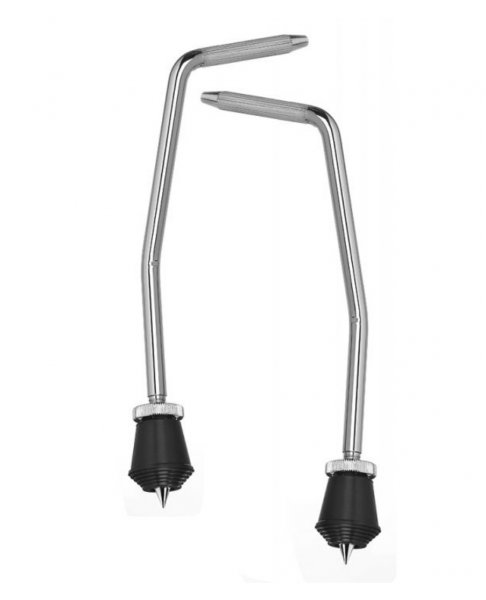 I have used the Danmar Ludwig gullwing repro similar to the Ahead. You need to have FT mounts to use those. That would make more/new holes.
You must log in or register to reply here.

I Can't Feel My Feet...are there any others?