Had anybody had this problem yet?

On my DW snare from late 80s/ early 90s, a tension lug is broken. It's a 5 x 14 with double ended lugs (if this is the right wording). The snare didn't fall down or anything. I handle these drums with care. This break just happened during playing the drum.

I have this snare now for more than 30 years. It is by far the least played of all of my snares, because it is less versatile than my others. I only kept it because I have the matching shell kit, which sounds fantastic. So, it went to rehearsal room. And there it happened: crack, and head detuned.
If my memory is right, this was not the first time. About 20 years ago, I had to replace another lug on this drum. Two lugs in my whole life so far, both on this drum. Strange, isn't it?

It's a very early model, as we have discussed elsewhere on the forum. The snare has no serial number, the drum kit it belongs to has low numbers like A 07495. 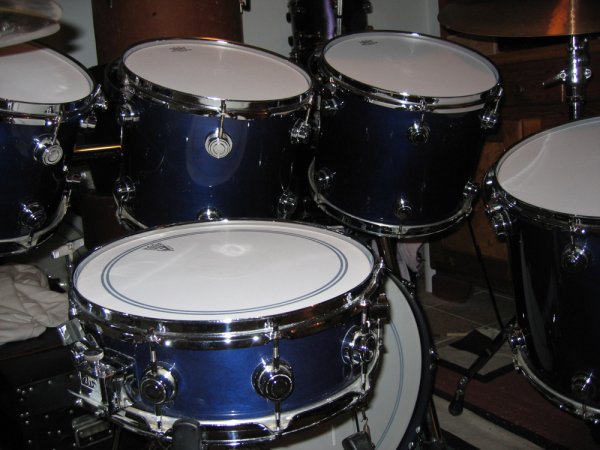 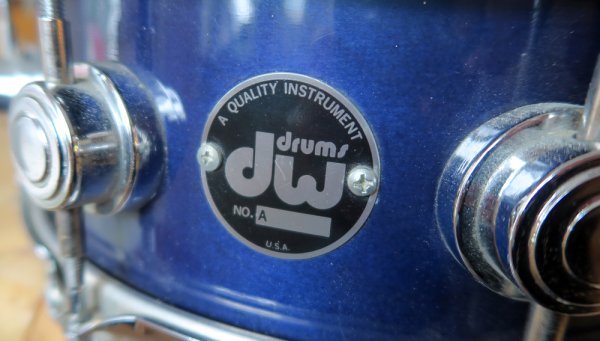 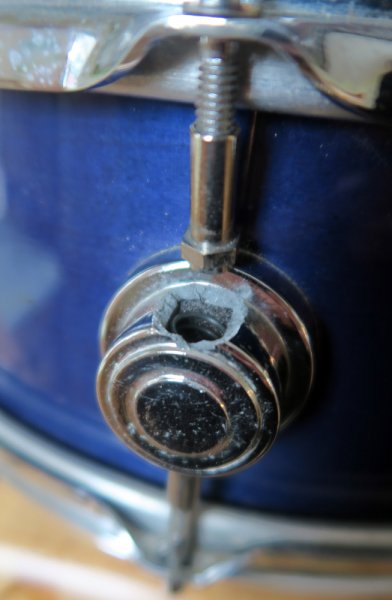 My question: did this happen more often to others? Had the early DW quality issues? I know, regarding hardware, the answer is yes, but on this part of the drums?

unsure about DW, but a friend has a Ludwig Colusium and all 12 lugs split...in his case I'm guessing it was temperature related (unheated basement, in a black case in front of a window that got lots of light).

My understanding is that some drum parts are made form a lower grade of metal than the makers would like to admit.

DW back in the day ,bought a lot of OEM parts for their drums.
A lot of their shells were sourced from Keller back in the day too.
Metal fatigue occurs on acroos the line on all brands,just be happy it's an easy part to replace.

I’ve seen this on old drums and drummers who over tighten. Should be easy to replace.

Dont know either but a new casing should work fine. I have an earlier DW 5x14 with a "Camco" throw off.....

Thank you for your suggestions.

The replacement part is already ordered.


bassanddrum84 said:
I’ve seen this on old drums and drummers who over tighten. Should be easy to replace.

I thought about this as well. But actually this snare was tuned quite low, where the Keller shell does still a good job. The top head (where it broke) is even lower than bottom.
And I thought about rimshots, too, but again, this tune lug is the one pointing directly to the player (me). Rimshots are played closer to the next two lugs on the left side. The one which was replaced years ago was on the far right, also away from where I hit rims.

To me, that sounds like a material quality problem. Of course I can live with replacing a tune lug every 20 years. And I'm happy that they're still officially available. I just thought maybe the hard hitters among you experienced similar problems.

The batch says 'A quality instrument'. On stage I play mostly a Hayman snare that is 20 years older, and is hit harder (sometimes) without such issues.

From what I've heard about cast metal parts like that, it's a manufacturing issue rather than a material issue. For whatever reason, something was off a little bit when that batch of lugs was made which left them slightly more brittle than normal. It might be worth taking a close look at the other lugs to see if they're developing any cracks. It also might be worth contacting DW about this. They have been very good in the past about this kind of thing.
D

To give an update:
The lug was replaced, and since then I had no further issues with this drum.


ARGuy said:
From what I've heard about cast metal parts like that, it's a manufacturing issue rather than a material issue. For whatever reason, something was off a little bit when that batch of lugs was made which left them slightly more brittle than normal. It might be worth taking a close look at the other lugs to see if they're developing any cracks. It also might be worth contacting DW about this. They have been very good in the past about this kind of thing.
Click to expand...

In Germany, you can't get parts from DW directly, it has to be ordered through their distributor GEWA. And the guys there were not very cooperative. I had to pay full price and will have to pay full price if other parts fail. Of course, it's an old drum. But it was hardly played and clearly has quality problems for a high price they once got.

I also don't play it anymore and just keep it because it matches my really great DW kit, which was played a lot and never had quality issues like that. Sound wise this snare drum could never keep up with the toms and bass drum of the whole kit. It's like a league below (not bad, but not great either), with a great 'sweat spot' but low tuning range.

If I read the other comments, it seems I just had bad luck with mine and many others just had good luck.
C

I bought a used 10x14 DW snare in the late 90's. Not too much longer than that the lugs started going. One at a time. I have a lot of tension on the heads. Replacement lugs can be found, but can be very expensive. I'm thinking of reinforcing the lug by putting a washer inside. Just an idea I I'd try.
You must log in or register to reply here.
Share:
Facebook Twitter Reddit Pinterest Tumblr WhatsApp Email Share Link