What’s your favorite part of a drum set?

My 22" bass drum. In the proper setting it can bring me to tears.

This is a tough one.

My first answer was “snare, of course!” but after some thinking, I had to back track.

Bass drum carries most of the power and weight of the kit sound and it can be the foundation of a song. But so many sounds can be pulled out of a snare drum, which gives it a wider range of expression.

I think jazz drummers will pick the ride, overall. It’s the heart of most jazz drumming and is the most expressive part of the jazz kit. The genre already lead itself to establishing the ride cymbal as the lead instrument for a jazz drummer. This is a borderline broad generalization, but I think it’s accurate.

If I had to pick one piece of the kit like the thread is asking, I’ll go back to the snare, albeit reluctantly. The amount of choice we have among different sizes, materials, tuning and ways of playing a snare give us a huge palette to paint with. That may well be why so many of us have large snare collections. They’re all the same instrument but all the choices allow us to do different things.
T

BOTH are just SO Dynamic! I can play them at a whisper or a ROAR! and they NEVER Choke! ALWAYS Responsive!

What is VERY Weird on them is this strange way they bearing edge is filled down where the snare strainer goes across the bearing edge!
This wasn't something that someone else did... this is what SLINGERLAND Did back then! I also own an early '50's Slingerland "Gene Krupa" model that I bought from a guy for TEN BUCKS! He found it in his neighbors TRASH! It needed a little love but the SHELL was in PERFECT SHAPE! NO Warping at all! But there it is... the bearing edges are filled down! But it SEEMS to make the snares sound INCREDIBLE!

Snare drum. Another way to put the question is maybe this: If you could only take one thing to a gig, what would it be? Or if you could only keep one thing from the drum set, what would it be? When I get really old, if I do, it'll be a snare drum. I can play a whole gig with just a snare. I've had other musicians look up after a few songs and tell me they hadn't noticed I was only playing a snare drum.

Fun topic! At first I was going to say the Hihat because It's fun playing them open, closed, half-open, etc.. You can get funky with it. Obviously it takes an interaction between the snare and bass and hats to get something going so those would be the big three for me fo sho.

But having to narrow it down (and I like all kinds of configurations of drum sets, coming up in the rock era): it's gotta be the snare drum. I guess my early years--starting with year one as a drummer with only a Slingerland Sound King snare drum kit with a gladstone pad, learning rudiments and playing marching stuff, learning to play open and closed rolls, flamacues, paradiddles, etc... playing marches as the lone snare drummer in concert band in both jr high high school and some snare drum in college, etc...--I digress.. Because the snare stands alone without the rest of the drum set.

So maybe it isn't fair because the snare can exist easily without the rest of the drums, but there you have it, I choose the snare drum, because of that and in spite of that. nothing like the backbeat. It's one loud drum for its size too. Hard to ignore it. Snare drum it is!

I'm going with my 10'' tom. I prefer playing a 10'' over a 12'' with a one up set up and I like the stick response I get when I hit it compared to bigger toms. I like them tuned med/low . Back in 89 I added my first 10'' tom to my kit and have always played one since. I converted a 10'' Rogers Big R concert tom to a regular tom a few years ago which turned out great...now I'm looking for an aged silver sparkle Ludwig concert tom to convert. 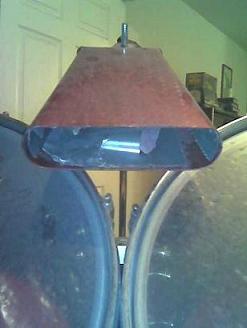 Everything in front of the throne

The 16" floor tom. I was fascinated by floor toms ever since I was a kid looking at drum catalogs.

Has anyone picked the poor mounted tom yet?

I am new to drumming and spend a lit of time hitting closed hi-hats. So right now they are my favorite. My least favorite is my 20" bass drum because I cannot get it to sound the way I want.

It's the ride cymbal for me.
You must log in or register to reply here.

The 3 Main Bass Drum Head Combos - What are the differences?

C
DON’T BE A TOOL; TREAT YOUR TOOLS RIGHT