What Are Your Favorite Car Years?

The only era that trips my trigger is the 30s .
B

I love the tri-five chevy, these two are mine.

Wow! I had that exact same model! Color was the same, and it was a 4-door too! I have no pics, but I have a video somewhere. Thanks for the memories, now where in God’s name is that video?!?

But the stuff from the very beginning pioneer/horseless buggy era fascinates me the most.
I'm really intrigued by the idea of guys making something from nothing, by hand and with no guide to follow. 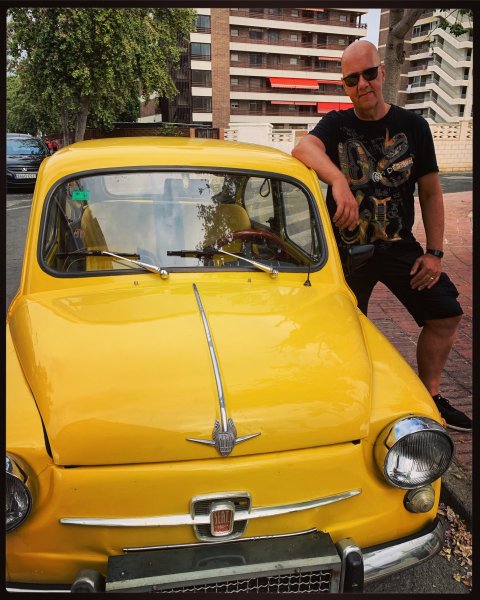 1968 was a lousy year for a lot of reasons, but it was a great year for cars. A lot of my favorite models either were introduced or significantly revised.

I like the first album and Candy-O was good. Are you sure that’s not a ‘69 Camaro, MasterBlaster?

It could be... I was blessed with good looks and great drumming skills, but not real smart. ;>)

Actually, yea - I just frigged up the years.

drummer5359 said:
1968 was a lousy year for a lot of reasons, but it was a great year for cars. A lot of my favorite models either were introduced or significantly revised.
Click to expand...

From the Rambler to the AMX the guys at AMC were big thinkers .

Love the pics and stories in this thread !!!!! I personally love classic sweet cars from 40's up but have a sweet spot in my heart for late 60s and 70s muscle cars. Been shopping around for a $5k or less Corvette with some of the kits I have unloaded over the last two years.
My "affordable" love of classic cars can be shown with my Hot Wheels collection in my foyer:

In the early fifties in addition to used cars he became thru recommendation of a large Pittsburgh Packard Dealer (say that five times fast) a Certified Packard Service center point for Westmoreland county.

In was in these years he and a few of his dealer friends made some trips to harrisburg to open office that could represent independent non-franchised dealers. It was the beginning of the P.I.A.D.A. Pennsylvania Independent Automobile Dealer Association charter member officer 1951 (it led to used cars and used car dealers being warranted and certified to standards

The 49 Packard Super Deluxe -the one car he kept (until 1976) he kept forever and that's me peeking up outta the seat.
In later years I would detail (sections of) that car. (The grille itself would take all day.)

In 1966 he took on the Fiat franchise (when everyone else was taking nissan and toyota) and built this building.

that's where in 1965 (age 9) I began. With (that picture is 1970-71) the used American cars you see there and the new stock Fiats sprinkled around, and the 1963 Studebaker Avanti (had many of those) out front, an attachment to his Packard days . I started working there as mechanic when I was..yeah..


Fiat pulled out of the USA (1982) and he bought and converted a house into offices and we moved location 1/2 mi away, and returned to all-used cars with an accent on european (and American) iron. (and fiberglass resin)
View attachment 407325View attachment 407326

I'm a Pittsburgher, although I left in 1979 and came back for good in 2010. I particularly remember the converted house, although I was with a good friend when he bought a burgundy 124 Sport Spyder from your Fiat dealership. (It was 1975 or 1976.)
B

BennyK said:
From the Rambler to the AMX the guys at AMC were big thinkers .
Click to expand...

Definitely! Love AMC cars. Even though most people say the Gremlin & Pacer were ugly, they were ahead of their time and sold like crazy. My mom had a Pacer and would take me to school in it. Back then it was normal though. I remember friends whose parents had Pacer's & Gremlin's as well. Most people also take for granted the innovations & vision that they had. The last of the Eagle wagons were the precursor to the crossovers that people drive today and they were damn tough. Today you drive a Subaru Outback if you live in the mountains, back then you had an Eagle wagon.
You must log in or register to reply here.
Share:
Facebook Twitter Reddit Pinterest Tumblr WhatsApp Email Link