What did Max Roach do?

Im young. Im dumb. I only know Max Roach from videos on youtube. From what I’ve seen, nothing he has played has moved me. But he is regarded as one of the greats. What should I be focusing on? Is it possible to just not be a Max Roach fan? Is enjoying Max’s playing an acquired taste? In your own words, what were his contributions to drumming?

Well, do you like Jazz in general? He came up with a lot of vocabulary that is still used today in all kinds of styles and meters. And he did that at blazingly fast tempos with great precision and sound. Also he played long, musical solos while other drummers of the time often only played longer fills or flashy things. He did a lot of pioneering things and at an extremely high level. People back then must have been mesmerized by his playing and he's still studied by drummers today.
Have a look at his discography and pick and artist/album that you like. If you don't enjoy it, so be it. You can still give him another chance in a year. https://en.wikipedia.org/wiki/Max_Roach
One of his best known albums is this:

His contributions to bebop, bandleading, composition and jazz as an art form were immeasurable. An amazing musician. Roach often improvised in repetitive rhythms in the way modern drummers do now. For me his rhythm and musical style is instantly recognisable. If you are interested in these types of players you’re going to have to find their music. YouTube is no good for this. Jazz is a history of music and it requires researching. I have a recording of I’ll Remember April you can’t get anywhere, I’ll upload it because it should be heard.

I'm not a Spotify fan, but this album is solid gold and very hard to find. Check out the Max Roach songs and there are 100 really good tracks!!

I think it's a jazz thing. If you aren't really into bebop, his playing may not impress you. I used to be the same way with country drummers, because I'm not a big country music fan. Then I started liking it a lot more, and began to appreciate the brilliance of the elite country music drummers.
Max Roach was a pioneer - the way he kept time on the ride, instead of the bass drum, is largely credited to him, although some will claim otherwise.
Technically, he was solid, and his tempo was impeccable. As a drummer who sometimes struggles with rock-solid tempo, I can appreciate this. Max, perhaps more than anything, was a very musical drummer - his playing was never less than a very capable, if not outstanding, accompaniment to the melodies being played. His solos "sang", just like a trumpet line or bass run. He's the only drummer whose solos I can hum along to.
His playing on "Cherokee" still blows me away, but I really like his solo stuff as well. His work with Clifford Brown is widely considered to be among the best jazz ever recorded.

Swissward Flamtacles said:
He did a lot of pioneering things and at an extremely high level.
Click to expand...

I like Max Roach & his playing. However, can anyone name 5 "pioneering things" he did? Please be specific if you can.

An old local big band/ jazz saxophonist gave me a live bootleg cd ( taken off an old tape) that I think him or his drummer friend secretly recorded at a gig in Chicago in the 50s whilst they were on the queen Mary cruise ships band, Max roach was the drummer at the gig they saw, I'm still trying to remember the trumpet players name I should know cos he's well known. it is blisteringly fast tempo bop stuff, I'm blown away by it, you can hear layers of rhythm in it real polyrhythmic drum co ordination especially the stuff he does with the bass drum ( rhythms within rhythms) I don't know how he did it. Sometimes you can miss the good reference recordings of a player.
Last edited: Jul 7, 2020

trommel said:
I like Max Roach & his playing. However, can anyone name 5 "pioneering things" he did? Please be specific if you can.
Click to expand...

Off the top of my head:

1. He pioneered the idea of playing melodic ideas on the drums.

2. He expanded significantly upon Kenny Clark’s comping innovations to create an entirely new language of bebop comping that Elvin Jones and Tony Williams later utilized for their own innovations.

3. He invented an entire language of soloing ideas on the hihat.

4. He was the first bebop drummer to switch between two ride cymbals during a tune to give A change of timbre to different soloists. (The other early bebop drummers - Kenny Clarke, Art Blakey, and Roy Haynes - didn’t to this. They would use one ride cymbal throughout every tune.)

5. He was one of the first, if not the very first, jazz musician to use his music as a statement of strong and vocal protest against the treatment of treatment of African Americans during the civil rights movement.


For reference, this is the first Max Roach recording I heard (when I was 12) where I was really moved by his playing. Forgive the poor recording quality, but it is amazing:

He was one of about four drummers at the beginning of 1940 Be Bop. 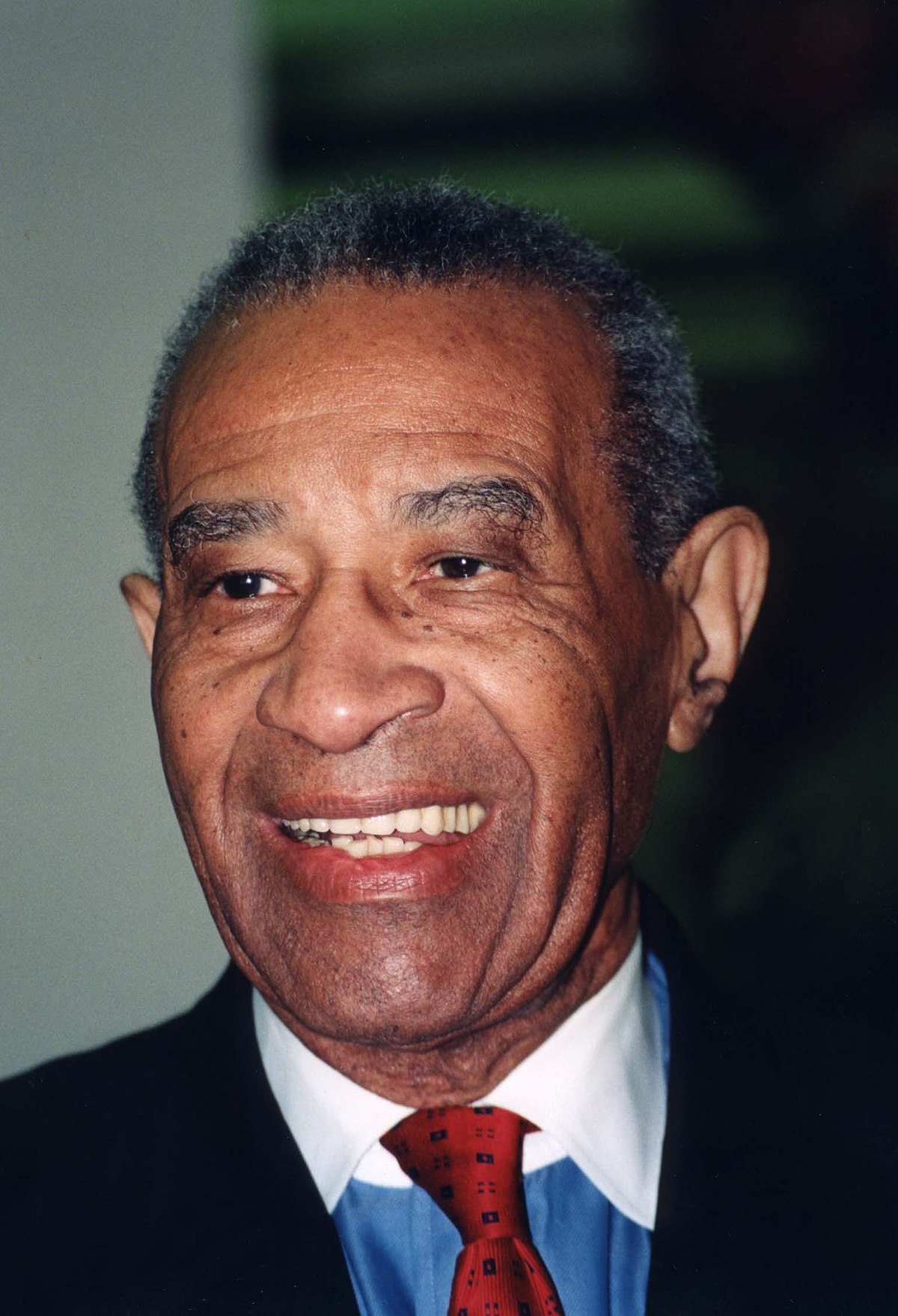 Then he Led his own Band- Band Leader.

He was associated with a social movement in addition to recording hundreds of album. Was lightning fast Rhythm player- too. His solos weren't as much spontaneous as they were individual compositions.

Maxwell Lemuel Roach was an American jazz drummer and composer. A pioneer of bebop, he worked in many other styles of music, and is generally considered one ...

Check out "Un Poco Loco" with Bud Powell (the master take)... he made up the beat on the spot in the studio.

I'm only a casual Jazz listener, I take my moods and will listen for a few days then done for a while. A lot of it I feel like the guy on Amadeus that says "Too many notes!"

Cherokee and The Drum Also Waltzes are two good examples for Max Roach for dummies if you don't like those two or some of the others mentioned you probably just don't care for his style, maybe come back to it later. I keep trying to like Buddy Rich but after about 35 years I've about given up.

I honestly dont really care for jazz... (please dont kick me off DFO) but i know its worth studying. I think since ive grown up with crystal clear highly produced drum tracks, those early jazz recordings are hard to listen to. When I watch and hear other great jazz players that he is grouped with, I immediately understand why they are esteemed. Also, everything ive seen he has such a stone cold face and hes not smiling. To me, the funnest thing about watching anyone play their instrument is watching how much fun they are having. Maybe he was on a mission? From what you guys were saying, i guess he maybe just had a goal in mind? Also please understand guys im not trying to troll. I really appreciate the schooling and I will definitely check out the suggested material

Well you don't like the Blues either?
Yes he had a bigger goal both Socially and Economically.. He probably reached both of them. The stern face was the seriousness to him of the time..

I saw him perform with his band- up close- from the side- in 90 or so and that's what struck and stuck with me.
He was very controlled not flailing improvisory...
I thought- "I can understand/see/ exactly" what he's doing.

I didn't expect that..
I expected a blur and me trying to catch up. But no.
Everything every note every movement was clear and measured.
Last edited: Jul 7, 2020
M

The first drum record I bought was "Rich versus Roach".

trommel said:
I like Max Roach & his playing. However, can anyone name 5 "pioneering things" he did? Please be specific if you can.
Click to expand...

I know of the motel and the clip...not sure of any others.

When I was young, especially a teenager, I hated jazz. To me, then, it was "old people music". It represented my parents' and grandparents' generations.
When I got older, I certainly lightened up and thank gosh I did.
No worries; you might not like jazz now, but some day, you just might.

this is a good time to apply a Buddhist type philosophy: “If you try something and you don’t like it, you haven’t done it long enough.” Believe what everyone says about Max. He is one of the best. If you cant hear it yet you just haven't listened enough. Listen more and you will hear his greatness.

Max Roach and Steve Gadd Onstage? Sorry I Missed It.

B
I LOVE THE MASTERS , BUT I HAVE MY OWN GROOVES AND BEATS THAT ARE ALL MINE , TOO

Gretsch 4x14 snare (NOT the Max Roach/vintage RB ones!)