What is the "hands down" best sounding Ludwig snare?

there is a line from an episode of Seinfeld's "Comedians in Cars Getting Coffee" where he is talking about a very special Porsche 911 (a 1973 Carrera RS)...it goes: 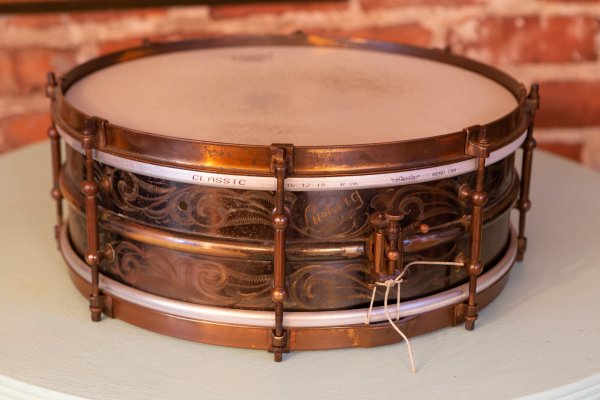 Well Ive owned a pre serial number cob 14x6.5, various acros and blackros a few wooden ones and out of all them I really like the acro. To me it has such a classic tone. Tuned up high or low and it sounds good to me. It’s a snare that I can throw around and not worry about it.

Yes! I'd miss it just because you missed out on it, Lol!!
That's how I feel when I miss out on something!
Not precisely because of the difference in sound but more because you don't have possession of it. Collecting is also one of the fun aspects of Ludwig snares. (Unfortunately $$$) Lol!!
Last edited: Jul 24, 2021

“The Ludwig Acrolite shell made between 1966 and 1968. These are different for a reason told to me by Wm Ludwig Jr. He was right. They are the best.”

Hey looks it's me! I ended up buying that drum. It's a beast!

But I think for me it's a tie between my 70s 402 (which somehow DOES have that Bonham special sauce) or my Black Beauty, which is just so dang fat.

I’ve owned a few: Super Sensitives: 5x14” in Chrome over Aluminum, Black Beauty Brass and Hammered Bronze, Supras: 5x14 Hammered Bronze, African Satinwood, Cherry Classic, Natural Classic, COW Classic, Acrolites: a few 5x14 and a Reissue 6.5 x 14. Though I love the Hammered Bronze Supra, the Acrolite 6.5 has the thicker shell and can take my ear into places I thoroughly enjoy.

nomsgmusic said:
Is there really a debate? Since the above video was posted. I'll follow with this one.


Years ago, after I played this (above) drum for a while, I was SOLD!!! The snares off sound, the snares on sound, the brush sound, everything! DANM!!! My personal hunt was on. I sold a ton of stuff that I wasn't using and searched (and searched....) And thanks to a few good friends, MISSION ACCOMPLISHED.

Unfortunately, my love of deeper snares, then made me look for a 6.5. And although I couldn't find a 6.5 BB, I found a Slingerland Professional 6.5 NOB (and couldn't resist.) In fact during my search I bought every Ludwig 2 piece NOB that I ran across (including a 14" NOB two piece 6 lug Universal, now gone) and a two piece 4x15 (the Larrie Londin special!) Then I found THE ONE (for me,) a 6.5x14 two piece 8 Lug NOB.

I've said this a few times, and since a few others have agreed with my 1920's BB opinions. I'll say it again.

High end, snap, and crackle is a given on snare drums, that's what they are expected to do. That's the easy part. But the thing with these old BB's is the low end, and the lower mids that they produce. Because of the low and low mid, these drums are dark and smoky like old K's, and like NOTHING else. They sit perfectly in any mix.

I also think that they are soooo "ballsy" because of that extra metal on the shell. The closed bearing edge chambers, and the overlap account for approximately 3 extra inches of vibrating shell material (NOB.) Therefore a 4" drum has 7" of shell, a 5" drum has 8" of shell, and a 6.5" has 9.5" inches of NOB shell that is vibrating.

Personally, I don't care about "most sought after," or "what collectors pay," scrolling, mint condition, lug count, whatever... The real shame is that the high end retail and not true collectors market has made these amazing drums unobtainable for the "common musician."

But ask the players, producers, or engineers this same question, and you will get an overwhelming consensus. The list of GREAT drummers who own (or owned) and love their 1920's Ludwig two piece NOB's shell in whatever lug count, or finish (Black Beauty, Plain Black, or NO

is a mile long.

The defense rests your honor.
MSG
Click to expand...

How can I buy his playing ability?

I don’t think there is a best, and I haven’t played every model. I’d consider Supra’s, BBs, and even Acros all great in their own way. And some wood WFLs. Hammered brass and bronze are worth considering. I personally have a hammered brass. Ginger Bakers old instructional video appears to be a deep hammered brass. So I got one.

The 402 is great but I don’t agree that it can do everything, like many proclaim. It always sounds like a Supra, which makes it flexible, but I’ve played more flexible snares.

It is a great sound, though.
H

Hands down my 1920's Black Beauties. Either one, my scroll or flower engraved. They're both great.

I’ve had several now, but I picked up this 6.5 Rock/Concert 6 ply a couple months ago and it has dethroned my Acro. 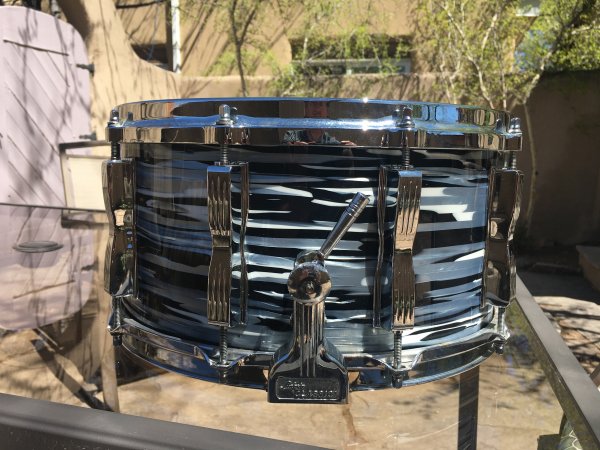 I've owned a few different Ludwig snares, and the two I still own are a pre 20s 4x14 6-lugged Dance model, and a late 30s mahogany single ply 6.5x14 Standard model. Both fantastic snares.
You must log in or register to reply here.