An incredibly unique, heavy duty snare. Die cast hoops that are solid as a rock, it's shiny as heck, and has probably the coolest snare mechanism I have ever seen. Original wires, all original hardware! This thing is heavier than a well fed ham, but it just adds to appeal if you ask me.

reverb.com
Help me out on this. Never saw a parallel strainer like this one

Is that a Jupiter? I'm not an expert on those.

Yeah, I think that's a Jupiter. Buy it before I do.

I have a 70s one with the same shell but 3x flanged hoops and a regular snare system. Perfect except for a flaw on the throwoff that doesn't affect functionality. Got it for $200 and I felt that was a good price. $180 for that one seems like a steal. I think that's pretty close to the one Stewart Copeland used on all those hits.

With the Pearl S-017 parallel strainer, and the black and silver badge with serial number, that drum is definitely later than the COB Jupiter models from the 1970s. It's likely from around '82 or '83. I believe these were called the Pearl Professional Series, and were actually heavy steel shells despite having the same "3 line" design as the older brass shells that the Jupiter models used. A quick magnet test would tell you for sure though. They're both great drums!

This is my late '70s COB Jupiter for reference. 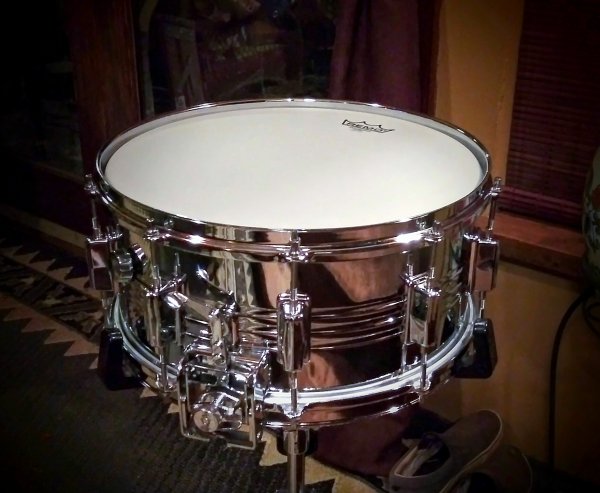 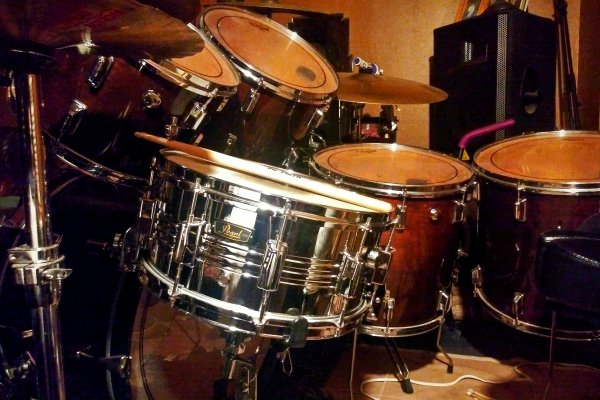