What kind of stick bag do you use?

I bought my first stick bag back in college in the early 90’s… a huge drumslinger bag that they still sell today: 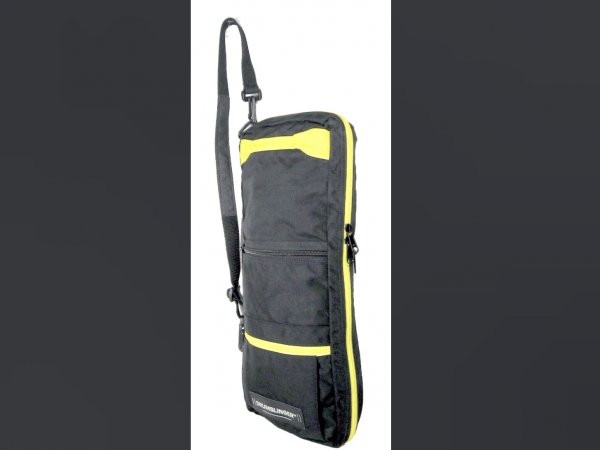 Countless gigs, rehearsals and auditions later, I was starting to get tired of lugging this monster around with me. Sure, its got tons of space, and lets me have a variety of sticks, mallets and brushes, but it had so much extra stuff packed inside for those “what if’s” that it just became a pain to take around. So, I invested the measly sum of $16 or so and got one of these: 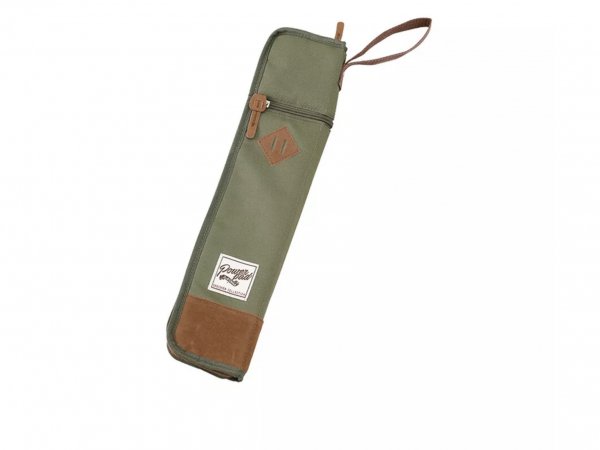 It really makes me cut down on what I’m carrying around. Right now I just have three pairs of sticks, my earplugs and a drum key. I’ve noticed that through the years I can’t even remember the last time I broke a stick, and unless it’s a studio gig, when do I ever need several sizes of sticks AND brushes AND mallets all for one gig? Never!

Ok, so I‘m no longer taking backup cymbal felts, snare wires, and all the things deemed essential for a gig. But to be honest, in the 35+ years of playing I’ve never used any of it. Perhaps I just jinxed myself!

Nonetheless, what are you using? How long have you been using it? Have you been thinking of downsizing (or getting something bigger)?

I've had this Sound Percussion stick bag for a long, long time and it's been perfect for me! No picture of it zipped up, but I'm more surprised that I even had this picture on my computer! 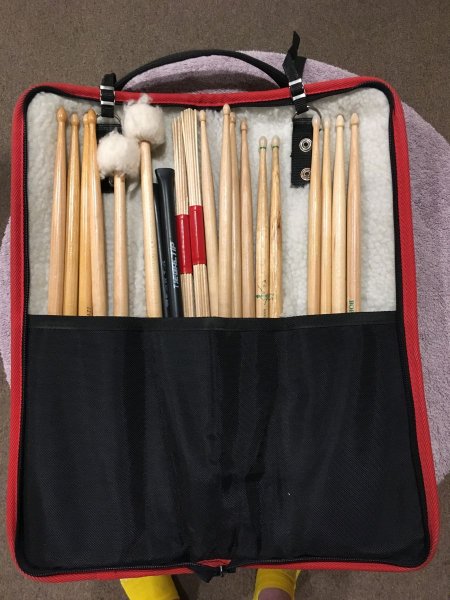 Using a plane-jane promark bag I’ve had for a long long time. Similar to the pic. Holds everything I need for any gig I’ll take on.

My old Duplex bag that I bought in college was shot. So, about 25 years ago, I picked up a medium size leather Pro Mark stick bag for about $35 IIRC. Wasn’t looking for leather, but, when I saw it I had to have it. Still going strong!

Matched Gripper said:
My old Duplex bag that I bought in college was shot. So, about 25 years ago, I picked up a medium size leather Pro Mark stick bag for about $35 IIRC. Wasn’t looking for leather, but, when I saw it I had to have it. Still going strong!
Click to expand...

Would love to see a picture of what that leather bag looks like now!

I have a Protec bag, looks like that Promark bag. I bought it used off another drummer. I works well.
M

idrum4fun said:
Would love to see a picture of what that leather bag looks like now! 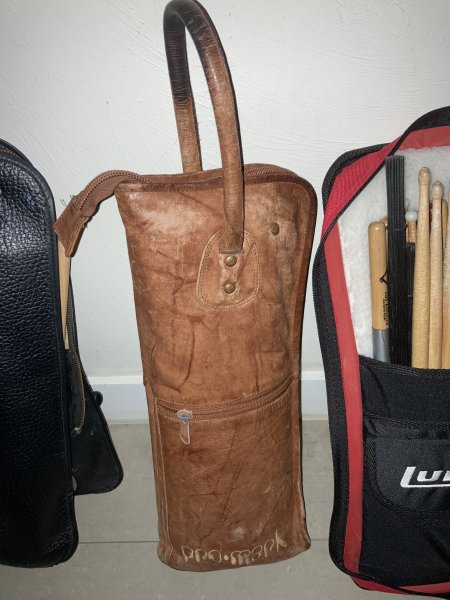 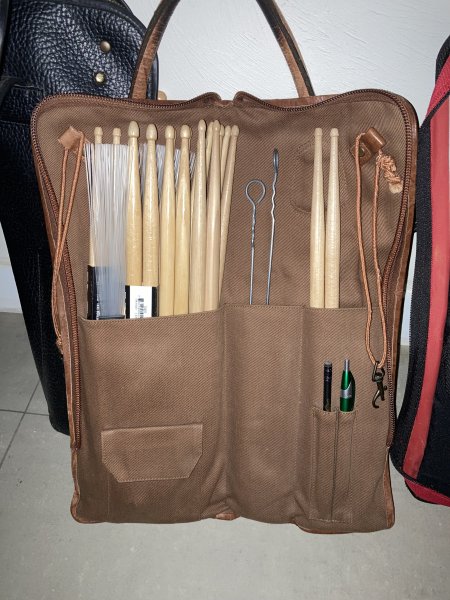 PS: Only the exterior is leather. The interior is a heavy soft canvas. Maybe cotton.
Last edited: Oct 9, 2021

I finally got a new stick bag after 25 years of using a basic Zildjian one that had holes in it. I got it for free too. It’s the ProMark Everyday stickbag. The nice thing when you buy Evans drumheads you can apply the codes from the boxes onto their website and they give you free stuff. https://www.daddario.com/products/p...es/stick-bags-and-storage/everyday-stick-bag/

I downsized to the Tama PowerPad for three exact same reasons you did. My old, regular size stick bag stays at home holding my spare sticks. 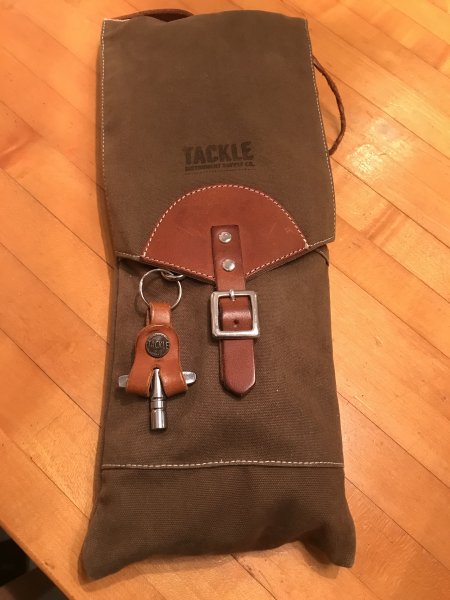 My stick bag is part of a set of matching leather cases I got some time back....
. 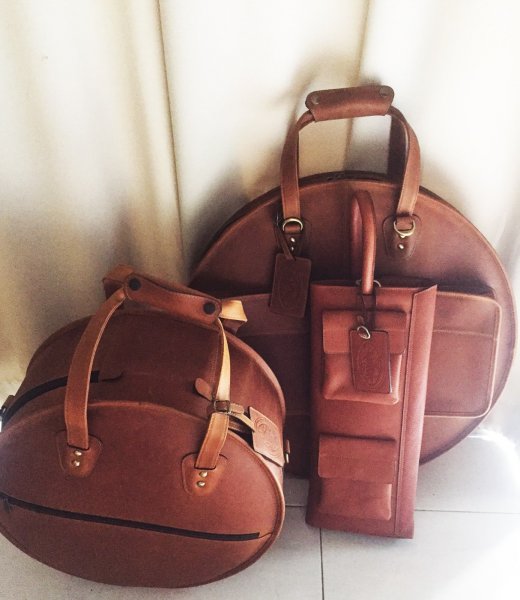 I got the Mono bag, which is nice but made like it's ready for an excursion up Everest. 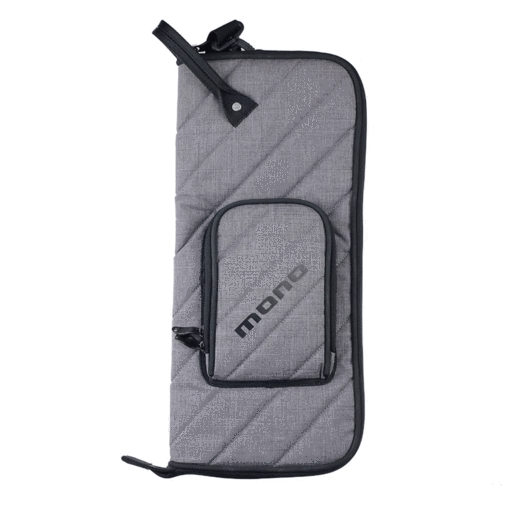 Cauldronics said:
I got the Mono bag, which is nice but made like it's ready for an excursion up Everest.

I mean, come on, did you really think I wouldn't own a coffin shaped stick bag? lol 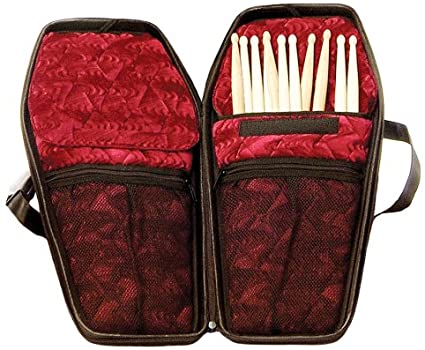 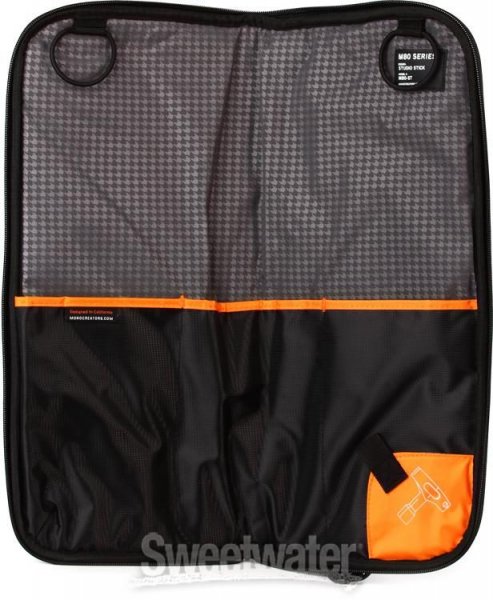 I was never a stick bag user. For 20+ years, I just threw a bunch of sticks in my cymbal case or snare case and called it a day. A couple years ago, I received a stick bag as a gift and I immediately started using it. I like it, it's a Meinl stick bag, pretty basic, but it's a big change for me...

The DW Peter Erskine Stand Alone. No longer made, obviously. Love the thing. 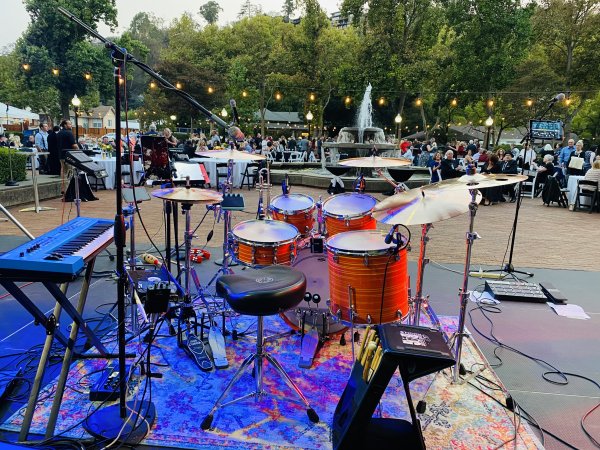 Are they leather inside and out? May be more valuable than the drums inside.

Pretty cool bags out there. I just never had the need for one, just dumped a bunch of sticks in the drum cases. The closest to a stick bag I have has got my BBQ knives, fork, spatula and tongs kept in my camping truck.
T

Looks like many of you have bags without a shoulder strap. How do you carry them? 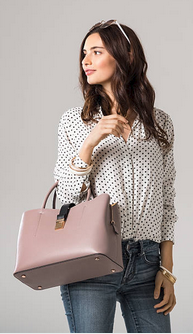