What's the largest crowd you ever played for?...

Just wondering because it seems I always end up playing for a very small amount of people, regardless of the quality of the band I am in. I have to admit it gets a bit disheartening after a while--I always joke that if I joined the Rolling Stones, the next stadium we played would be nearly empty Lol!

On the few VERY rare occasions that I have been fortunate to play to a decent-sized audience (maybe 100-125), even just a small amount of support from them boosts my (and the bands) feelings beyond belief! I couldn't imagine the feeling I would get from playing in front of a larger crowd (say 1,000 or more)--I would probably pass out.

Even if it was a situation where I was just supporting a very popular/well-known artist and literally nobody knew or cared who I (the drummer) was, it would still be an awesome feeling to be a part of. It really sucks because over the years I have been in some really good bands and we played some killer stuff that went largely ignored/unheard. Not that I ever looked for fame for myself, but I would have loved to see the band as a whole get some kudos for all the work they have done over the years.

Now, unfortunately, it seems gigs are getting harder and harder to find, and the ones we do get don't want to pay squat--THEN, if we do get the gig, we again play to practically nobody, even tho we honestly do sound really good.

Around 1200 people around a year and a half ago. 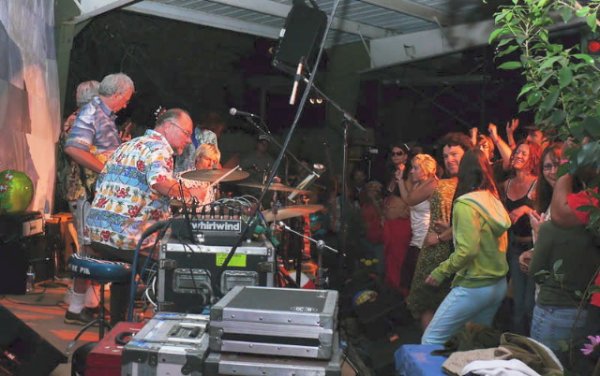 I played Texas Stadium once.

OK, I was in the HS marching band, but I did!

95 ....at the Golden Barrel in Albuquerque NM, we opened for Jonathan Richman .....or there would have been 35

In my twenties: Stockton Civic Auditorium (capacity 5,500) opening a sold out show for Starship when "Jane" was a hit.

A year ago: Stoney LaRue show @ the Cotillion Ballroom in Wichita, approx. 2000.
Photog sent me pics from that one: 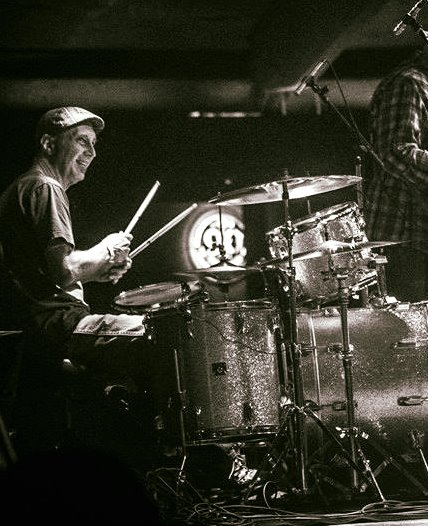 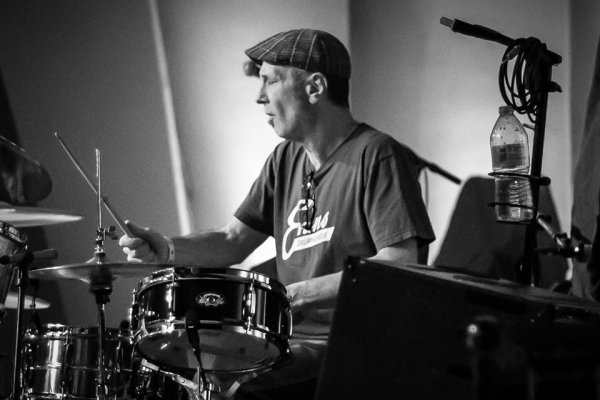 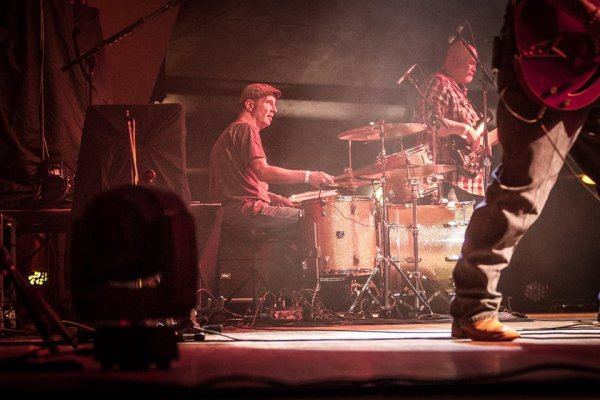 25000. The truth is the crowd wasn’t there to see us. We played before a July 1 fireworks show in a tourist town. Insanely hot and crowded.

Largest draw where we we the headline, 4000. Those days are over I think. Fun while it lasted. But in reality, gigs in front of a smaller crowds are much more fun, for me anyway. Bigger crowd, bigger venue, less chances taken, musicians play it kinda safe. I like the spontaneity and looseness of regular sized gigs.

I opened for Adam Ant at the Norfolk Scope arena back in early '84. Capacity of 11,000, though he drew about half that. Unless they were there to see me.
R

I play to around 1000 every year, playing an annual outdoor event with my Beatles band.

Smallest- Some bar in Pheonix... the 5 guys in the other band and the sound guy (Who was the guitar player from Sacred Riech!)

About 5,000 at an outdoor venue with my Beatles tribute band. That was a blast!

10,000 + opening for Archie Bell and the Drells after a 'Little 500' bike race at IU 1969. I've played a lot of Festivals with crowds in the thousands,(Taste of Chicago, Tall Ships in Cincy, Indy Jazz Fest, Dayton Blues Festival, Nat'l Special Olympics in Wichita) lotsa energy in the air, I love those outdoor gigs!
My band played Thursday night radio shows on KRAK, from The Yellow Rose in Sacramento, they said the western half of the country could pick it up.


(Archie Bell and the Drells were the best dressed band I've ever seen, 'cept for the young trumpet player from the IU school of music, he just got hired for the one gig.
I swear the energy washing over that stage felt like a wind)
Last edited: Feb 7, 2019

I used to do an annual charity event held at a huge church, must have been 1000 easy. Fun gig except...

For some reason the acoustics were weird and the loudest thing I could hear by far, when the singer was using it, was a tambourine echoing off the back wall with just over half a beat delay; drove me crazy.

I played in a trio with a husband and wife, who were both on stage. At one point we were all leaving the stage except for the wife who was to do a long piano interlude while they hit up the crowd for money and collected it. She grabbed me and asked me to stay on stage because she spotted her husband's first wife in the audience and was rattled. So we a did a long piano and drums interlude.

Not sure however a festival or holiday event would have been the most for original music. Probably Summerfest. But, what I really want to share is three. Yes, three at an actual music bar. Here’s to not giving up!!!

Sequimite said:
I used to do an annual charity event held at a huge church, must have been 1000 easy. Fun gig except...

For some reason the acoustics were weird and the loudest thing I could hear by far, when the singer was using it, was a tambourine echoing off the back wall with just over half a beat delay; drove me crazy.
Click to expand...

Singer with a tambourine strikes again!

Back in the day, high school talent shows & battle of the bands. However many people fit inside a high school auditorium!

I played Milwaukee Summerfest with a touring blues rock trio, promoter said there was about 15,000 there. We did big festivals all of the time, and a few big Easy Rider events. I remember the Buffalo Blues Fest was always pretty crowded. A few years ago, I played Musikfest in Bethlehem with the Santana Tribute band that I was playing with, there were people as far as I could see. Promoter said probably between 8,000 and 10,000 at our show.

It probably helped that Steely Dan was playing the same night, at a different part of the festival. Fagen actually walked into my-our dressing room when I was alone in there taking a nap and watching TV.

It was a pretty cool gig, and it was my second gig with the band. And... I had an extended solo on Soul Sacrifice. And... At the end of my solo my double pedal linkage loosened and came loose, see if you can spot the moment it happens.

Here is the TV shoot video of the gig and tune and solo, during a few of the other songs (on my youtube page) there are some pretty good crowd shots.

Small crowds with people that I know, or as a bandleader freak me out MUCH more.
MSG

Festivals a couple times a year for around 10 years with 10-15,000 people average. Not for a dozen years or so. Those were the days...
You must log in or register to reply here.

Anyone have a set of meinl dual cymbals?