Enajyram - Mary Jane spelled backwards. They had banners, t-shirts, and merchandise and a following of about 10 people. The singer's girlfriend/manager was always pushing to include more of his awful original songs in the set list.

Spooky and The Boogeymen.

Kill me now please ..
My tenure was short lived ...

robthetimekeeper said:
Enajyram - Mary Jane spelled backwards. They had banners, t-shirts, and merchandise and a following of about 10 people. The singer's girlfriend/manager was always pushing to include more of his awful original songs in the set list.
Click to expand...

I played in the "House Band." Wherever we went, we were the House Band.
C

owr said:
I've tried several times to get local bands I've played in to call ourselves "Special Guest". It helped that we were almost always the opening act for more established local bands.
Click to expand...

My sister played in a band called TBA.
R

True band from L.I. c. 1968 "Phaetons" you lose points when you can't pronounce it

BTW Poco began as "Pogo" but was threatened w/lawsuit by Walt Kelly.

That "Boss-town" hype of 1968 has some awful ones - "Chocolate Watch Band" comes to mind.

Always loved "The Band" for being just "The Band"

Played in a band called pogo stick. We sucked big time, but not as much as a pogo stick! 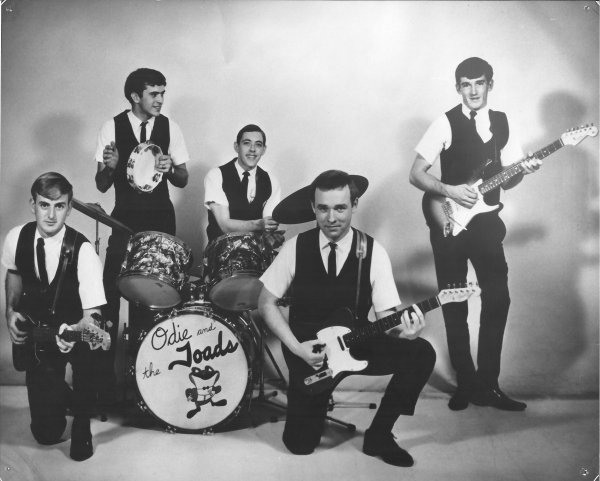 I once subbed a string of dates for a Ska group with horns:

Fun, tight, group with records and a big following. I loved it

Not a band name, but someone I met at a gig I was playing with a mutual friend, was trying to put together a band to play a CD he'd just made with our mutual friend. I said sure, send over the music, let'd do it!!

Turns out the CD was called "That Bitch Broke My Heart!" All the songs were bitter songs with names like "I Hate You (but I don't wanna)", "Cry All Night", "I don't need your kind of love"...

I was kind of shocked and just didn't want to deal with all that having just gotten over my own big breakup.

So I stalled and never answered him. About 6 months later I saw him again when he came to another gig and asked about it. So I broke down and listened to the CD that night and instantly loved it. We've been playing together for about 7 years.

Adam Lakes. I love the guy.
https://soundcloud.com/adam-lakes%2Fsets%2Fthat-bitch-broke-my-heart
Last edited by a moderator: Dec 2, 2020

Around 1990, I auditioned for a band in a very rural area near Conroe, TX outside of Houston inside at an abandoned office strip center. The band name was "Damage" and they had logo t-shirts, matches, keychains, koozies etc... all piled up under a big black banner that said "Damage" as if it was some sort of shrine. The guitarist was teaching his girlfriend to play bass because the bass player had disappeared. I was concerned about locking in with a student bass player who stared at her boyfriend guitarist's fingers non-stop. So, I inquired further about the regular bass player and they told me that he often went into the woods by himself to "cook crank" for days at a time, but that he'd be back and that she was just sitting in. I thought to myself "alright they need to change their name to Brain Damage, I'm done here". They also gave me a whiskey and coke that just wasn't right, it screwed me up till the next day... Just one drink, now I sometimes still wonder what was in it!

Mystic Moonlight, it was a ridiculous name and promptly changed

EvEnStEvEn said:
I once subbed a string of dates for a Ska group with horns:

Fun, tight, group with records and a big following. I loved it
Click to expand...

If his name was legitimately Alan Wrench, I both love the band name and pity the poor fellow

Fatty Lumpkin. I was 14. Apparently named after an obese horse in Tolkien somewhere. The name lasted one gig. The somewhat overweight bandleader was approached by the club owner on our first gig with the comment, "OK, well, you must be Fatty." Name changed that week.
Last edited: Dec 3, 2020

2000dan2000 said:
If his name was legitimately Alan Wrench, I both love the band name and pity the poor fellow
Click to expand...

Nope, stage name.
But his name WAS Alan, and he worked as a tool & die man by day!
R

I was told by the bass player that it was a military term for getting booted. I asked around and no one could confirm it. Needless to say, the name stuck for about two months, the bass player had a teenage girl tantrum and quit, and we changed the name anyway.

Friend of mine for a while called his band You Suck because that way they were somewhat un-insultable.
You must log in or register to reply here.

Drums and the big freeze