what's this board think of the band....think of, know of

I think you'll enjoy these too, JDA... a peek into the inspiration behind some of Neil's unique, and often comical lyrics. The dude is just ridiculously talented, as is the entire band.

I always enjoy it when a drummer does a gear run through.

what's their MO, who likes em , etc
Click to expand...

I posted this last year:

I've been into their music for a long time and really like Jean-Paul's style. The guy can groove! I especially like the fact that he collects vintage Ludwig, Gretsch & Slingerland's and he uses them in the studio and live performances so it's not always the same generic sound. There are some...

I've been a fan for a long time. Definitely in my top 5!
They are the real deal!

That is such a driving shuffle!!

I've heard a few Clutch songs over the years and none had really registered. Maybe I was just not in the proper headspace for their music, but I like what I hear now. I'm mightily impressed by Gaster, he's got a sort of Bonham-ish swing to his playing but definitely not in a copycat way.

Love Clutch. Jean-Paul Gaster is the swingingest drummer in Metal right now.
To me, the records don’t completely capture what they do live, so I’ll go see them every time they come around!

They have been around since the early 90’s, killer band!!!

“Robot Hive / Exodus” is my favourite record of theirs.

JP Gaster is a great drummer. Was playing some big old 26/13/16 WMP Slingerlands for a while.

The Bakerton Group is the instrumental/jam version of the band, they’ve got some cool stuff out too.

King Hobo is a side project of JP’s that’s worth a listen. Think they’ve done a couple of records.

JP also did two albums with Five Horse Johnson that are good blues rock; from memory they’re “The Mystery Spot” and “The Taking Of Black Heart”.

Also one with Mark Stanley called “Dark Brain”, one with Wino called “Forever Gone” and a self-titled one with Spy Machines.

While I'm not a superfan who knows the whole catalogue, I like what I hear when Clutch is playing.

Wow! The more I discover them, the farther they are from my first idea of them. I don't know why I was under the impression that they were of the "lifted truck with male anatomy hanging off the rear bumper" tribe... No offense if any of you are, but it's not really my scene. And I'm glad I was way off. This will serve as a self-reminder to be a little less trigger happy with the judgmental bull manure...

Gaster is probably the most solid and interesting contemporary hard rock drummer I've heard in years, hands down. But this Singer has got serious pipes, I mean serious!! Charisma up the wazoo, a great flow... I love the way he phrases his melodies and puts emphasis on certain seemingly random, but carefully chosen words. He's got a bit of a preacher-like quality to his delivery, he's totally invested and convinced, selling his stuff hard. No apologetic side glances here, no mumbling and no shoegazing either.

I'm also starting to really appreciate the somewhat surreal and sometimes funny imagery of the lyrics as well.

All in all a great cohesive unit of musically legit, hardworking and seemingly good guys. I wish I'd hopped on the wagon sooner but hey, better late than never.

Thanks JDA for bringing them up as a question, that spurred my curiosity.

I'd heard about them, but just had never checked them out. I just watched that first live vid. And if the singer doesn't have some DC go-go influence in him (the way he plays the bell,) I'll eat my SCDR. The drummer seems to have some go-go influence in him as well (check out his BD playing, slinky and funky!) Especially when the singer starts playing some straight up go-go on the bell.

Are they from DC? They gotta be! Troublefunk, Maisha, Junkyard, Chuck Brown anybody????

Cool band, not what I expected, I'm going to check them out some more. Conviction personified!

Between them, the Foos, Wilco, White Denim, Black Keys, TTB, and Battles (check them out Joe!!!) I'm good with "newer" rock bands.

A mutual friend of the drummer's and mine told me he was in NJ a while back recording a record, I should have accepted the invite to hang (I was out of town at the time.) DAMN!

nomsgmusic said:
Are they from DC
Click to expand...

I like em . Remind me a bit of Juicy Lucy

darn straight - ever since I came across.."50,000 Watts"
~I like the guitar player the bass player the drummer and the lead singer- 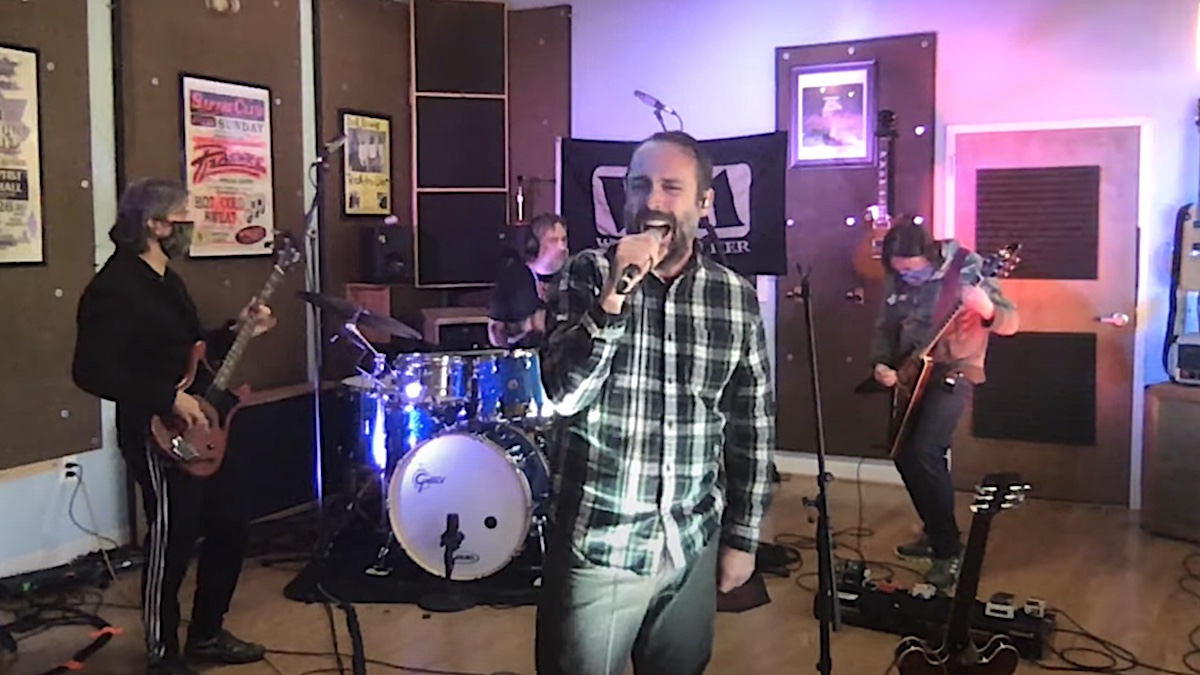 Clutch perform three songs from their rehearsal space, as they figure out how to present live music to their fans.

Surprised this hasn't been posted yet

what kind of drumsticks does he say he uses..?

Anyone know of any band openings in upstate, SC?

OT - Another story from my misspent youth for your amusement.