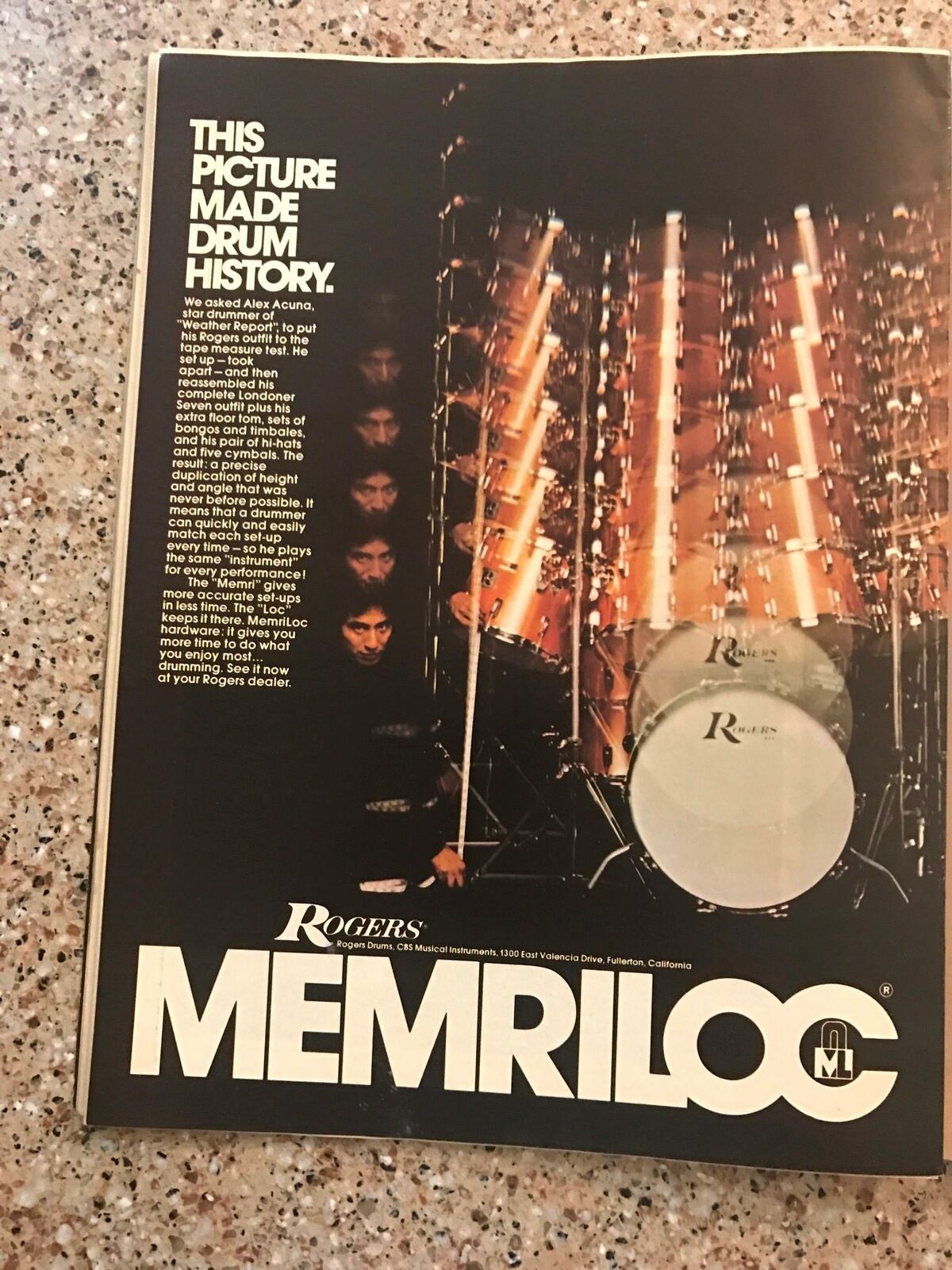 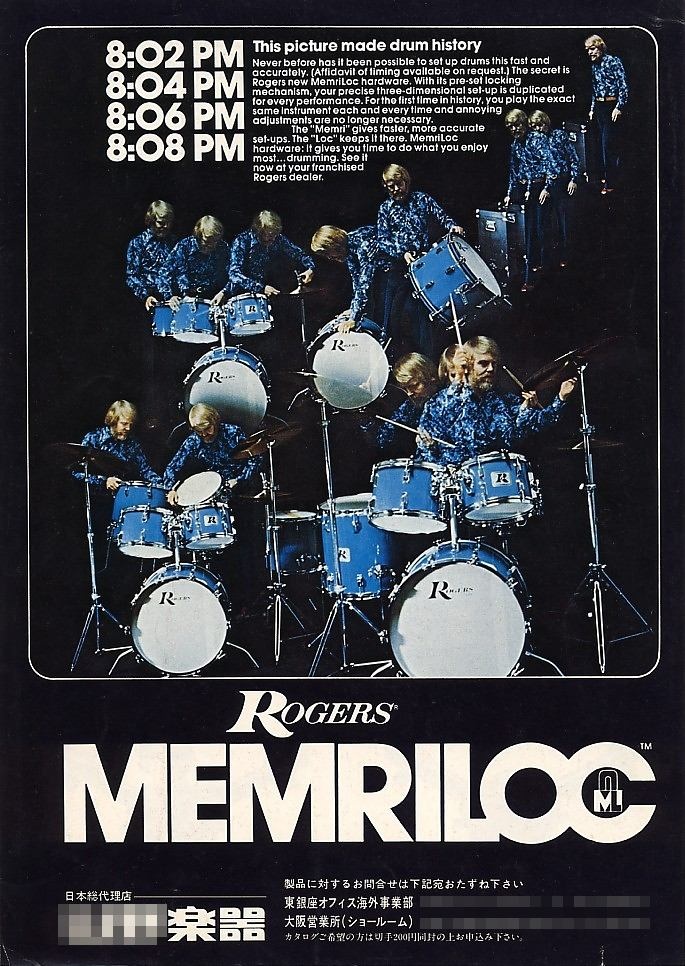 That ad with Alex (plus his playing on Heavy Weather) and a Roy Burns clinic drove me right into the Rogers camp in 1977. 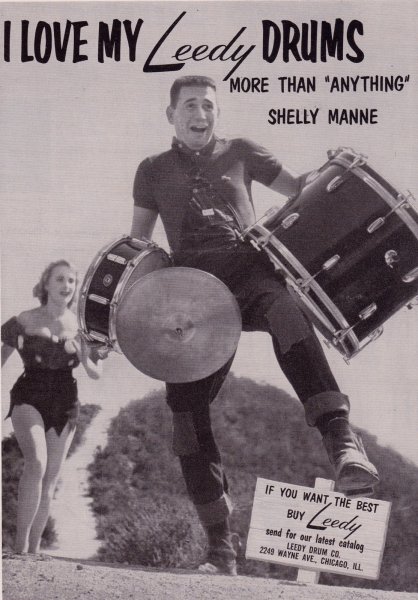 “We’re taking a sophisticated view of sex … on a farm” 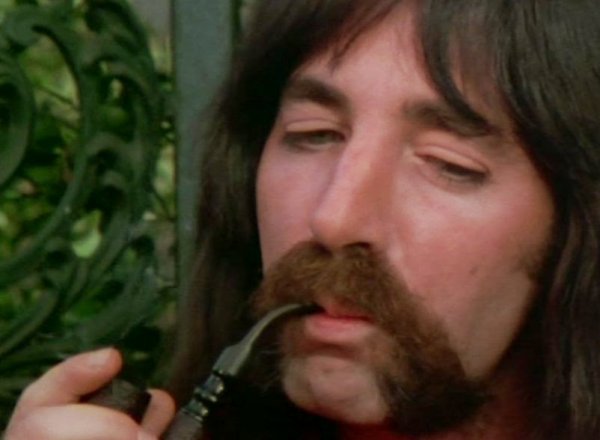 ...I remember them all. I'm sure a lot of us do.
Link to Vince Dee's website - Vincent Dee

DrummerJustLikeDad said:
I like this one, because without squinting very much at all, I can easily pretend that's really Joe Morello standing behind a kit of Gretsch drums, and not Stanton Moore.

But then my head starts to explode trying to imagine Joe sounding even better than he already did.

I was thinking the same thing.

Still wish I could find that Tama ad that was laid out kinda like the Ludwig ads I posted.

mattmalloy66 said:
This one I clearly remember from the `80s. I have a slightly different variation of this framed View attachment 474314
Click to expand...

I think this ad has been modified. I have trouble believing an competent ad agency wouldn't have said "you're."

Elvis said:
Still wish I could find that Tama ad that was laid out kinda like the Ludwig ads I posted.
Click to expand... 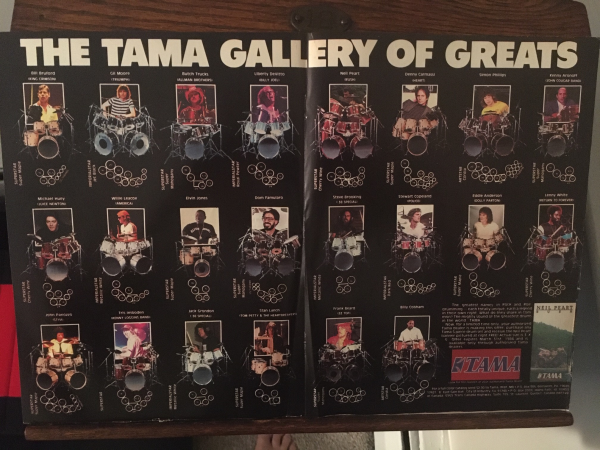 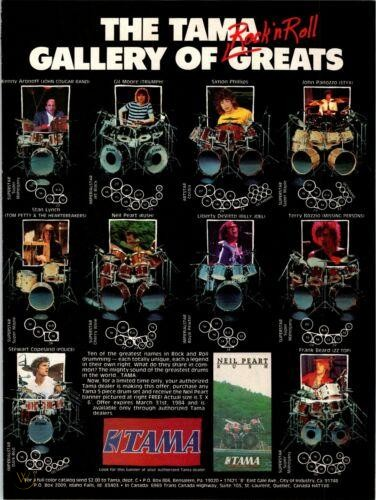 I always loved this one. When I first saw it, I imagined myself driving up PCH in a vintage XKE loaded with drums for some gig in Malibu. 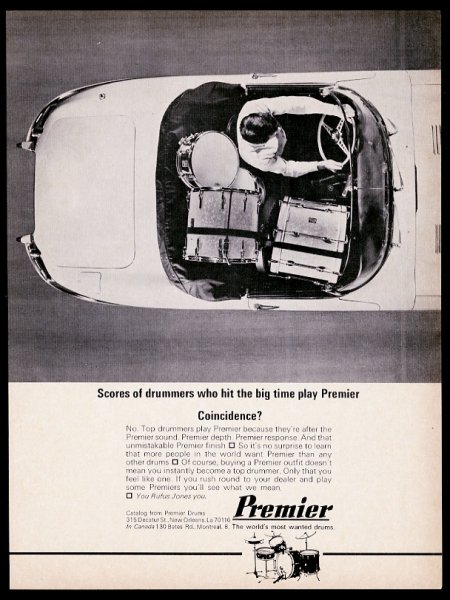 For me it is easily this Tama drum ad: 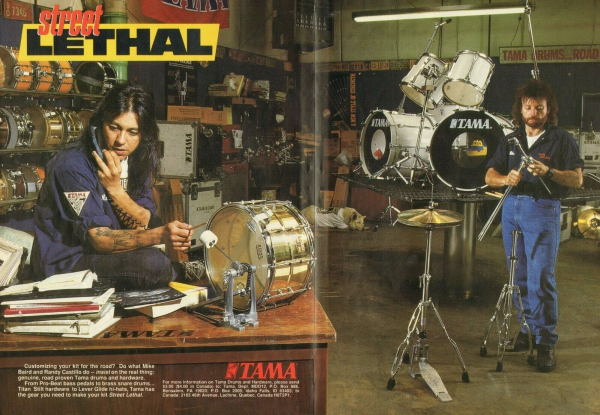 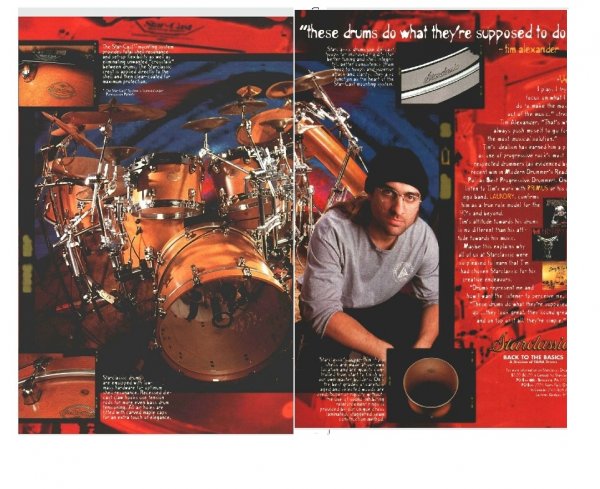 From a 1996 issue of Modern Drummer featuring one of the longest-serving members of Jethro Tull, Doane Perry, and his wonderful Premiers.

That wrap is fantastic. I had no idea the St Cleve Chronicle and Linwell Advertiser performed that kind of work on drums, but didn't they do a great job? 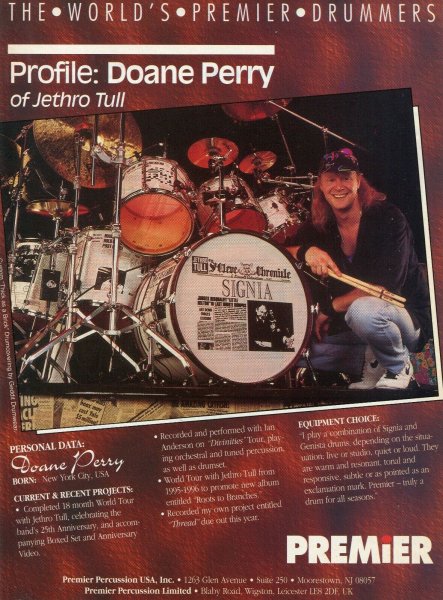 WLVN said:
When Ludwig appeared to have turned Japanese! How about those cymbal stand(s)/rack?

This would have been what I posted. You did the work for me!
B 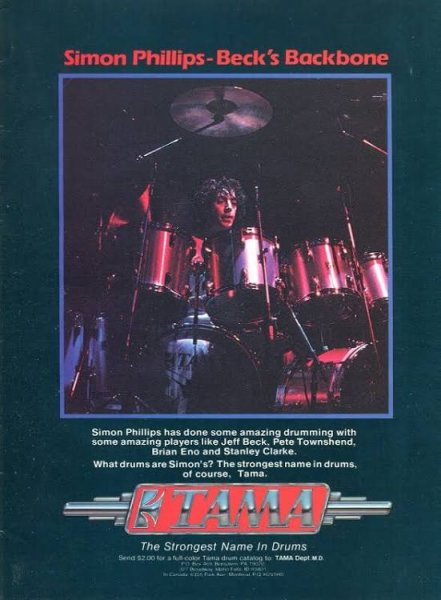 While I was flattered to be included, I don't qualify as a Nashville Drummer in the way that the other players who live and work there do. Well, also except Todd Trent, but he was Ludwig's artist relations guy for many years and probably signed all of them. Anyway, the photo was shot on the steps of the Ryman Auditorium across from the convention center during summer NAMM, 2009. I was attending, and strongly urged to be in the photo, even though I didn't think it was appropriate for the purpose of the ad. But nobody gave me any grief, they're all good guys, some of whom I knew already.

Here's an outtake from the shoot - note the two Ludwig execs all the way in the back! 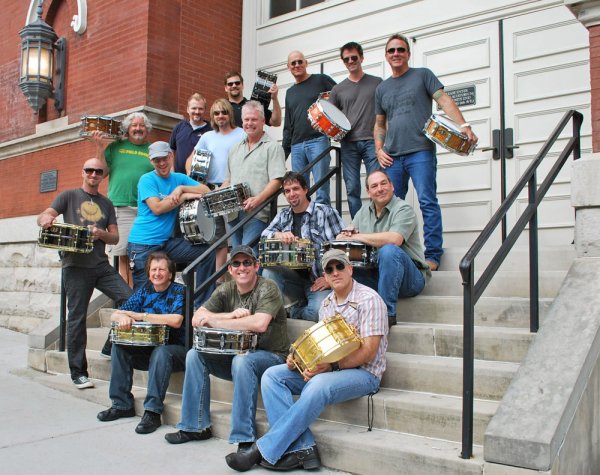 Damn, I think I must go to an eye doctor asap.
P