When a touring Prog band joins the ranks of a cover band....

swarfrat said:
Like it or not, when you become famous, you become a 'brand'.

Probably not many people would go see Slayer play a bluegrass show. If they wanted to do that, they'd need a new name.
Click to expand...

swarfrat said:
I figured Nick had to have some sort of musicians 'cred' but I couldn't find him when I googled him a while back (outside of Sweetwater). Maybe my search got crossed up with the apostrophe in his name or something.

He's crazy talented - what else do he have out there?
Click to expand...

"Rewiring Genesis, A Tribute To The Lamb Lies Down On Broadway" is a GREAT (!!!!!) acoustic reimagining of Genesis' "The Lamb Lies Down On Broadway." No synths, but with horns and strings. But don't worry it isn't a "jazz" or an "unplugged" take on the record. The arrangements were done by a wonderful Nashville arranger, and all stay true to the original essence of the original songs, and Nick plays drums and sings, and he absolutely KILLS it!!!!!!

That recording really turned me on to Nick, it is VERY good!!!!! Then I moved on to Big Big Train, and back to Spock's Beard, both are good, but I always come back to that Genesis Rewired.

Lamb Lies Down... is one of my favorite records ever, and I would usually cringe at anyone remaking one of my faves. But... "Rewired" combined with a Genesis Live version (from a box set) that Peter actually went back and masterfully re-tracked the vocals on, are both all time faves of mine (I might even like them more than the original, which would previously be sacrilege for me.) Yup those two recordings are THAT good.

Sorry for the derail. Back on subject.

I have no problems with successful musicians playing (whatever) whenever they are off the road with their more successful band. It's called MAKING A LIVING!!!! I heard someone ask Sean Penn once why he made such an (obviously) bad movie. He replied, "You know, I've still got bills to pay."

The music biz ain't like it used to be, very few are getting rich to the extent that they can afford to just sit around and do nothing until the next tour.

Look at it this way. You go out and clear $1500 a week for a one month tour, that's six grand, right? Not bad. But if you don't work for the next four months, now you made six grand in five months which comes out to $300 a week. Ya gotta keep the money flowing with local gigs, or get used to the phrase "Do you want fries with that?"

I was very good friends with a good drummer who was a member of an internationally known and famous metal band, we'll call them TS. He worked for ATT installing wiring whenever he wasn't on the road. He was really smart to do that, while other members of the band were stressing over $$$$ he lived a pretty good and happy life.

If I were a musician that made his living solely off music on a big scale, I could absolutely see myself wanting to play small shows on down time. I have played enough to know that breaks are needed but usually after the first break from lots of gigs really close together, I find myself wondering when the next gig is.

Of course I have never done any real touring where I have to do lots of traveling in something other than a car so maybe I would think differently otherwise. I just know that playing music is in me and it is something I could just not turn off or go away from for any extended period of time.

I picked up a guy the other day (I drive for Uber in my spare time now that I’m retired) and it turns out he was one of Testaments guitar players in the 90’s. He played 6 world tours at 50,000 seat venues and come home and drive a truck for a cement mix company. Blew my mind...

nomsgmusic said:
I was very good friends with a good drummer who was a member of an internationally known and famous metal band, we'll call them TS. He worked for ATT installing wiring whenever he wasn't on the road. He was really smart to do that, while other members of the band were stressing over $$$$ he lived a pretty good and happy life.

Yes and my Dad worked with him. He had NO idea who he was. Just that his name was Anthony and was a very nice guy.

I have been thinking about this ...
I could not understand what the impetus was for this discussion. Why would it be so odd to see a musician playing music or cooking soup or driving a cab or anything else?

And then it hit me.

The breakdown here is how one perceives an individual.
If you give a man value beyond him being a man, then he will become more than a man to you.
And if you see that same man ... performing normal man behaviors but contrary to the behaviors you have established ... it would be a shock to the belief system you have established within yourself.

It is obvious that value has been assigned in a haphazard way. The existence of this thread is the evidence.
Why else would it be odd that a drummer or singer or guitarist is doing anything other than the established behavior you personally have set up in your mind?

They are just people living out their lives.
R

If you strive to make your living from music and the tour is over, you look for other means of sustenance until the next one comes up. I see threads about multiple income streams - if your YouTube channel isn't making you rich, grounds maintenance, temping, lessons, wedding/tribute bands/"casuals" and Uber could be in your future, if they aren't already in your life. The bills sure as heck don't stop - babies gotta be fed and bills paid.
Last edited: Nov 7, 2019

I started off right at the bottom in this business and you know what ? .... I kinda like it here . 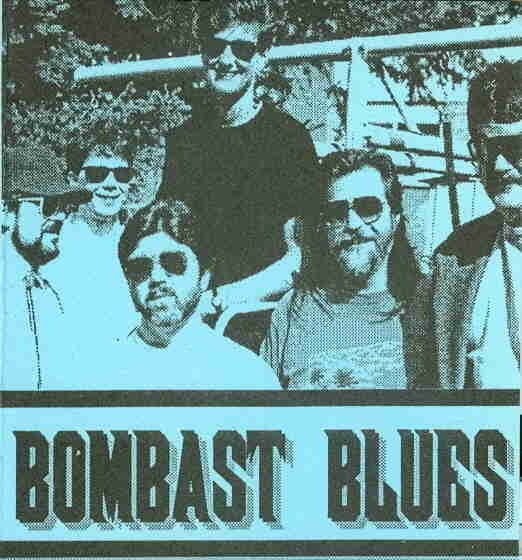 No Big Deal by Bombast Blues Band, Blues music from Ottawa, ON, CA on ReverbNation

Check out the other thread... lots of instantly recognizable names who still work trades, real estate, etc... People that you might think have 'made it'.

I'm pretty certain, in order to make a comfortable upper-middle class living as a musician, you'd need to be able to go up to any random person on the street and they would know your name.

Playing music is an interesting study.. Maybe it's just me, but here's what happens to me.

If I'm playing our originals, or even if I'm in a bigger more serious cover band. We play the songs in a very exacting manner. If the show is big enough we play to a click because there are sync'd parts, whether audio or video to the show. The songs are very exact in reference to breaks, measures, arrangement, and parts.

All this creates a level of stress that makes it not as much fun to play, or at least it does for me.

When I play with other musicians, in a more casual setting, many times we play songs I don't even know that well. So we don't really know the breaks, parts, etc. all that well. We just take queues off each other and play together, improvising where we want, and enjoying it. Yea, there are more mistakes, but the music has a refreshing feel and vibe to it.

So, if you do the former all the time, when you get a chance to do the latter, it's so refreshing and fun. You also learn some things, you play differently and find things you can use on your next album, etc. It's just fun. If you have the opportunity, why not!

My ex BIL managed motels,he told me Bernard Purdy was painting the walls in the rooms!
No lie!
I never saw him but it wouldnt surprise me.
M

shuffle said:
My ex BIL managed motels,he told me Bernard Purdy was painting the walls in the rooms!
No lie!
I never saw him but it wouldnt surprise me.
Click to expand...

Bernard was painting but Ringo got the credit.

No worries. The boys are back in town! 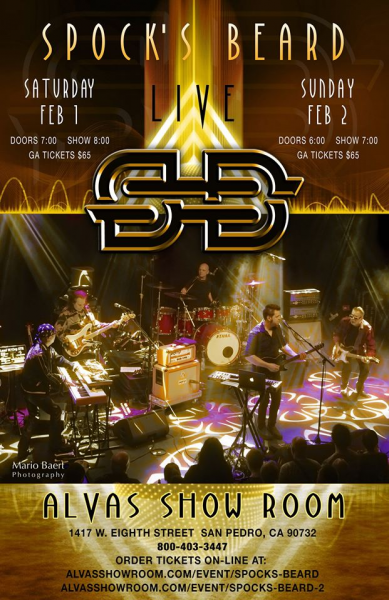