rsmittee said:
Maybe if Neil Peart had JK Rowlings for a teacher he'd have been able to swing.
Click to expand...

Pre ‘72 said:
I think y’all are taking the movie too literally or personally or something.

It’s not as much a movie about drumming as it is a horror flick revolving around a psychopath who manipulates young minds and breaks their humanity, their connection with everything they love; not just music, only to please him.

Is there redemption at the end when the kid prevails?

No. He’s broken. Forever. By a crazy person.

That’s what the movie is about. It is not supposed to be some day in the life at Julliard docu-drama or any such nonsense.
Click to expand...

rsmittee said:
Maybe if Neil Peart had JK Rowlings for a teacher he'd have been able to swing.
Click to expand...

If Peart had Rowlings as a teacher, he'd have written the lyrics to a sci-fi concept album about trans-exclusion.

So what we really need to do is cancel people who use letters in lieu of names. Makes sense!
S

He kills his victims with chairs and hi hat symbols*.

Drdrumdude3009 said:
He kills his victims with chairs and hi hat symbols*.

…AND a huge BASE drum!

Man, Flo might be pretty good lookin' but that green M & M chick is HOT.

And she also plays SABINE cymbals......

I’m still trying to figure out what all has gone on with Col. Sanders. Those commercials have been a revolving door of weird.

Or how ‘bout Burger King? Guy looks out the back window of the house and sees a dude in a plastic mask loitering in the back yard. Umm, 911?

Squirrel Man said:
For the record, the AFLAC duck was never the same after they fired Gilbert Gottfried.

I want to throw a chair at the new duck.
Click to expand...

You can only throw a chair at him if you went to IU and learned from the master:

Squirrel Man said:
For the record, the AFLAC duck was never the same after they fired Gilbert Gottfried.

I want to throw a chair at the new duck.
Click to expand...

Here is an alternative: 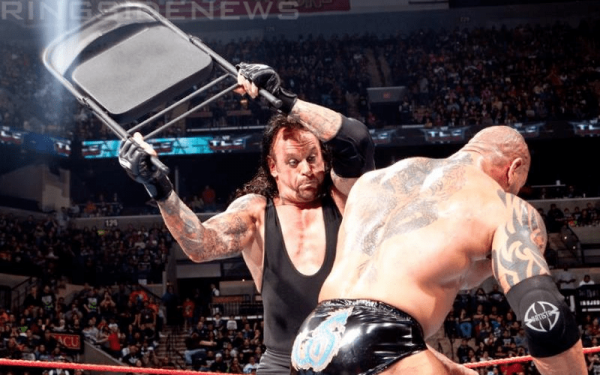 Now THAT was funny.
R

Vicey said:
This. My real problem with the movie is upholding this mythology that someone attains artistic greatness through self-isolation and masochism. Bird did not react to the Jo Jones cymbal incident by locking himself in a room and playing scales until his lips bled. He may have done some serious woodshedding, but he also played with a lot of different people and put a lot of thought into how to approach his playing differently. Musical greatness requires discipline, but the movie turns this into joyless self-torture.
Click to expand...

Spot on. Bird went out and played all types of gigs. There's a photo of him playing in a "Rhumboogie" band. He also used to play country music on the jukebox when he was famous. He said he liked it because it was little stories about life. Though he didn't play that style much, he respected swing and older traditional jazz. No doubt he worked on his chops, but he listened to and played all kinds of music.
When I was totally a rock drummer in my teens, sometimes I'd sit with my parents watching-The Lawrence Welk show. Yeah, it was corny but they played some nice standards. All the jazz pros I met told me, "Listen to everything, develop your ears" and I think that was great advice.

My takeaway from the movie is that Jo Jones was lucky he didn't get that cymbal presented to him right back between his eyes.

I believe JK Simmons character personalizes the antagonizing voice in your mind that beats yourself up when you are trying to be good at drums or whatever you are trying to be good at. Plants grow better with some fertilizer, know what I mean? I've thankfully never had a teacher that acted that way. I beat myself up enough. I did work at a famous talent agency in Beverly Hills for 6 years from 1996 - 2001 where some of the agents most definitely verbally abused their assistants.
You must log in or register to reply here.
Share:
Facebook Twitter Reddit Pinterest Tumblr WhatsApp Email Share Link