Who Is The Best Cymbal Player?

I would also add travis Barker. He has a very unique way of playing his cymbals as if they are another drum instead of a cymbal.
N

According to Louie Bellson, it was Jo Jones:

“I remember one of the last jazz festivals in Newport, George Wein decided to get all the drummers he thought were top echelon at the time. Buddy [Rich] was there Mel Lewis, Elvin Jones, Roy Haynes, maybe two or three other players [including Louie]. Buddy did his thing, pulling out all the stops. I did everything I could with two bass drums. Elvin played real well. Everybody just – boom! – played hard and creatively.

Came time for Jo Jones; he went out with a high-hat and pair of sticks and tore everybody apart. We all threw up our hands and said, ‘Okay, you got it, man. That’s all.’ No drum set. Just the high-hat. And he broke it up.”

THAT is fabulous hihat technique.

Klook, hands down.
If it weren't for Klook, we'd ALL be using cymbals very differently these days.....

I always thought Richie Hayward was tasty in his cymbal playing.

I am
I go from one to another, never married to just one
just a suave player

Also add ginger baker to this list. He always seems to know just which cymbals to use to make the song sound great.
S

While they are both among the greatest ever, I was never fond of either of their cymbal sounds.

I believe Dave Abruzzese from Pearl Jam was booted because they felt he used too many cymbal crashes. My vote is Weckle

Just food for thought. What about Roger Taylor with his upbeat hi-hat thing, chokes (so prominent and catchy on Bohemian Rhapsody), etc.? 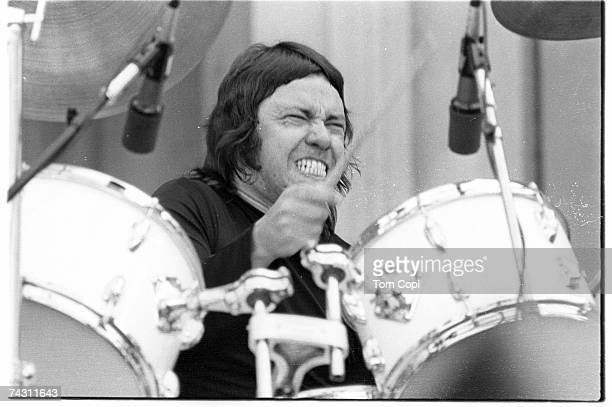 that's what I'm talking about.."