Part of why I came to this thread is that I never have these questions! They never cross my mind at all. So I come here trying to understand and discover who these minimalist drummers are Wanting one versatile kit to do everything?? HA, who are these people?

Drummers are traditionally collectors and hoarders of all things drums. Just look at the number of people here who have more than 10 kits, more than 25 snares! 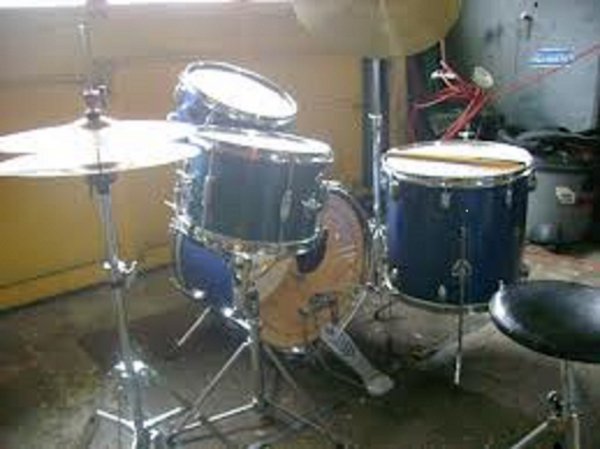 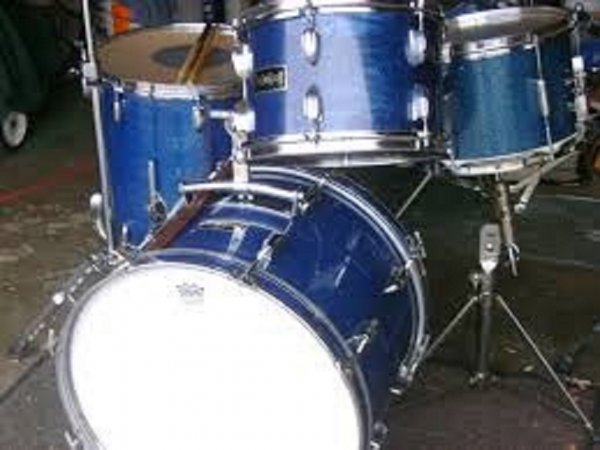 the 8X12 tom convert to snare (I did) didn't hurt either.
That set was on fire lol.

It is for me, as the range of versatility I need to cover starts at singer/songwriter and folk sort of stuff up to big bombastic rock. If your expected range doesn’t need the big booming rock sounds but may need traditional bop sounds the 12/14/20 may be a better choice. I will likely never “need” traditional bop sounds but if my tastes tended more in that direction I would strongly consider 12/16/20 as to me the bigger floor tom helps extend the range of the smaller kit

Ludwig offered a 20" kick with the super classic set up back in the day hence the term Superbeat (as in the Downbeat bass drum & Super Classic toms). This is my favorite combo of them all and I'll be using 2 of these gems from 1965 for this weekends Honky Tonkin fun. 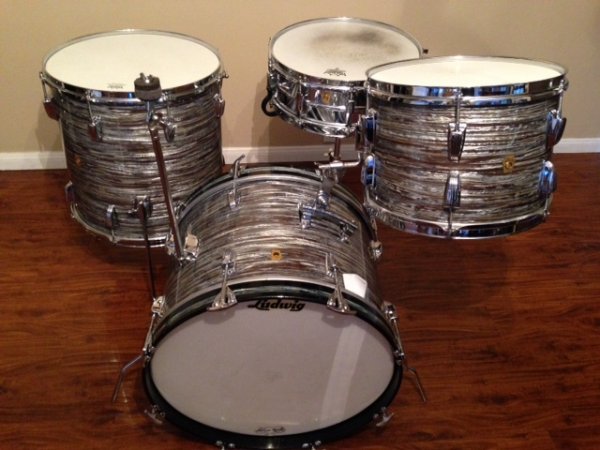 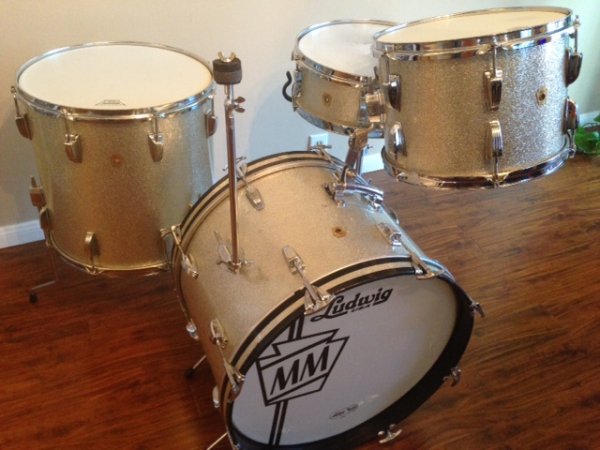 Rhythm Relics and Antique Beats Specializing in full reconditioning of 1960's MIJ drum sets. This kit has been completely stripped down to the shells, cleaned, buffed, moisturized, lubricated and completely rebuilt and is ready to rock. We match our kits with the ideal modern dru...

mpthomson said:
Historically 22" bass drums were used widely for all sorts of jazz applications, no reason at all why they shouldn't still be used.
Click to expand...

Sure it can be used.
Big bass drums were pretty much all there was before 1950's. If you want only to play older jazz styles,just feathering quarters and dropping some bombs, then 22" it's pretty good size. But from bebop onwards, it's not really very authentic size or reactive enough for faster playing.

That's why 20" is the most versatile size in my opinion. It can pretty much reach the 18"s range as well as 22"s range. It both swings and bobs, and rocks too.

no one has mentioned that once you are micing the kit, the difference between the two sizes listed by the OP are far less important than the tuning and heads used.
Heard through a decent PA either size will do most gigs.

For ease of transport, I agree with many that 12”, 15”, 20” are optimal sizes, having a wide tuning range and easy to fit on stages where space is tight.

There are always exceptions to the rule. Mel Lewis also often played 22".
Very large majority of jazz players from 1950's onwards are using 18" or 20". Those drums can give you most easily the sound we associate with jazz.


It's bit like someone asking if a 26" bass would be drum versatile for rock. And then getting a response that of course it is because John Bonham used one.
Last edited: Oct 21, 2021

When my Father gifted me with my Pearl Exports for high school graduation, this was a monster 9-piece kit. Very quickly I discovered I now had a shell bank, suitable for breaking down into various set-ups appropriate to each gig.

I remember discovering I could position the 14" as a floor tom and finding it hard to justify the 16" after that. This was in 1987. And I was mainly playing pop-rock originals.

At first, I admit to feeling irresponsible. Drums were supposed to boom with all kinds of bottom end, especially in the 80s, and I think I felt self-conscious that I was somehow cheating the drum-code by always bringing the 14 and leaving the 16 at home. Other bandmates even questioned that move, believe it or not. (Guitarists, eh? )

But there was no denying that every time I thumped on it, it did the job.

I've been a proud proponent of the 12/14 set up from before I knew it was a thing.

gbow said:
Part of why I came to this thread is that I never have these questions! They never cross my mind at all. So I come here trying to understand and discover who these minimalist drummers are Wanting one versatile kit to do everything?? HA, who are these people?

Drummers are traditionally collectors and hoarders of all things drums. Just look at the number of people here who have more than 10 kits, more than 25 snares!

I'll say what I say in every other thread of this nature - it's situational.

I think 22/12/16 is more versatile than 22/13/16. But honestly, most of those cases where I want the higher 12" tom, give a 5 piece so that I can also have my 13". I've found that those cases where I want that sound is in like funk or r&b where more melodic stuff is happening on the toms than straight ahead rock where you're typically thudding around, which is where I like the 13.
C

When I started doing the weekend warrior thing in college, the gold standard was the Ludwig Super Classic (22/13,16f w/ Supra 400). I was playing rock and pop, not jazz, but that configuration was also used by Joe Morello as well. I also used it in my high school stage band and in the pit band for school musicals as well as in outdooor local music dinner theater shows.

During those years, I was never - or very rarely - mic'ed at gigs. The rooms and stages were spacious and I was playing contemporary rock in an electric high-volume environment. But for the last decade or so, the situation has changed and in addition to still doing the weekend bar-band/classic rock thing (with the kick mic'ed up), I'm playing smaller rooms: coffee shops, shoebox size restaurants, and similar-sized venues with an acoustic jazz group, duos with singer/acoustic guitarists -- things of that nature. A 22 is unnecessary (and sometimes inappropriate) in those situations.

On a whim I bought a 20 back in the mid-90s to use with a couple of toms as a throw-in-the-car jam kit but didn't really use it until about a decade ago. When I did, I was immediately impressed with how punchy it was (and much fuller than I expected), and now my go-to set is a 4-piece with the 20 and a 12x14 floor tom plus either a 10 or a 12 rack tom. My alternate set is now a Tama bop kit (18/12,14f) and it serves me just as well in most cases; don't know how they do it, but it sounds surprisingly fat for its size.

Point being: things change. For decades the 22 was the best option; now, a 20 (or 18) serves me better. If I were still playing in the same conditions as I used to, the 22 would be better, but those days are behind me now. At this stage a 20 is more flexible - it's small enough and it's big enough. And if I need more boom-boom, I have mic's and can let the PA do the heavy lifting.