Worst stage you ever played on.

A popular restaurant tried the cheap way to put in a stage, a bunch of those removable stage riser pieces. Of course, the place we needed to set up in was where tables are, so we had to wait not only for the patrons to leave, which seemed like would never happen , but also for the staff to assemble this ridiculous stage riser.
It took forever, along with painstakingly moving all of our equipment onto this riser. We were over an hour late to start after we looked for a place to plug in. We couldn't find the outlets. Where were the outlets?

I'll tell you where they were. I'll bet you can guess.

Underneath the riser and now unreachable.

We went on an hour and 45 minutes late. It didn't fall but we were pissed. People left.

It wasn't level, did I mention that part? Joy.

I played a big band gig on a small floating stage on a lake. Every wake from a passing boat rocked the stage about a foot or two up and down. Add a brisk lake breeze, and it was a challenge. At one point, my music stand tilted and about a dozen charts started sliding toward to lake. Luckily, the entire trumpet line pounced and saved the charts. It was a long two hours.

Another gig was a Dixieland gig in an old train station: marble floors, marble walls, and a barrel-vaulted marble ceiling. You can imagine the multiple echoes from every surface. The echoes were louder than the band.

All varieties of bad stages and risers. More than once I’ve had to tape down all legs on my throne because of being on the back edge of a riser.

Played in Reno ,a terminal with a bar.
The stage was the top of the bar.
We hauled our gear up a rolling set of stairs,once on the stage the support columns were encased in mirrors with bright lights,stripper mode is what i call it, at the breaks we could go thru a trapdoor down to the middle of the bar! Then,up the trapdoor to play the next set!

I have vivid memories of doing a wedding in a barn. Now I know that these days people have dolled up their barns to look all rustic, but this was not that. This was just a barn. The band was asked to set up in an entrance where they usually parked the farm gear. The floor was large river stones, uneven in size and uneven in spread. I had a mint WMP vintage Ludwig 13/16/22 with matching hardware. There was literally no way to set up the stands. After a while, the owners angrily brought me a 4x8 sheet of particle board to put over the stones. Of course, it in no way laid flat. I mostly blocked out the rest of the gig, but I remember that I played it with a hi hat, snare, and bass drum with an L Arm cymbal holder. No toms, no other cymbals. I think we bent a nail over the snare stand to keep it from tipping.
D

I've had a few choice gigs, and seen my fair share of horrors. These 2 instances pop to mind:

A remote county fair where the stage was set-up in a VERY uneven parking lot: The promoters, for some reason wanted the stage to be very high but only had a few 4x10 risers with 24 inch legs each. The idiots shimmed all of them with various blocks and scraps of wood to reach 5 feet tall. None of the wood shim stacks were of even length because as I said, the concrete of the parking lot was, all cracked, slanted, wavy as all hell... As we started trying to set our stuff up, the whole stage would rock back and forth, a shaky deathtrap, like the worst game of Jenga ever. My bass player was walking with a cane at that time fresh out from a hip surgery (sports injury-related, not the old geezer type

) No way I was putting him in harm's way. So at that point I said to the promoter to remove all the surplus wood and lower the stage or we wouldn't play. They finished lowering the stage as the crowd was coming in and we started the gig without a soundcheck from a saved file (thanks to digital consoles) It still was wobbly but at least it was liveable.

There was another one on a Sunday in a club that held a 2 days punk festival on Friday and Saturday... The club had been rented out for the weekend to some outside promoter and by the time we arrived, no one had done any clean up whatsoever. The guy who unlocked the door for us was just a friend of the owner not an employee. So we had to mop some sticky vomit off the stage ourselves before setting up. And of course NONE of the monitors had intact speakers/tweeters ... fun times

Oh and a last one for the road, I played at this club where there was an octaver hooked up straight to the cross-over of the PA!!! Wich was of course in a padlocked cabinet. They almost never received any live acts and the local DJ set it that way because he liked the extra bass... A Nobel candidate for sure... Weeeell... I always keep a battery powered grinder in the truck in case somebody loses the key to the trailer. Came in handy that night.
Last edited: Jul 4, 2020

My worst stage is actually of my own doing. I was 14 or so in the late 80s. My parents owned a pizza restaurant/bar that was closed on Sundays. My first band wanted to have a show for our friends and my dad agreed to let us play there. Instead of just setting up on the floor, I thought we must have a stage, so we took all the old unused dough buckets, flipped them over, and just set plywood on top. It was thin, so the whole thing was almost like a trampoline. I have no idea how we managed not to hurt ourselves or fall off, but 100 people showed up and it didn't matter one bit.
O

A stage? Y'all must be real professionals. Some of my earliest gigs were in the corner of a roller rink, and they didn't improve much afterwards.

Though I do think OSHA or somebody ought to prohibit club owners from stapling cheap carpets on their so-called stages. I don't think I've ever been on one that wasn't uneven and wobbly. My guess is that if you could lift up the carpet, you'd see a few rotten particle boards on stacks of bricks, and if the termites stopped holding hands, the whole thing would collapse.

My worst one was also a flatbed truck, with our guitarist left of me and the bass player to the right. The plywood was who-knows-how-old and our bass player almost cracked through it. If I were to do it again I wouldn't.

I just remembered about another one. The bar was beach themed and appropriately called Sandbar. This particular location is long gone but we play at the other ones around the valley. We had to set up in the sand. No plywood. No stage. Nothing. At least I had a rug but that didn't help for my throne as I kept sinking every song. Fortunately I remembered I had an old snare head in my Suburban that I tossed under the back leg. That helped a bit. I bought plywood to bring with me the next few times we played there. Fortunately the other locations only had sand in front of the stage area and they eventually got rid of that too. Fun place to play otherwise. Learned from experience what I should and shouldn't tolerate and this was probably something I shouldn't have.
Last edited: Jul 4, 2020

I dunno I just read the title as the "Worst Steps you ever Slept On"...

I played a gig on a monorail.

I was 15 and we were hired to play ($10 each) at a girl's 16th birthday party at the local fire hall. It was our first time playing out in front of people. I was put up on a painters scaffolding about 5 feet off the floor with maybe a 9 foot ceiling. I had could not stand up, the riser was shaky, and I kept hitting my head on the drop ceiling tiles and getting dust and debris in my eyes. My head was pretty much scraping the ceiling the entire night. And, I could barely hear the other guys.

A club called Niles Station in Fremont CA.
A large pillar was jutting through the stage floor dead center.
Combine that with a sign at the front door that said no colors or knives and you get the vibe.

A buddy of mine played a wedding reception in a barn. It seems that Grandma and Grandpa were in charge of the reception, and they decided to do a farm theme...on the family farm. Of course, neither had any experience with planning, logistics, etc. So when his band arrived, they were asked to play on a pile of hay on the floor. They initially refused, and grandma and grandpa told them they could sweep it aside if they wanted, provided it was still piled around the band when they played. When they saw what was on the barn floor, they put the hay back in a hurry. Then there were the breakers that kept blowing, and the fans that couldn't keep the inside temp under 85°F....but back to the stage. The drummer (my buddy) had to put something in front of his bass drum to keep it from sliding...and he was provided with a tractor battery. It worked, after he put nails in front of it.
Surprisingly, the gig paid well.

I saw, many years ago, Blackfoot play on a floating (in water) stage. All fans were on land but the band played on this stage that went up and down. Crazy. 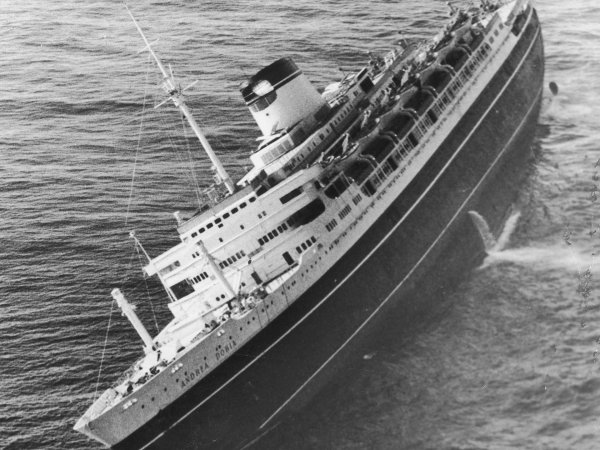 Yeah, flat beds are rough. And of course I’ve played on many tiny stages. But you know what, right now, I’d take anything!

Way back in the mid eighties I was with a Calypso band ( The Tropic Tones )and we had a house gig every saturday night at the YMCA , providing music for the local Fred Astaire Dance School . The stage was five feet off the ground and hollow . Plywood was really thin and the whole platform surface would bounce like a trampoline .

Hay wagons have wheels - not always a good idea , I have stories about those too .

hsosdrum said:
My worst-stage flatbed-trailer story wasn't so bad for me — there was enough room for my entire kit; I wasn't in danger of falling over backwards off of the trailer and the trailer had wood 2x6s laid between the metal ribs. But our lead singer was wearing open-toed platform shoes (this was 1975) and during our very last number he was performing typical "lead-singer schtick" when he grabbed his mic at the same moment his bare toe came in contact with one of the trailer's metal ribs, giving him a very strong electrical shock. His entire body spun through the air like a rag doll being tossed aside and he landed unconscious in a heap on the stage. The audience loved it (they thought it was part of the show) but we knew better and promptly ended the song. He was dazed and freaked-out but OK.
Click to expand...

I'll see myself out now...
You must log in or register to reply here.

Mapex. Where to get info

P
Educate me on cymbals + recommendations

Worst decision you ever made related to drumming.
2 3