Years ago I answered an ad for a “LOUD rock drummer”. I was then told I was too loud and that they wanted to put me behind a plexiglass cage for practices. Thankfully, they sucked and I passed.

Tough situation to be in because some musicians can be really fickle, and it seems whatever impression one makes on certain people seems to stick with them.

I am in a group that hosts open mics, one of the main issues that I see with drummers who sit in is that their time, or more pointedly, their backbeats are anemic, or inconsistent. When a drummer plays timidly like that it makes everything sound amateurish. Whether playing a Tom Petty song, or Zeppelin's "Tangerine," or even a shuffle, you need to play with a presence. (I'm not talking about trying to knock the mortar off the back wall of The Garden -just playing in way so you are provide a backbone (but balanced with the rest of the band) and add to the overall performance).
Not everyone you play with is used to playing with a drummer who has a presence, it distracts some people.

Over the summer a keyboard player that I frequently play with put together a last minute gig at a bar where the scheduled band had cancelled earlier in the day.
He threw together a set list that was varied mix of classic rock ( Petty, BTO, Seger etc) with some some interesting things thrown in (Rory Gallagher, John Mayall, a few Van Morrison tunes you don't normally hear, a rocked up T Waits tune etc. ) The "loudest" song in the set was "Peace, Love and Understanding."

The gig was 7-9:00 PM at an outdoor bar near a stream and some mountains...cool setting with fire pits and picnic tables & chairs around.. nice little stage too. I was a little surprised when the bass player (whom I had never met ) showed up with an electric hollow bodied bass (on a strap, not an upright) and a kind of small cube amp, maybe 30-50 Watts..

This was not supposed to be a low volume gig-Kybd player and gtr player brought their normal rigs.

The crowd filled up fast, bass player was good & solid, and things were sounding pretty good for not having played together before. ( we learned some of the songs via iPad before the gig).

Taking note of the bass player's rig, I was (as far as I thought) also conscience of my volume level, to me things were sounding balanced with the other players.
But I had no trouble hearing the bass player's amp.

Toward the end of the 1st set, right after "Peace, Love...." (which was a big hit with the crowd) the bass player leaned over to me and says, in a kind of annoyed tone "Can you PLEASE play softer?" And shook his head disapprovingly. I agreed and pulled back for the rest of the gig...didn't think too much of it... the kybd and gtr did not turn down whatever they were doing. The gig went over well, the bar owner was happy with the attendance.

After the gig, the bass player packed up and took off (got paid at the break) didn't say goodbye to anyone. I sent him a friend request on fb and an email telling him I enjoyed playing with him. No response to either.

The bar owner had a dB meter like the one in Mike T's post, told us that our levels were not a problem, well within what he considered a "red zone" - so no issue there. Watched some iPhone videos of the songs-nothing was too loud, and nobody was dominating the sound on stage...it was a pretty good mix from the crowd perspective. Those in the crowd were able to chat at their respective fire pits so I don't think the volume was an issue for anyone other than the bass player.
Kybd and gtr player thought we were fine level wise..(as did the band that was on after us). So we brushed it off.

I've played a lot of restaurant Jazz, playing articulately at low volumes was something I had to work on...it is a skill set for sure... but this was not that kind of a gig.

From what I was told, the bass guy plays a lot of Folk-Americana stuff where he is the only one that is amped (in many cases, no drums) ... maybe he was expecting something else...I guess this wasn't the gig for him.

My point is you can't please all the people all the time.. you just have to go with what you know to be right and not worry about it.
Last edited: Nov 29, 2021
M

I've met the type of people that make up "Band #1" many, many times. They're more common than not, and people like that are why I don't go out looking for bands to play in. I'd rather not play than deal with them. You'll never get a straight answer out of them, they're exceedingly dishonest, they are constantly going behind people's backs, and they cannot control their emotions.

It's taken you 6 years, but you finally dodged a bullet.

I’m so glad I don’t take pick up gigs anymore .

I am generally considered a "quiet" player so was amused when my bass drum's maker logo "Percussion House" was misread as "Percussion Mouse" by someone recently due to the Typography being a bit hard to read ... 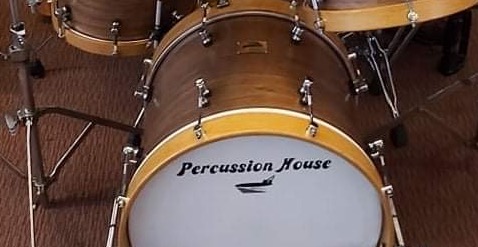 Ludwigboy said:
Personally, as a drummer, I thought I should be able to move between playing loud and soft in a given song or on a song by song basis. I have always been amazed by those drummers with a "feather touch"
I usually play quieter but when it is an energetic song, i get excited and play louder....
Click to expand...

This is what distinguishes good drummer from bad drummers. I am by no means a total pro, but I know my space and where to tell something louder. Ability to tell it with controlled excitement is the key.
It must not be played loud in order to let listeners hear, when you spice something louder and go back to previous level.
That is situation, when dynamics really works.
C

I’ve never been accused of playing too quiet, and only a few times have I been accused of playing to loud. Dynamics are a tricky thing, and part of it is “reading the room”…. There have been gigs where I couldn’t hit hard enough to make everyone happy (and I can play darn loud when I want to). But most of the time, it takes reading the volume of the room and figuring out where to sit in volume. It’s a lot harder with in ears, but if you’re at the level using in ears it’s really up to the sound guy at that point.