I just put half down for a contractor to build us a deck and build me custom shelves for my drums. I cannot wait to see how the room turns out.
T

I pretty much live in this room. The electrics I use to practice reading, the acoustics for most everything else.

Dave in VA,
You have some pretty nice coffee tables.

Dave, if you ever want to get rid of that furniture, the rugs and that Zildjian calendar give me a call!!!! Niiice!!!!!
D

DrumR69 said:
Dave in VA,
You have some pretty nice coffee tables.

Trey Gray said:
Dave, if you ever want to get rid of that furniture, the rugs and that Zildjian calendar give me a call!!!! Niiice!!!!!
Click to expand...

Set up like a virtual club called Blue Pickup Sessions. 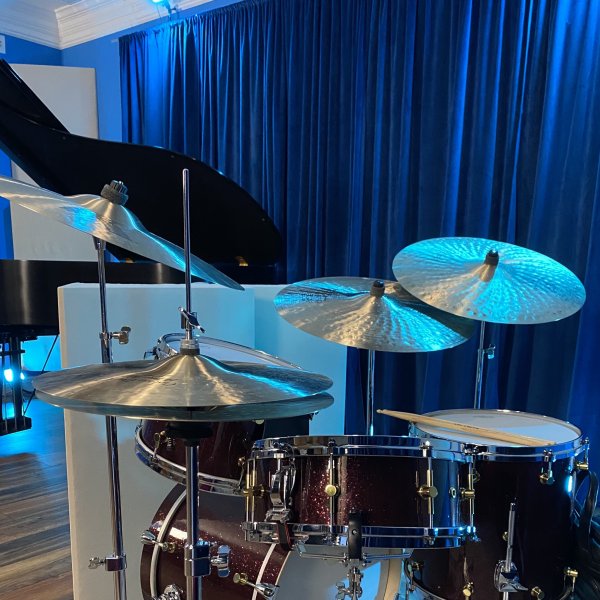 My upstairs loft and studio built in 02, the arch door Leeds into the studio. 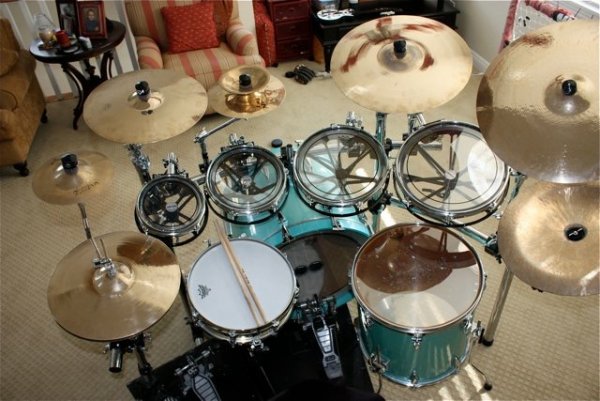 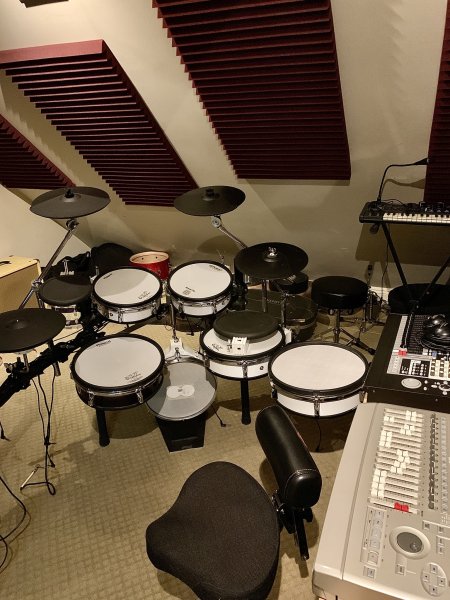 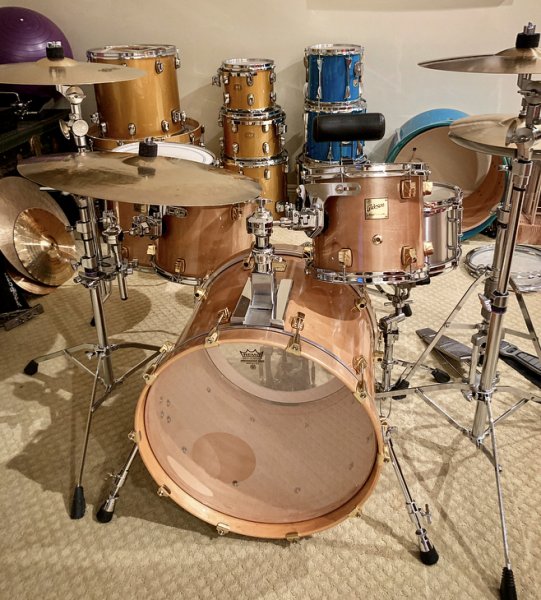 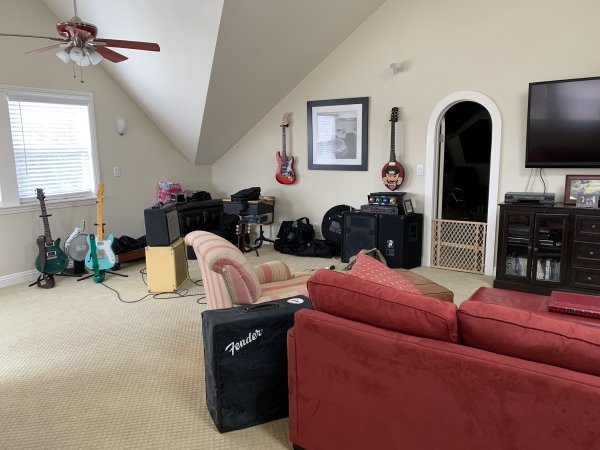 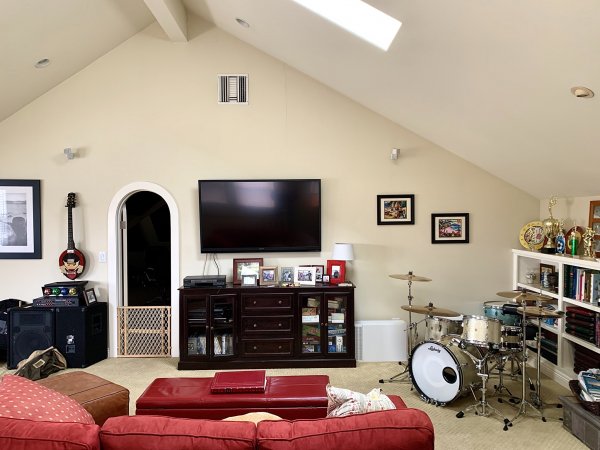 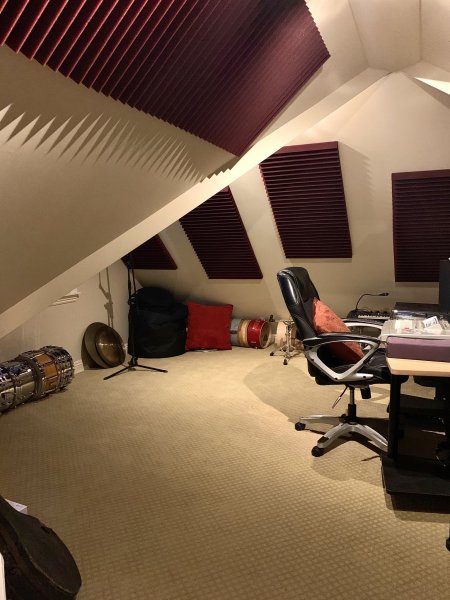 It's not a room it's a garage so that I'm close to the car (to gig) and close to nature.

I don't like being 'in' the house years ago had drums deep in the basement. Grew from that to being closer to the Nomad at a Moments Notice position.

Not a Living room drummer.

Not a Dining Room drummer.

Ready to hit the road at drop of hat.
Plus I get to play for the Trees and the Birds and the lawn and the Sky... when the weather's fine.
Don't wanna be stuck with drums in the House.
To me like being in a casket.

I don't always have two sets set up. The little ones were just going to a gig that week and I had them set up to prep.

I like technically being "near the outside "- drumming- even when I'm "in" the house.

That may change someday (have to move) and then I may set up right in front of the television
right off the dining room table ............ha
doubt that . Yea never..

Or may have nowhere to set drums up. That could happen.
None of the life sheeet is set in stone.
Altho this place has so far lasted me 50 years.

It's the old K Garage & Lounge.
drums. lawnmower and a chaise lounge.
Playing Drums are such a primal thing I like to be as close to nature and the sky as possible. 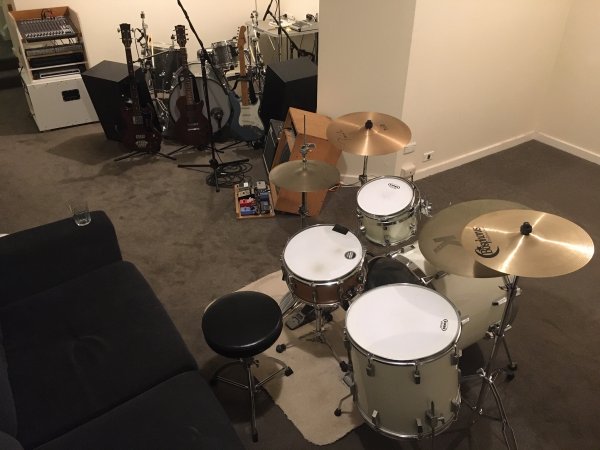 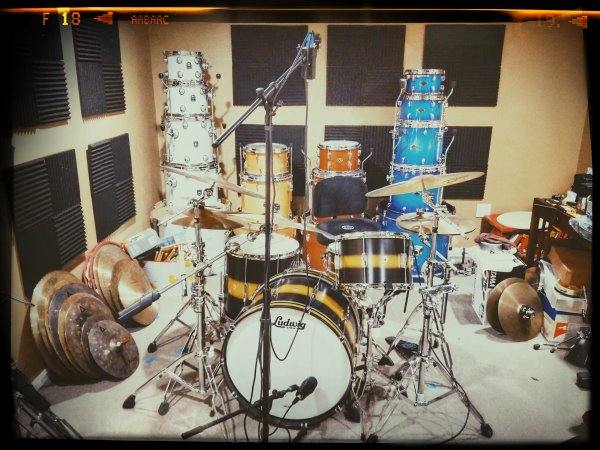 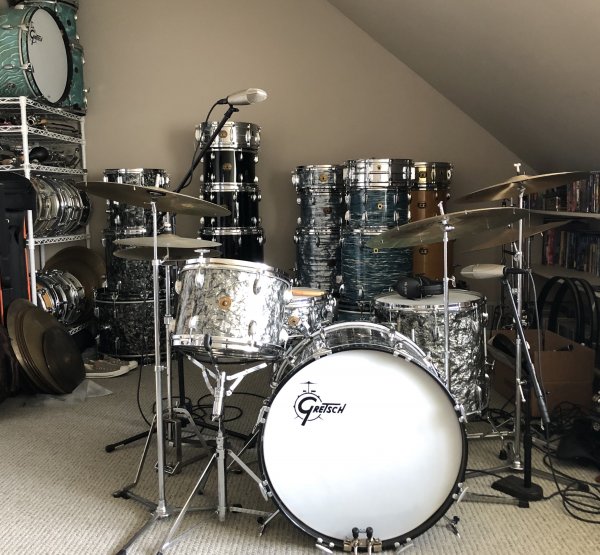 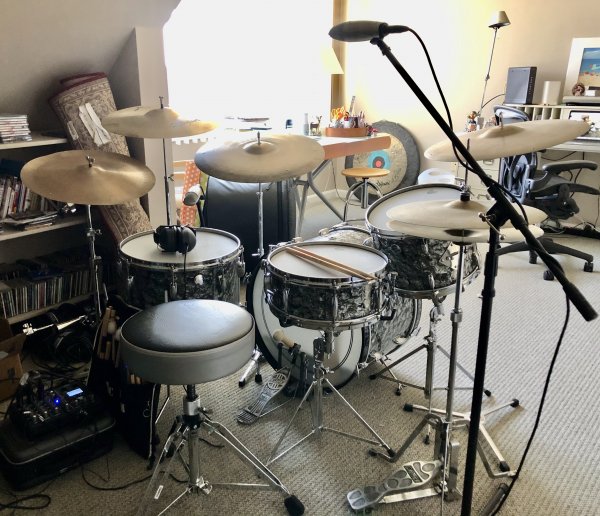 Set up my gigging kit yesterday in the drum room. 4th kit in the room now. Taking quarantine seriously! 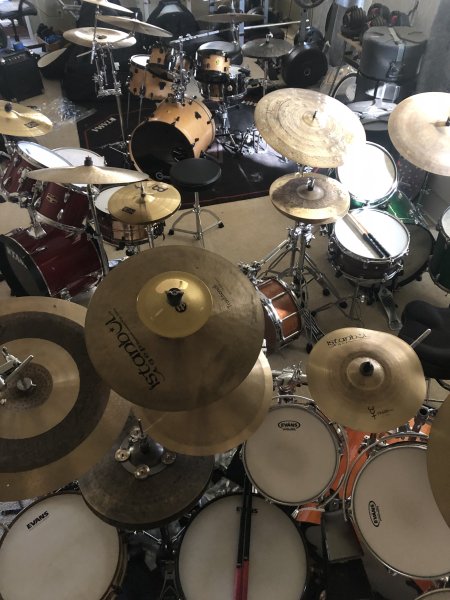 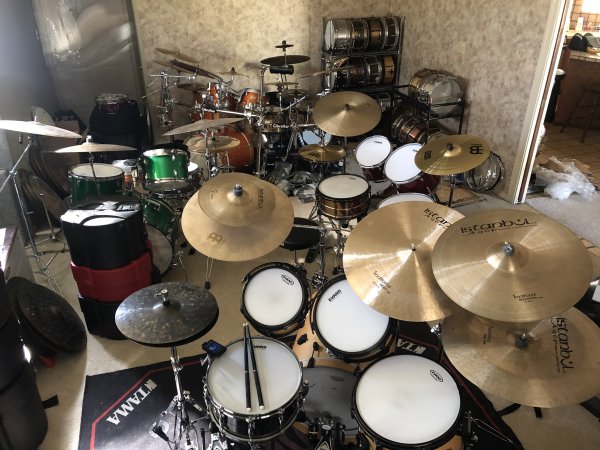 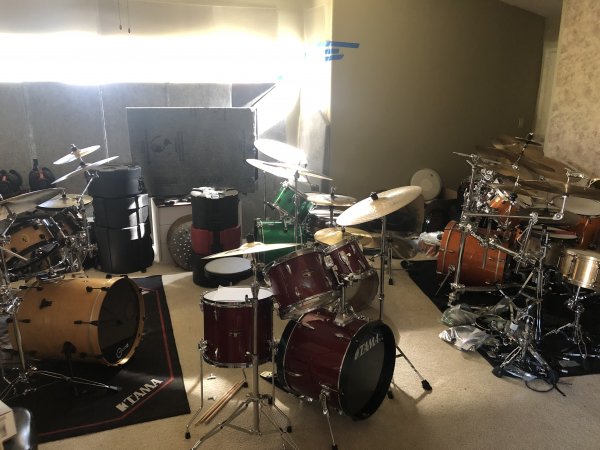 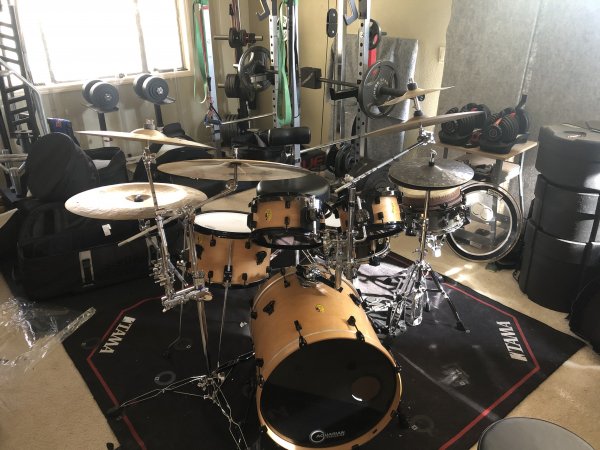 Only 19 more Sonor kits to go; in it for the long haul. 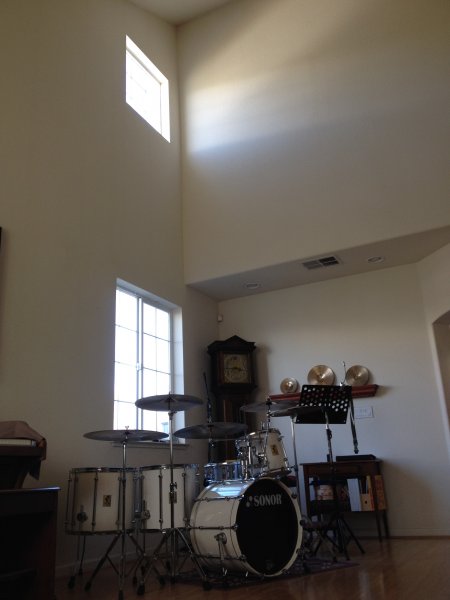 I'd love to see a list detailing the cymbals on those walls.
You must log in or register to reply here.