Here is my space, well the pic shows

Not much but spare half of the bedroom.

I have another kit in the basement that turned into a project kit but you don't want to see my basement.

Hey Kevin! nice to see you on here...

Here is part of mine... It's my happy place! 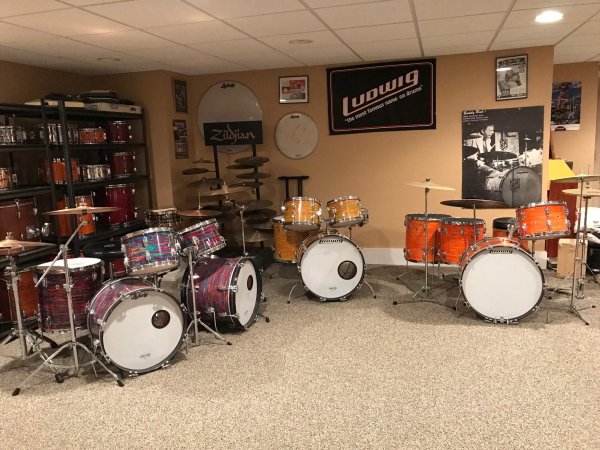 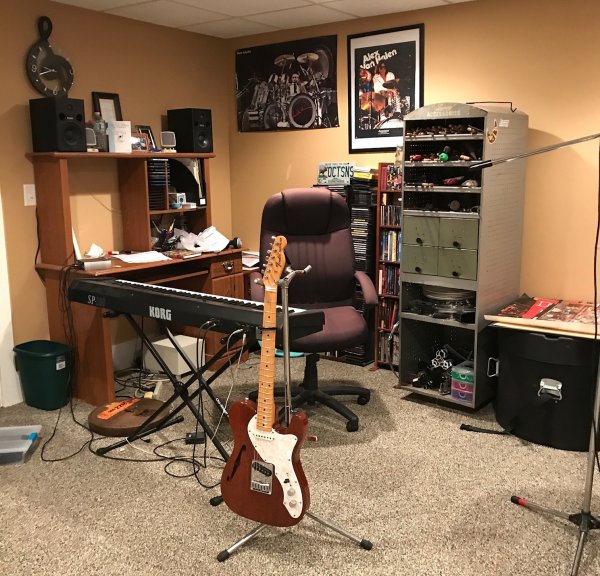 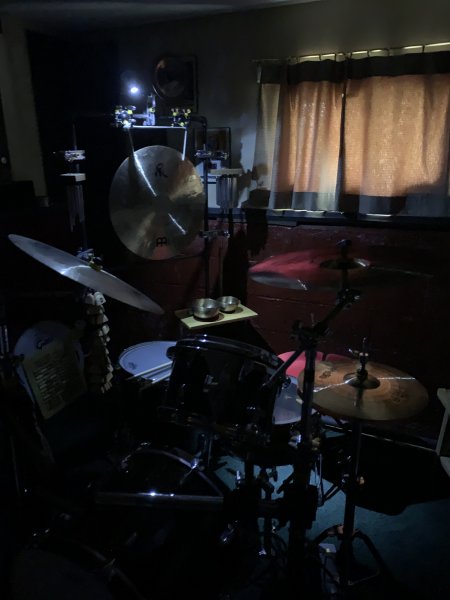 rubber - not Moongel - pad. When RTOM was bought that was the end of this pad, but I love it.

I have a little corner in the basement. My wife does her pottery on the other side. My son has his dinosaur lab near my kit. 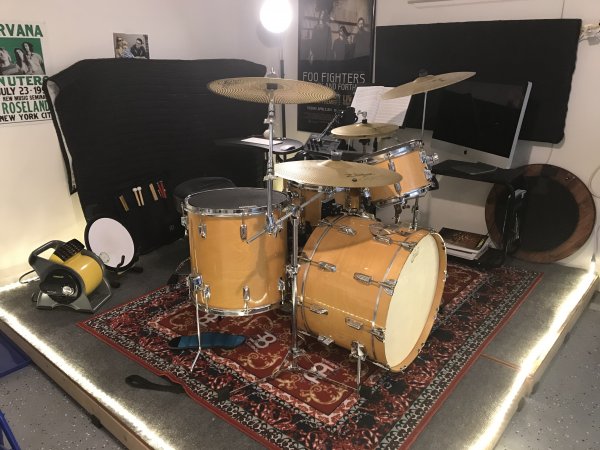 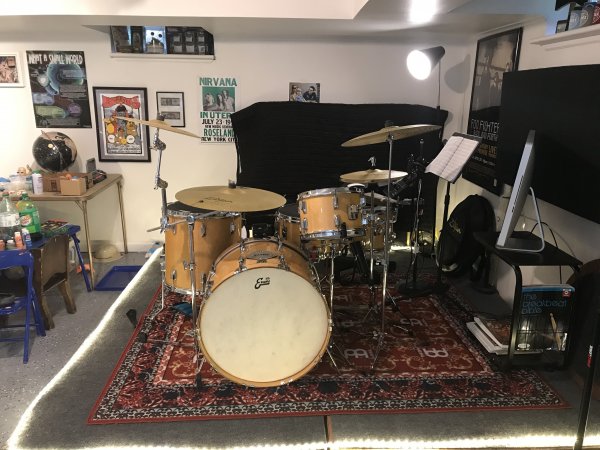 I just recently switched to righty open-handed. Since the pandemic, I've been doing online lessons with my drum teacher. He's an old friend of mine from junior high.

I’ve shown it elsewhere, but because someone pushed this thread........ 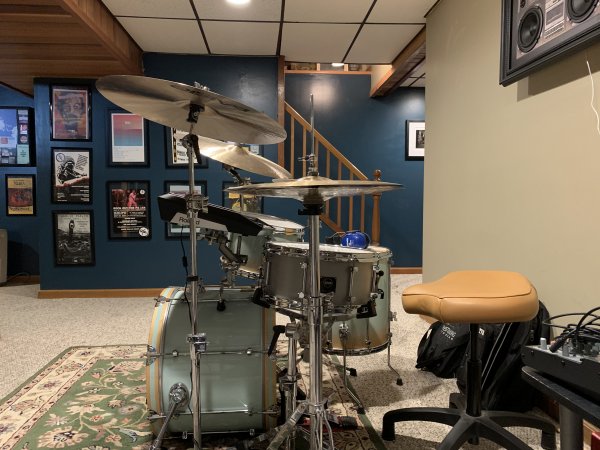 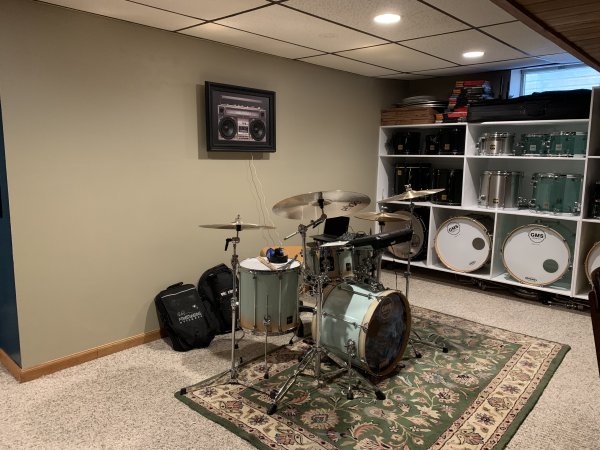 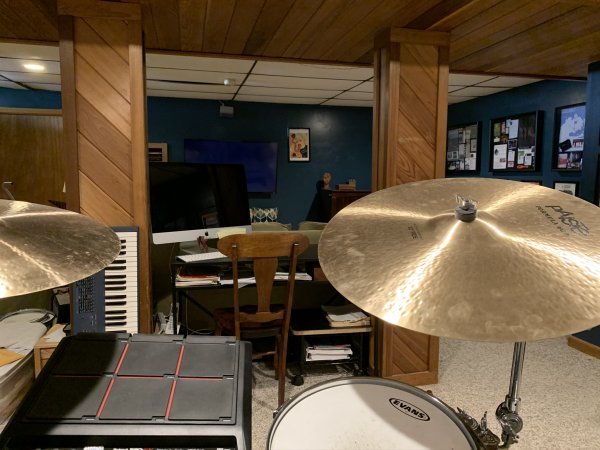 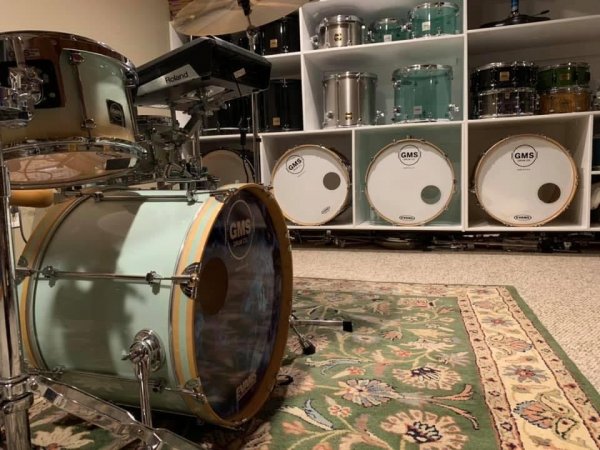 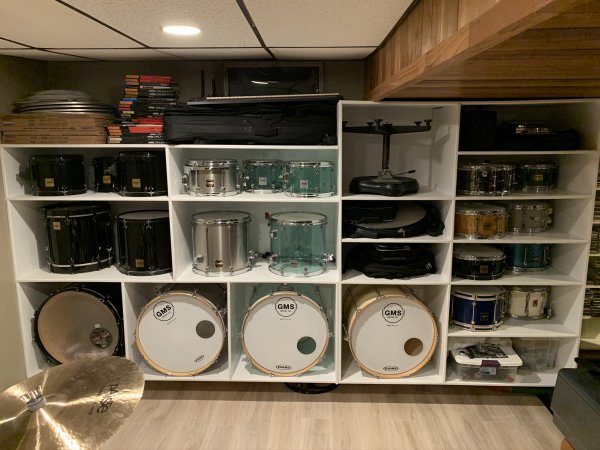 What a nice rooms you have!!
Some are incredible!!!!