I got these New Beat hi-hats with a late 70s Ludwig kit i picked up over a year ago. Initially I thought they were from the late 70s like the drums, but after poking around online, the stamp looks a bit too large to be late 70s and the interior ink stamp didn't seem to line up. All this makes me think that they're from the late '60s but I'm no Zildjian expert. What do you guys think? Thanks! 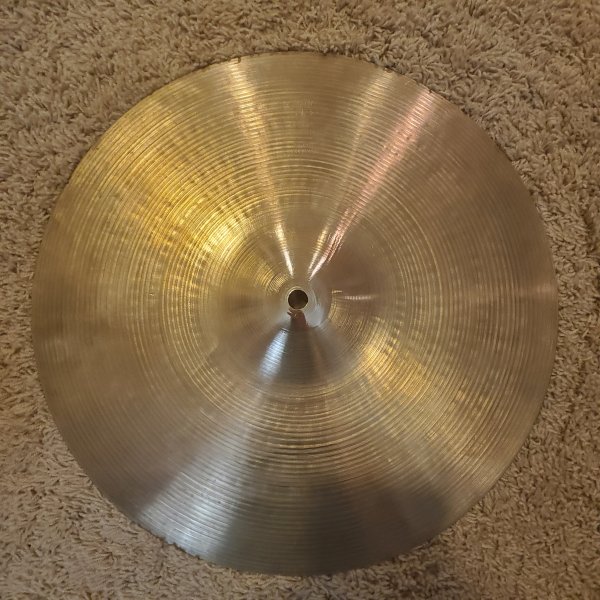 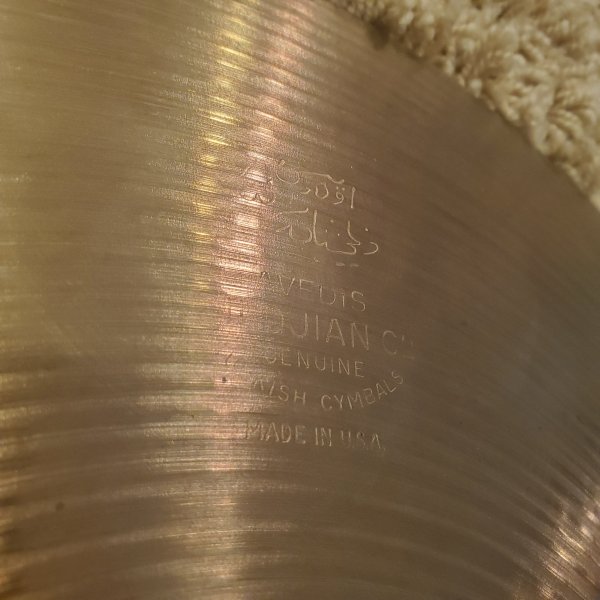 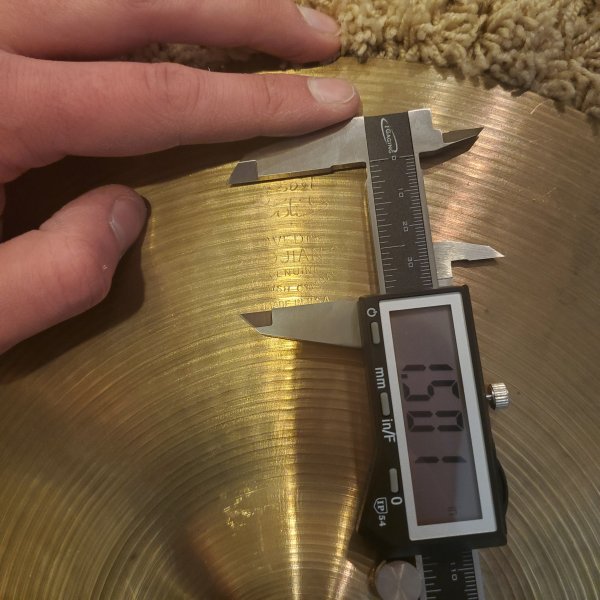 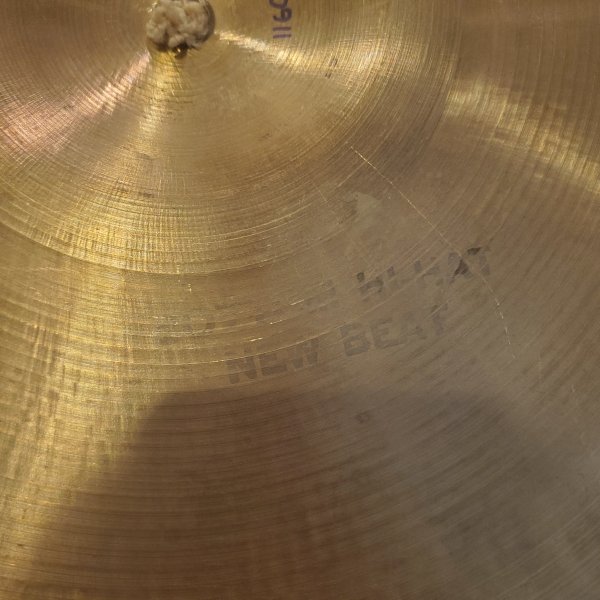 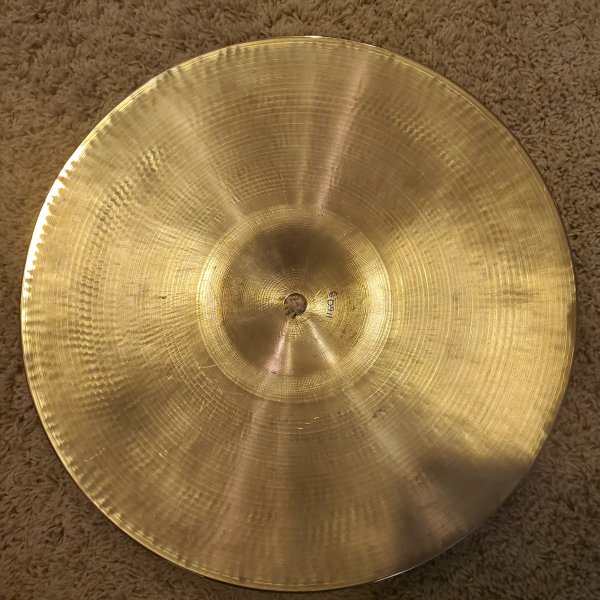 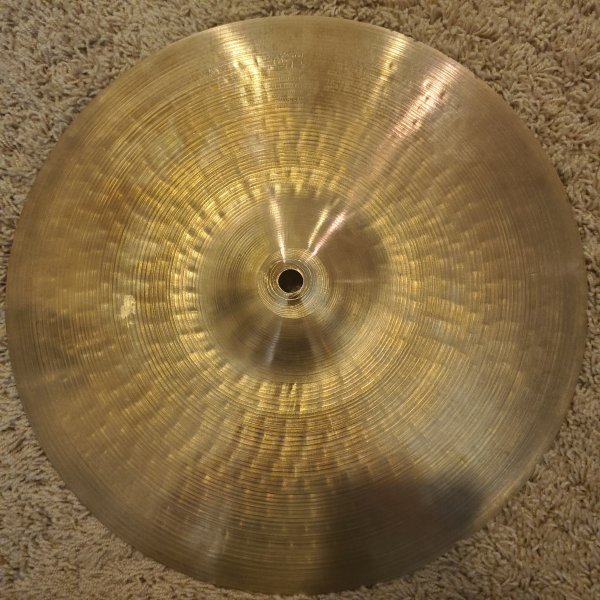 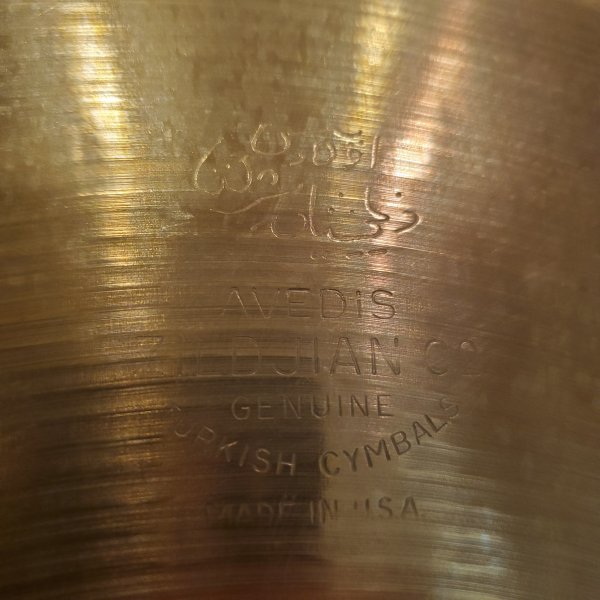 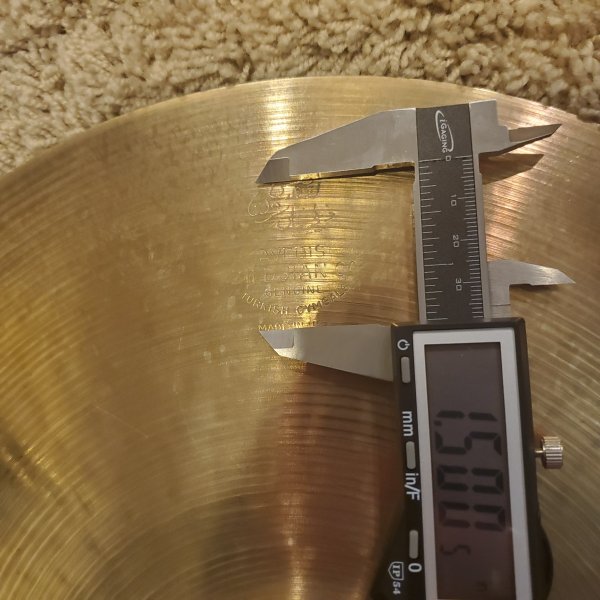 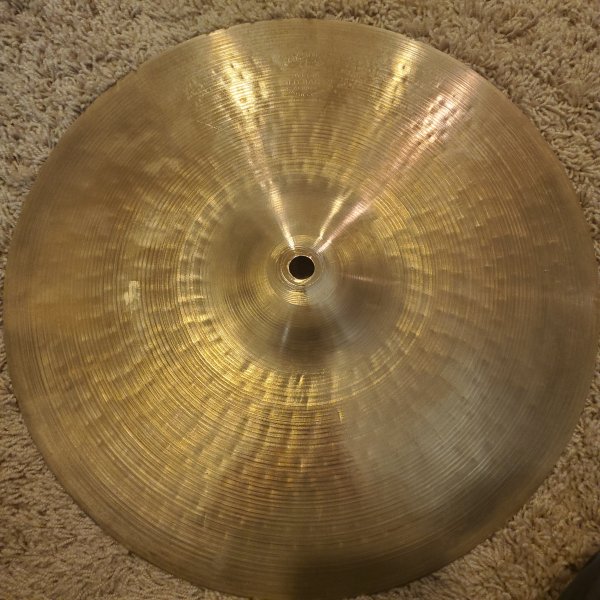 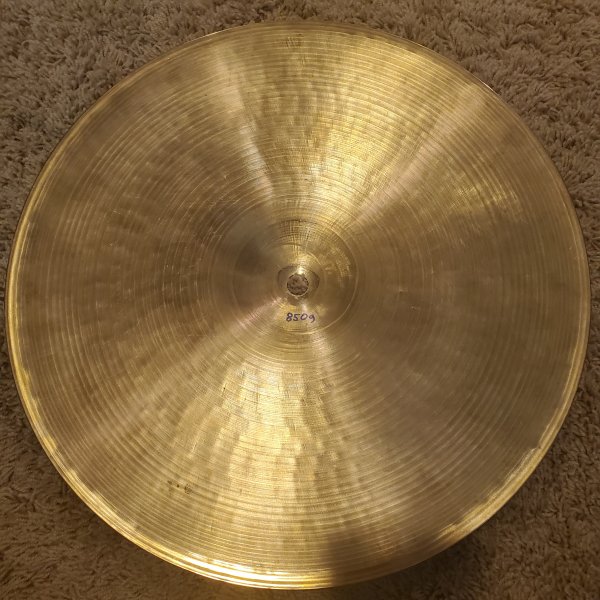 Beautiful set of later 1960's 1.5" "larger stamp." Hammering is on the heavier side. You normally don't see it that heavily done. One of the earlier sets of new beats I'd presume. And your weight spread is essentially ideal imo covering many genres of music. Hard to find them any better than this. And I've never run into a set of new beats with that larger stamp....always the 1.25" 60's, 70's, 80's. Not worth a big premium or anything because of the stamp....but they're unusual imo. It could take a long time to find a set that has all those qualities.

A close up of bell lathing would be good. I don't see strong and concentric lathing lines in your photos. Between the hammering and bell they almost have more of a late 50's/early 60's look to them. Could they have been dragged out of the vault years later and then stamped? Zenstat has noted that the l.5" stamp was not necessarily just late 1960's. But we do know New Beats were officially named in the 1966-1968 period. One wouldn't think you'd find them ink stamped as such from the early 1960's.
Last edited: Mar 21, 2020

Another name is "Tall Stamp".

I’m no expert but I still play my new beats I got new in 1975. I had 2 pairs but one top cracked so I sold that bottom. Mine had that same “BOTTOM HIHAT NEW BEAT” inked stamp although it has almost disappeared.
I wonder what year they started to use ink stamps? I will try to post a pic of my stamp...

"In 1972, the U.S. plant was upgraded significantly. The new facility in Norwell, Massachusetts, was as mechanized and technologically advanced as possible, reducing the amount of hand labor required to make the cymbals. The reject rate had always been high in the old manufacturing process. "

Those are the cleanest 'un-patina-ed' 1960's hihats I have ever seen.

Thanks for all the info guys. I really appreciate it. Here are a few close ups of the bell:

I didn't realize Zildjian switched factory locations. That's an interesting distinction. I haven't been too fond of the 70s Zildjians I've played and maybe that explains why.

ThomFloor said:
Those are the cleanest 'un-patina-ed' 1960's hihats I have ever seen.
Click to expand...

I was thinking the same thing. No MoJo,

premierplayer said:
I was thinking the same thing. No MoJo,

I think the previous owner must have cleaned them at some point. We also dont get as bad of corrosion here in colorado with how dry it is.
You must log in or register to reply here.

D
New, beginner and have some questions.